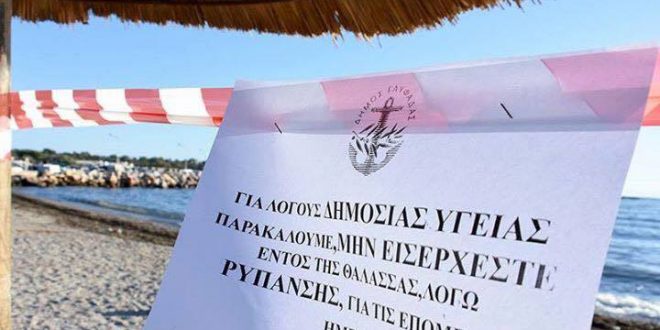 Oil Spill: To Swim or Not To Swim? Stand of Athens Riviera beaches

September 15, 2017 environment Comments Off on Oil Spill: To Swim or Not To Swim? Stand of Athens Riviera beaches 2,935 Views

Shipping minister Panagiotis Kouloumblis stunned and confused residents of Athens, Piraeus and Salamina when he stated Thursday evening on Skai TV that “people can go swimming” there was no problem in Salamina.

Indeed. Friday morning, some brave ones wore their bathing suits, packed their things and went for their daily swim at the beaches of Athens Riviera: Palaio Faliro, Alimos, Kalamaki, Glyfada… Alas! For many the morning plan was foiled, turned to a shock. Tar from the oil spill was washed out, making access to the sea impossible. A polluted coastline, 20 km long, from Piraeus to Glyfada and Voula. 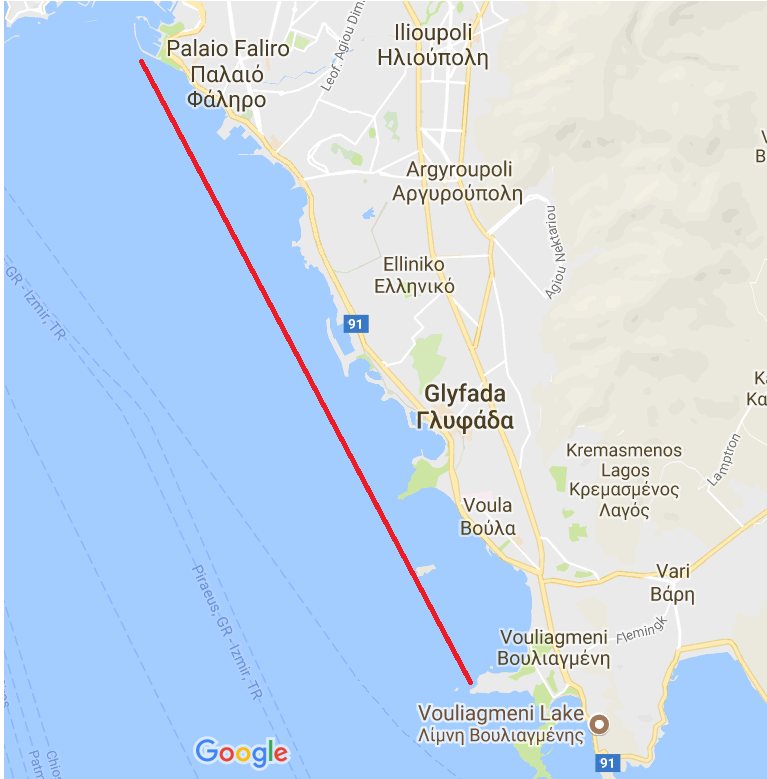 Below is the stand of  the beaches in Athens Riviera as of 2 p.m. Friday, Sept 15 2017, based on information provided by the affected municipalities, and Greece’s Center for Disease Prevention. 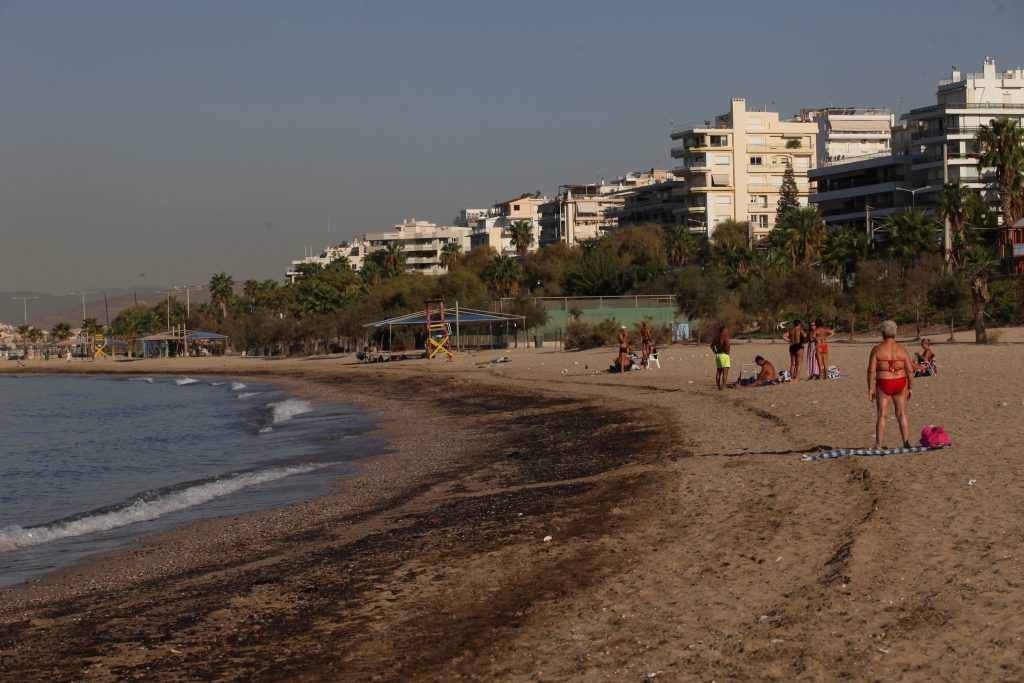 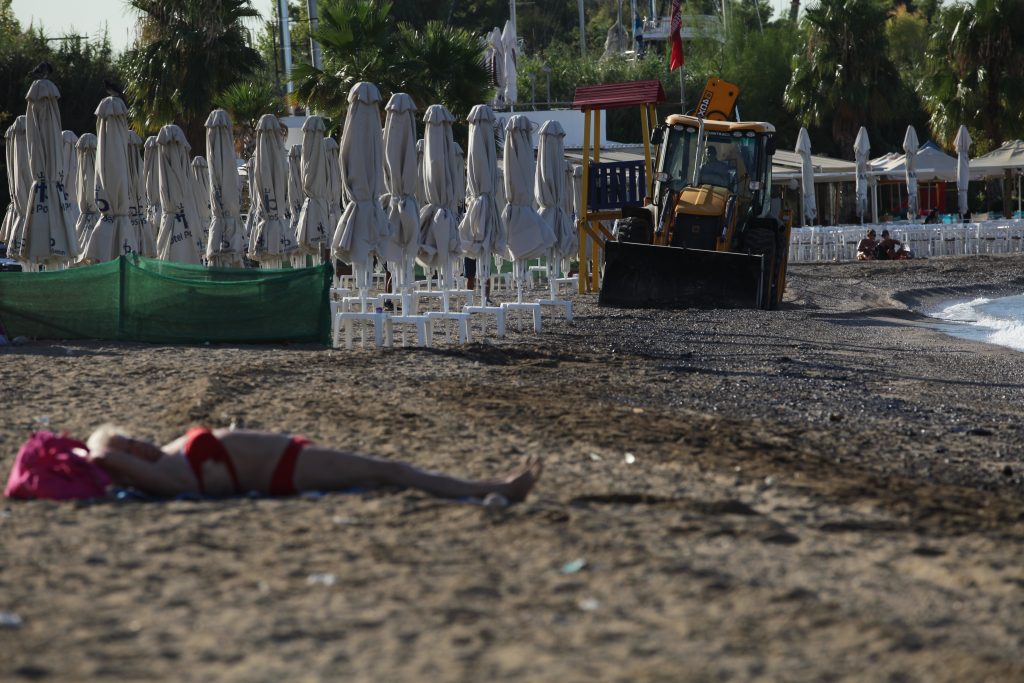 The Municipality of Palaio Faliro had issued a swimming warning already on Thursday.

“According to formal announcement from Local coastguard authorities, citizens and visitors of Palaio Faliro are not allowed to swim along the coastline due to sea pollution.” 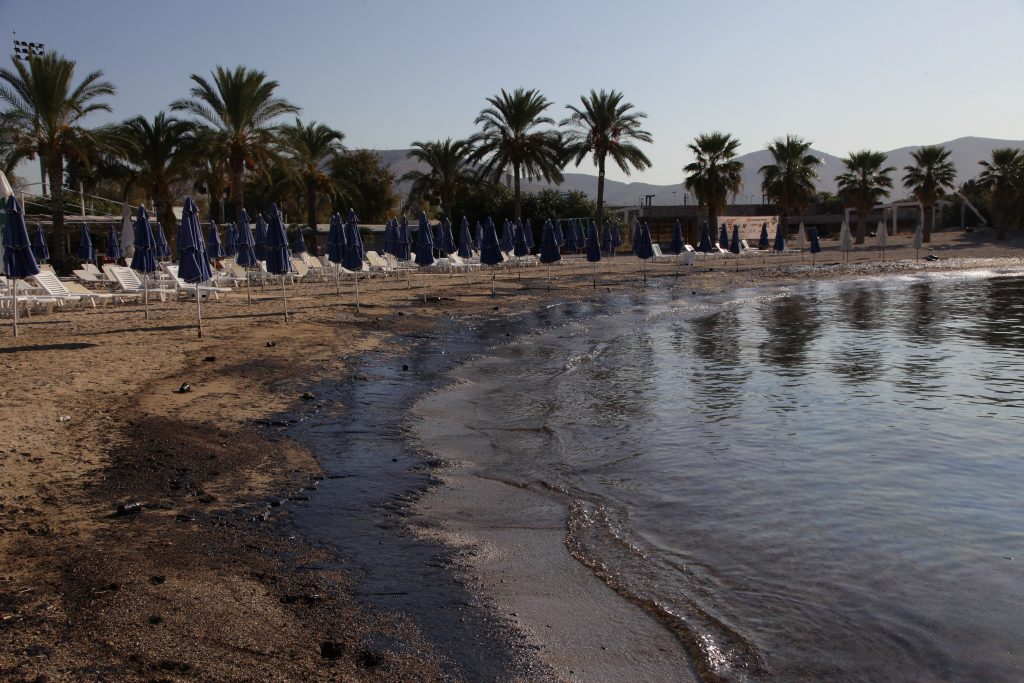 The Municipality of Elliniko-Argyoupolis has issued a warning saying swimming along the coastline of the municipality coastline is forbidden until further notice due to extensive pollution.

The Municipality says further that constant measures are being conducted about the quality of water and the pollution level.

Large parts of the 2nd and 3rd beaches in Glyfada have been cleaned up, floating damns have apparently prohibited further pollution.The general picture looks much better on Friday.

The oil spill pollution is not visible at first sight. However, particles of mazut are still swimming in the sea and so do some people.

Reporters screening the area saw already four swimmers in the water Friday morning, one of them was reportedly a Dutchman.

In a live report of Skai TV at noon, one swimmer  said “We have made a corridor in the sand to avoid stepping on the tar and facilitate access to the sea.”  When the reporter told him that mazut is still in the water, the man commented “We swim every day here…” He was just one of a handfull of people daring to go into the sea.

The mayor of Glyfada has repeatedly warned residents and visitors from going into the sea. 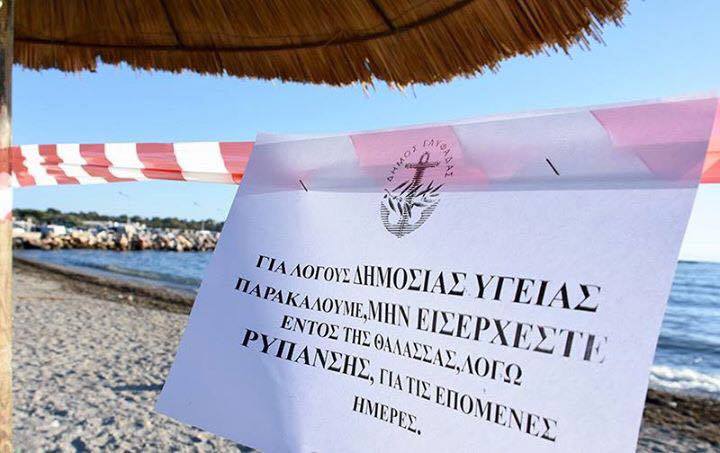 Red tapes and warning signs were set up across the beaches of Glyfada. “For reasons of public health, please, do not enter into the sea in the following days due to pollution.”

In multiple television interviews. the mayor urged eager swimmers to be patient until the results of new sea water measurements. But a Greek daily swimmer knows always better… Even if he swallows tiny fuel particles while swimming.

Immediate intervention into a quite big oil spill spotted some 3 nautical miles off the peninsula of the PIKPA beach on Wednesday evening have prohibited the dark masses from reaching the wonderful beach.

3,000-meter-long floating anti-pollution damns were set up on Thursday morning. An anti-pollution vehicle is standby at the camping beach for the case the ugly pollution reaches the beach.

According to a statement by the municipality Voula-Vari-Vouliagmeni, isolated oil spills were spotted at some of the countless beaches of the area, incl those in Kavouri.Municipality workers had immediately intervened to clean up. Citing the mayor, the statement noted “with the immediate intervention, we managed to save our beaches, the danger has been averted.”

In a later statement, the Voula municipality said that anti-pollution vessels from the EU and the Greek Coast Guard are currently attempting to collect the oil spill trapped within the floating dams.

All mayors at the coastline with the affected beaches proceeded with the clean up on own initiative and without any help from the state or the coast guard. They hired private anti-pollution companies, sent municipality workers and trucks to the beaches to collect the tar and the mazut after obtaining a permission by the Greek Coast Guard.

So far, the Mayors of Alimos and Glyfada have filed law suits against anyone responsible for the pollution. Also the Mayor of Piraeus joined the club. The environment protection WWF Greece announced on Thursday that it would also file a lawsuit.

Meanwhile, the Minister of Health, Andreas Xanthos, made clear that people should refrain to go for swimming and fishing in areas affected by the pollution. A relevant ministerial decision was issued later on Friday.

An team from the Environment Dept of Greece’s  Hellenic Center for Disease Control & Prevention (KEELPNO) inspected and affected areas Friday morning and issued a statement advising “people to refrain from going swimming in Piraeus, Palaio Faliro, Glyfada and Voula as well as exposure to polluted areas.”

For the time being, beaches at Athens Riviera are not suitable for swimming and/or sunbathing. 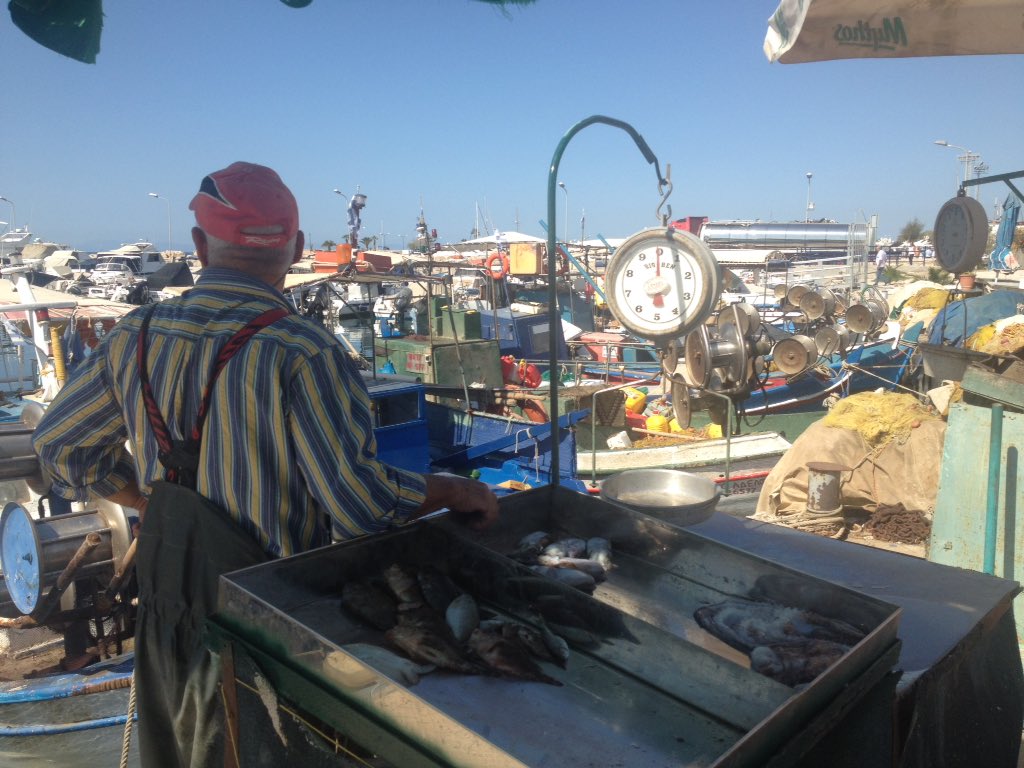 For fourth consecutive day, hardly one of the 500 professional fishermen active in the area set sail in the Saronic Gulf. “If the oil spill reached the sea bottom, we are economically broke,” the said. Demand for fresh fish had reportedly dropped by 60% on Thursday.

PS Temperatures are expected to rise to 36-37 degrees Celsius over the weekend.

The weather can change everything at anytime.