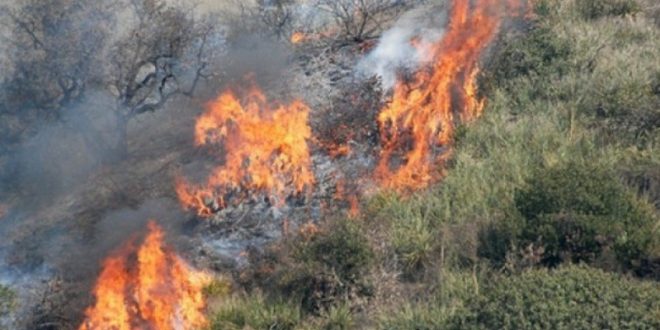 A 45-year-old volunteer firefighter was sentenced to eight months imprisonment on 3-year suspension for a wildfire in Kontakeika area on the island of Samos last week.

Last Thursday evening, the man had reportedly informed the volunteer firefighters units of the island about a fire in the area. He furthermore claimed that he saw a suspect trying to leaving the specific area.

However, fire service investigators found out that it was the same man who set the fire with a make-shift device and he later informed the fire brigades about of the wildfire.

PS if sentences on arsonists of any kind remain mild, Greece should not wonder about the wildfires destroying thousands of acres each summer.