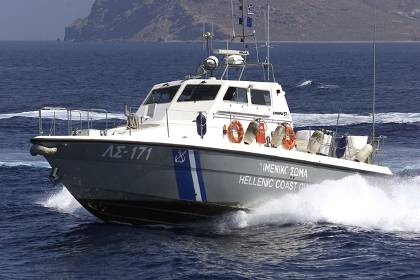 The rescue operation of a migrants boat turned into a serious incident between the Greek and the Turkish Coast Guard and set lives at risk, as the latter sailed closed to the port of Mytilene without permission.

According to local media from the island of Lesvos, a Greek Coast Guard vessel sailed for a Search and Rescue operation with regards to a boat carrying migrants.

The SAR operation ended with the trasnfer all the passengers on board of the coast guard vessel which set to sail towards the port of Mytilene with the inflatable boat tied on its stern.

At this time, two Turkish coast guard vessels entered the Greek territorial waters and started dangerous maneuvers around the vessel of the Greek coast guard.

The Greeks informed the Port Authority of Mytilene and continued their journey, while the Turks kept harassing the Greek vessel.

The Turkish vessels sailed as closed as almost outside the port of Mytilene.