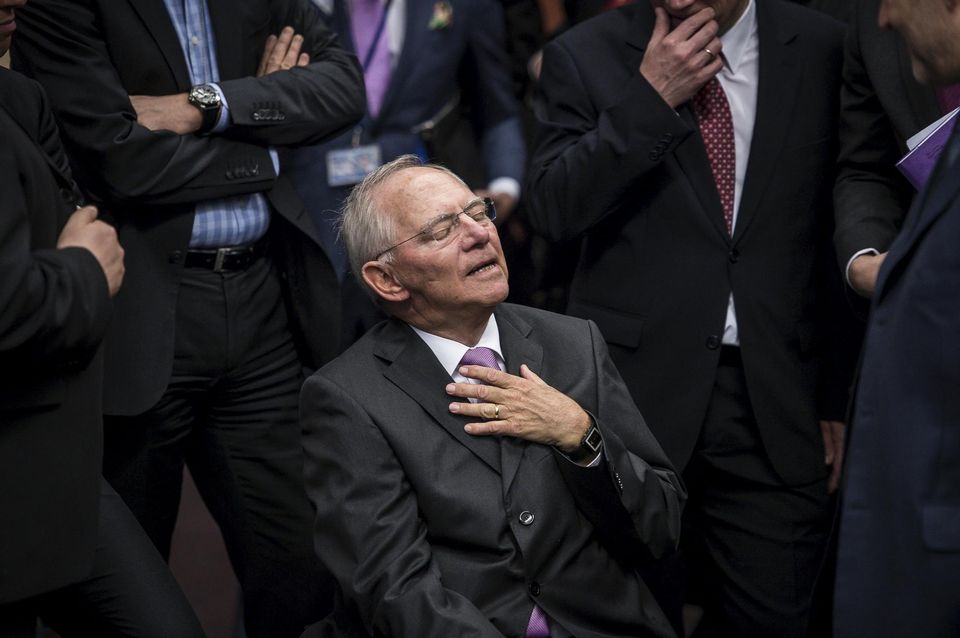 Wolfgang Schaeuble goes to German Bundestag to keep the far-rights under control. The hawkish finance minister of Chancellor Angela Merkel has reportedly bowed to pressure by senior conservatives of his own party, the Christian-Democrats of CDU, and is leaving the post that crowned him as the absolute ruler and the austerity despot of the eurozone.

The information has not been officially confirmed yet, however, the deal is considered as 100% certain, journalists in Berlin report.

Right after the elections on Sunday and the entrance of far-right AfD in the Parliament, senior conservatives raised pressure on Wolfgang Schaeuble to give up the finance ministry and instead impose his authority as head of Germany’s next parliament.

+++ Around 4 p.m. on Wed, the CDU/CSU fraction in the Parliament announced it will propose Schaeuble as candidate for Parliament Speaker.

Schaeuble has held the ministry since 2009 but Sunday’s election, in which Chancellor Angela Merkel’s conservatives bled support to the far right and found themselves needing to build an untried coalition, has raised doubts over whether he can keep the job.

The post of the Finance Minister is claimed by the pro-business, low-tax Free Democrats (FDP), whose support Merkel is likely to need, together with the Greens, to assemble a working majority.

Armin Schuster, member of the executive committee of Merkel’s CDU said that, if Schaeuble were to become parliamentary speaker, it would be “very important – because of the AfD and the climate in parliament”.

Guenther Oettinger, the European Union’s budget commissioner and a conservative from the same region as Schaeuble, told the  newspaper that Schaeuble would make an “ideal” candidate for the post.

After the election on Sunday, 75-year-old Schaeuble refrained to discuss his future in public.

There was talk that he did not want to leave the post and that Chancellor Merkel had undertaken the role to offer him a new role in her new coalition government.

Wolfgang Schaeuble is the eldest member of the German Parliament with 45 service years.

The question is now: Who will be the next Finance Minister?

FDP chief Christian Lindner is said to be Parliament group leader, therefore somebody else form his ne0-liberal party will be picked up for the post of FinMin.

PS of course, the AfD is not “the Greeks” whom Schaeuble loved to put under pressure and blackmailed them with Take it or Leave.

Yet. If he doesn’t get the lesson, I can well imagine that he launch a debate in German Parliament once a month on whether Berlin should give one cent to Greece.