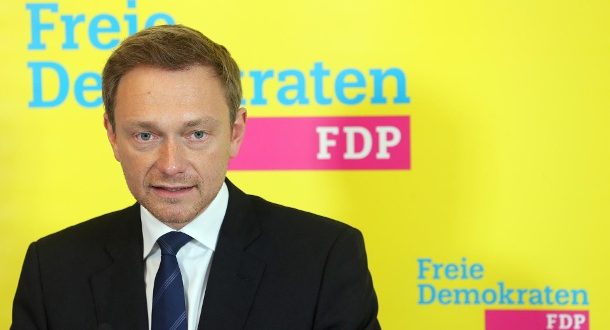 FDP leader criticizes Schaeuble was not “tough enough” on Greece

The leader of Germany’s pro-business Free Democrats (FDP), a possible junior partner in Chancellor Angela Merkel’s next coalition government, has called for a tougher stance on fiscal and euro zone policy – without so far claiming the finance ministry.

Merkel is trying to form a three-way coalition with the FDP and the Greens after her conservatives lost support in a federal election last month and it has been widely speculated that the FDP would demand the top finance post as a price for joining.

“For us, a change in fiscal policy is more important than a new minister,” FDP leader Christian Lindner told Handelsblatt newspaper in an interview published on Friday.

Lindner ruled out taking on new debt to manage the balancing act of cutting income taxes and increasing investment on digital infrastructure – two key demands of his party.

He criticized outgoing Finance Minister Wolfgang Schaeuble for not being tough enough on Greece and not cutting income taxes for middle-class workers.

“Mr. Schaeuble did not manage to impose himself over the chancellor in many questions of European policy. Just remember the third aid package for Greece, which he originally did not want to do,” Lindner said.

He called for the creation of an insolvency law for euro zone member states, adding that countries should be able to leave the single currency while remaining in the European Union.

The FDP leader also called for a reduction of the number of refugees arriving in Germany, a key demand from Merkel’s CSU sister party, and the introduction of an immigration law to attract highly educated workers from abroad. (full story reuters)