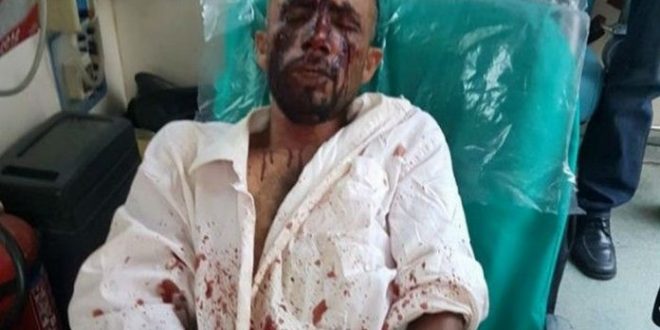 Two migrant workers were attacked in Aspropyrgos, west of Athens, on Saturday. The Pakistani nationals were working on a farm when a “hit-squad” consisting of  five men surrounded them hurling racist slurs, beat them with knuckled-dusters and stabbed them with knives. The brutally beaten men were heavily injured transferred to a hospital in Piraeus. Although, two of perpetrators were identified in police records, no operation so far to arrest the attackers.

The two workers, identified as Pakistani nationals Safak Mahmud and Vakas Hussein, were working on a farm when they were surrounded by five men hurling racist slurs and brutally beaten. 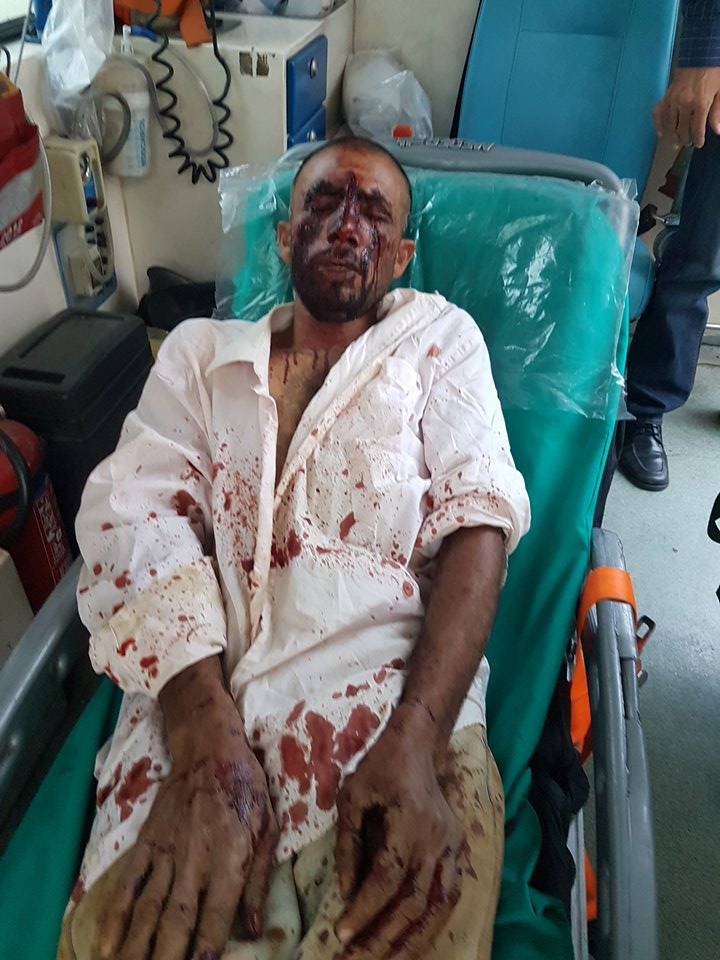 The assailants used knuckled-dusters, rocks and a knife, while also threatening to burn  them alive. 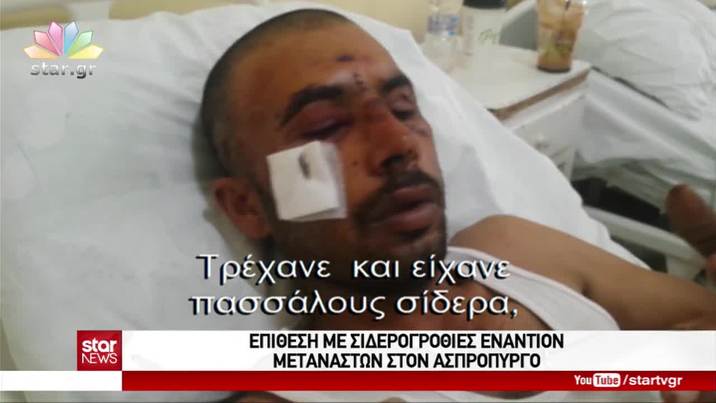 Mahmud told private ANT1 TV that they were been stalking and threatened by members of extreme-right wing Golden Dawn for quite some time. He said that they were being photographed and when he asked the reason for the pictures, they were told to “leave the area.”

The victims’ testimonies are shocking: they were attacked by those five men who beat them and “stabbed one below the eye” and even threatened to “burn them alive.”

Mahmud was still undergoing treatment at Piraeus’s Tzaneio Hospital for injuries to his head on Sunday, while Hussein was reportedly discharged the previous night after his wounds were treated.

During the investigation, Mahmud has reportedly identified two of the attackers whose pictures were in police archives. According to the authorities, the two suspects belong to known groups of people who live in the area, have strong racist motives and want to persecute Pakistani workers in order to get their jobs.

According to website news247.gr, these groups attack mostly Pakistani workers who live and work in Gorysta area of Aspropyrgos. Migrant workers in the area are exposed to daily attacks by these groups that chase migrants workers on the fields and in the streets, but also raid their homes at night, news247.gr writes. Citing a local farm owner the website notes that the members of these groups are known, “but nobody does anything against them.”

Anti-racist groups have recorded some 60 attacks against migrant workers in the area during the last months. The victims are left behind with broken bones and open wounds but are afraid to turn to the police, fearing for their lives.

The president of the Pakistani Community in Greece told the website that one of the victims of Saturday, was known to attackers because “Mahmoud had participated in protests against racist attacks in the area.”

News247.gr has described these attack gangs as “the Ku Klux Klan of Aspropyrgos.”

The racist attack was condemned by SYRIZA, KKE and PASOK but also by Golden Dawn that said it had nothing to do with the attack and that it “condemns violence.”

The Movement against Racism and Fascist Threat (KEEFRA) urges for the arrest of the racist hit-squads and the conclusion the trial against the Golden Dawn. “The attacks occurs just days after GD MP Kasidiaris was sentenced for calling workers in Aspropyrgos garbage, KEERFA stresses.