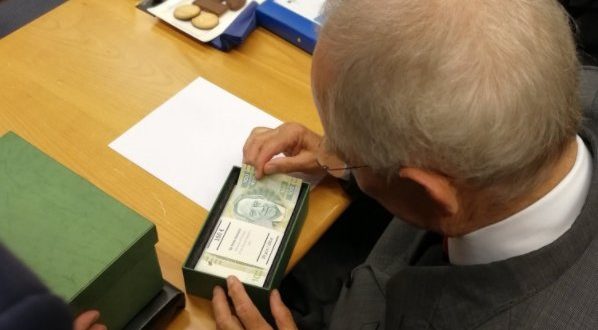 Eurogroup says farewell to Schaeuble, first time Greece not on the agenda

October 9, 2017 Economy Comments Off on Eurogroup says farewell to Schaeuble, first time Greece not on the agenda 424 Views

End of an era. End of the Schaeuble era. 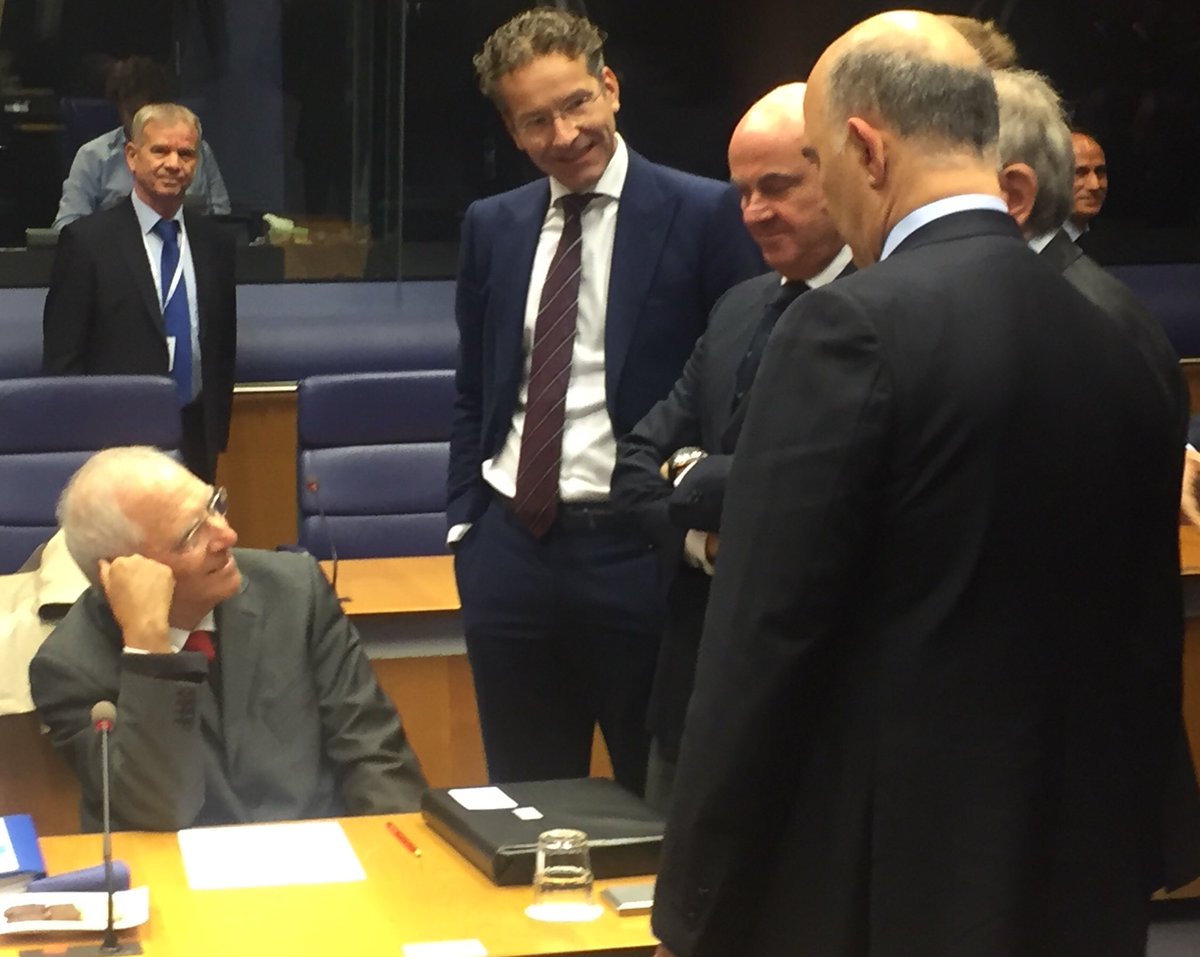 His colleagues paid tribute to the longest serving member. They signed on an European Union flag and handed it over to him. 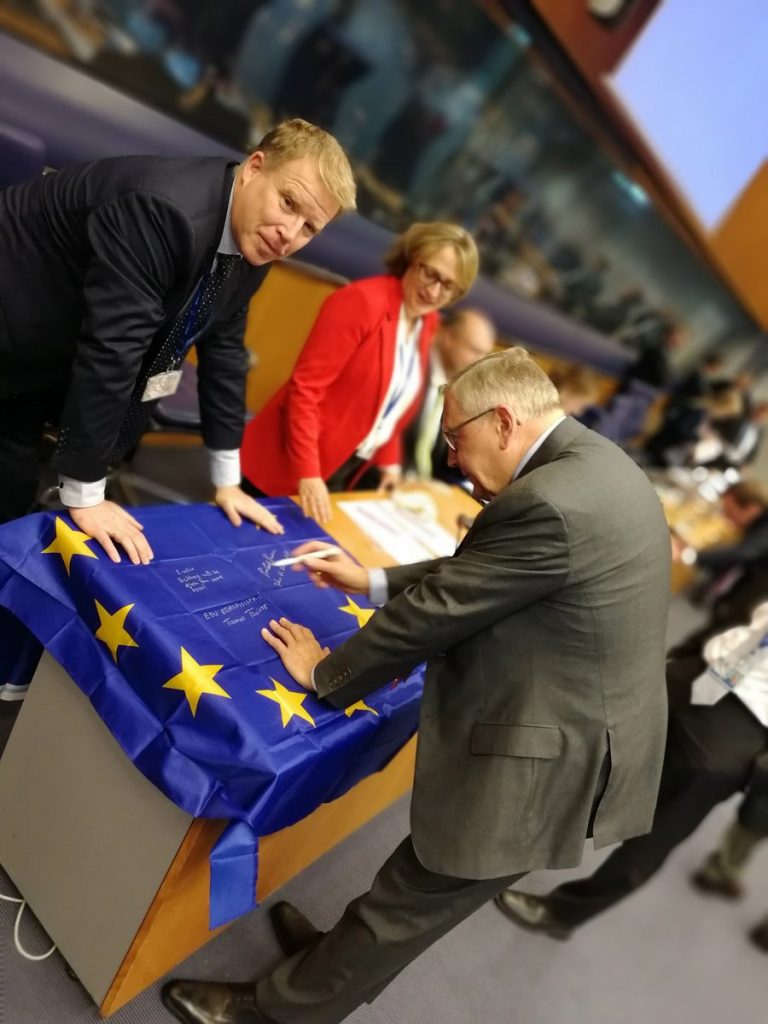 Slovakian finance minister Peter Kazimir’s farewell gift was a 100-euro bank note with a copy of his face. 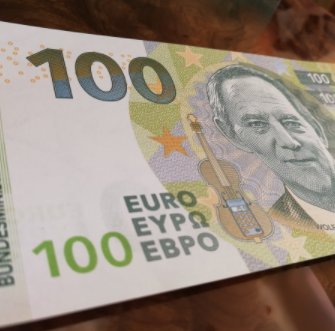 the very last #Eurogroup & #eurozone with #Germany FinMin Wolfgang #Schauble – believe or not it was fun to have him around. #EU #EMU #euro 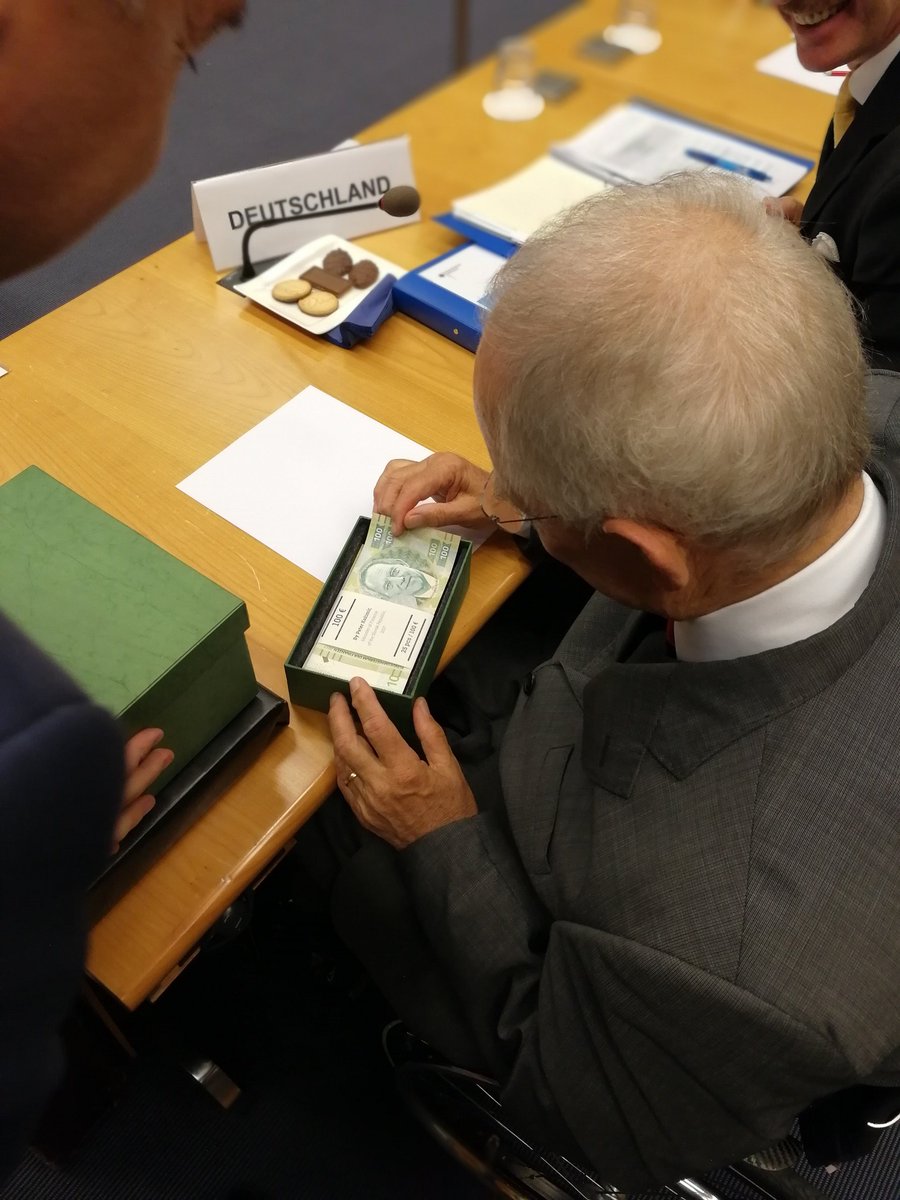 European Commissioner Pierre Moscovici said Schaeuble’s “departure is an earthquake for the Eurogroup.”
Eurogroup chief Jeroen Dijsselbloem reiterated that nothing will change in the Greek program.
Bad loans along with growing levels of global debt may push the world into another financial crisis, said Wolfgang Schaeuble in his parting speech as German Finance Minister.

“Economists all over the world are concerned about the increased risks arising from the accumulation of more and more liquidity and the growth of public and private debt. I myself am concerned about this, too,” Schaeuble said in an interview with the Financial Times.

There is a risk of “new bubbles” emerging as central banks across the world are pumping trillions of dollars into the markets, according to Schaeuble, who will become speaker of the Bundestag in Germany’s new government.

“The respected economist highlighted concerns over the potential threat to stability in the euro zone amid the lenders’ attempts to fight the post-crisis legacy of non-performing loans,” notes RT.com adding that he “has been strongly advocating fiscal rectitude, being a key influence to the continent’s policy response to the euro zone debt crisis.”

Schaeuble has been usually criticized also for using the Grexit threat as a tool to blackmail Greece.

“The majority in the Eurogroup was in favor of Greece leaving EURO in 2015 not me personally,” he said in the interview.

No No No. It wasn’t Schaeuble who wanted Grexit. He had just the Grexit plan ready in summer 2011, a year after Greece turned to lenders for rescue.

Meanwhile, the Dutch political parties seem to have finally agreed on a colaition government, which doe snot inlcude Jeroen Dijseelbloem and his party. Ho0wever, Eurogroup ministers said that he should stay as chief until January. 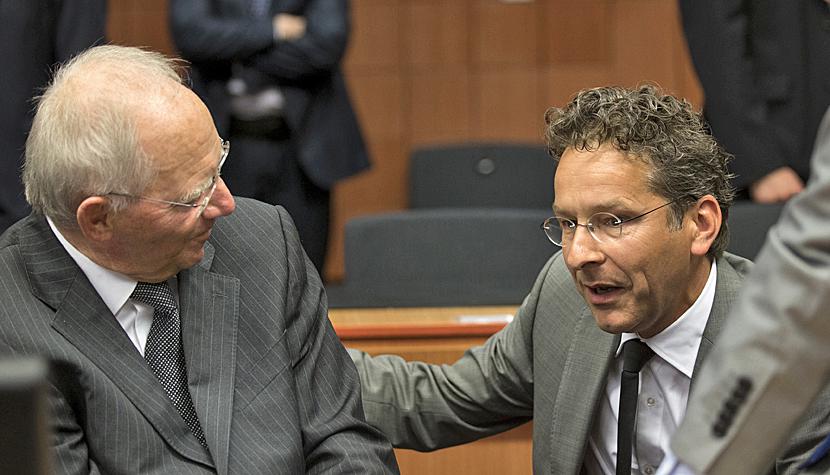 Wolfgang Schaeuble always used and misused Greece as an example to scare the rest of the euro zone members.

That’s why I will not regret to see him go. Even if his successors will turn worse than him.

In addition, the old man had turned incredibly obsessed with Greece, he kept chewing on the same anti-Greek country again and again, and sounded like a broken gramophone in the during the last year.

He can know channel his obsession against the German fascists in the Bundestag.

Although I am sure he will be keeping lecturing on Greece and its finances until the end of his days.

Mercy? Sorry. I don’t find a tiny bit for him to be deprived of his favorite role as finance minister and monarch in an institution that is supposed to be democratic.

Sad to see you go NOT.