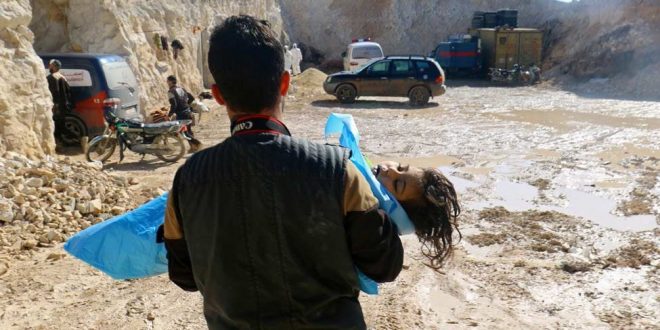 October 10, 2017 Refugees Comments Off on 5-year-old refugee girl from Syria may have died due to chemical weapons exposure 447 Views

Forensic examination conducted on Monday did not shed light into the causes of death of a 5-year-old refugee child from Syria that died in the Moria Reception and Identification Center on the island of Lesvos.

According to initial information the child was suffering from a brain disease and that was the reason her parents had traveled to Europe. They wanted to bring the child into a good hospital and seek treatment.

The forensic examination did not confirm the parents’ claims of an incurable disease.

The autopsy showed a brain atrophy and a healed burn wound on the girl’s head.

Citing sources form the forensic department of Mytilene, local media lesvosnews.net writes that “these findings lead to indications that the little girl have died from the effects of chemical weapons used in the war in Syria” the country of origin of the girl.

Further histological examination of the child’s brain are expected to shed light to the exact causes of her death.

Together with her parents and five sibling the girl came to the island of Lesvos on a smugglers’ boat from the Turkish coast on October 3rd. On Sunday morning, Oct 8, the parents found the girl unconscious. An ambulance took the refugee child to the hospital. Doctors could only confirm her death.

Chemical Weapons Watchdog have found that nerve gas Sarin was used twice -in March and April – in attacks in Syria. 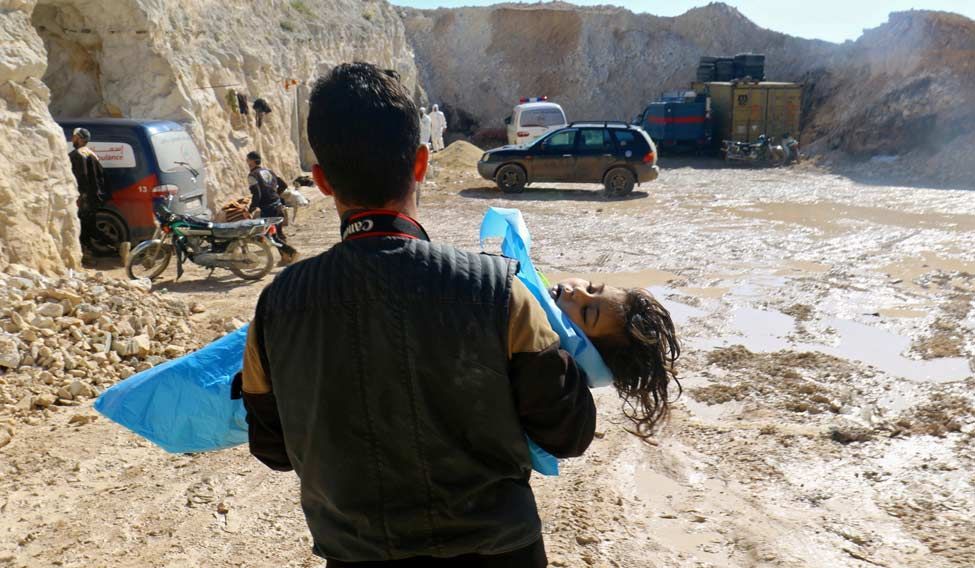 A man carries the body of a dead child, after what rescue workers described as a suspected gas attack in the town of Khan Sheikhoun in April 2017.