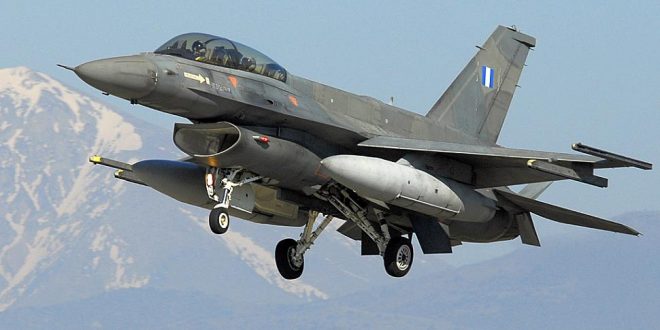 Cornered by fierce opposition criticism and lenders’ reservation to spend €2.4billion for defense issues, the Greek government defended the controversial F-16 deal with the U.S. The deal is not expected to harm the fiscal progress, the government spokesman said, while the defense ministry claimed that the upgrade work will be carried out in Greece and not in U.S.A. as President Donald Trump said.

“It (the deal) is not expected to impact in any way the country’s progress on fiscal targets or the fiscal balance of its budget,” spokesman Dimitris Tzanakopoulos told reporters. He added that “discussions have progressed but the deal over the Lockheed Martin fighter jets upgrade has not yet been sealed.”

Saying that Greece has about 160 F-16 fighter jets, he clarified that any deal would involve the upgrading about 85 to 95.

The upgrade was not expected to cost more than 1.1 billion euros ($1.3 billion), a sum which would be paid in annual installments of about 110 million euros over a decade.

Also the Greek Defense Ministry also responded to the political controversy over the deal and for one more time, it contradicted US President Donal Trump who said that the upgrade will take place in Texas creating jobs for the Americans.

The work will be carried out at the Hellenic Aerospace Industry and will cost no more than $1.1 billion, instead of the $2.4 billion a full upgrade has been calculated to run to, the ministry said. It added, however, that the final cost of the project will be determined in negotiations with the American authorities.

Sources in Brussels told Greek media that financial details should be discussed when there is more clarification on the deal but much will depends on the terms and the timing of the agreement.

During the press briefing, Tzanakopoulos said Athens was ready to provide any information to the Commission adding “there is no reason for any concern. It is logical that the EU Commission would want to be briefed and it will get all the necessary information, if requested.”

Greece spends about 2 percent of its gross domestic product – roughly 3.5 billion euros – on defence, more than the EU’s average, largely due to long-standing tensions with its neighbor and fellow NATO member Turkey.