Breaking News
Home / News / Politics / Refugees / Patras: Migrants swim to ferries in order to get on board and travel to Italy (video) 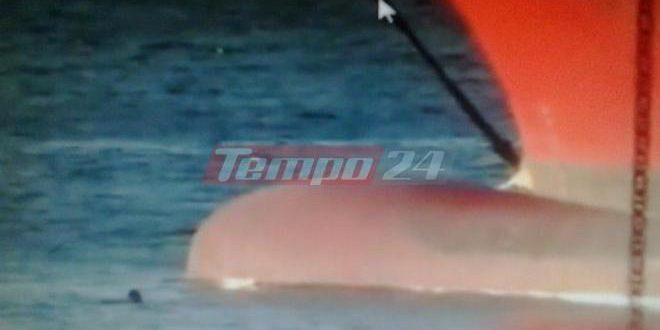 Patras: Migrants swim to ferries in order to get on board and travel to Italy (video)

October 27, 2017 Refugees Comments Off on Patras: Migrants swim to ferries in order to get on board and travel to Italy (video) 899 Views

In Patras, Western Greece, migrants are seen to jump into the sea and are swimming towards departing ferries in an effort to leave Greece for Italy. They climb through the hanging ropes and try to get on board.

The desperate ‘escape’ has been observed in the old port of Patras in recent days.

According to local media tempo24.gr, majority of ‘swimmers’ are Moroccans who cannot easily approach the new port as the Afghan migrant traffickers would not allow them.

The migrants jump into the sea and try to get on board of the anchored ships by the toe bands and anchor chains.

The last incident was recorded on Thursday afternoon: the migrants were trying to reach “Super Fast”  ferry that had arrived at the old port. The migrants were noticed by the sailor’s on the ferry bridge and were forced to swim back to the shore.

The port of Patras is the ‘hot sport’ for smugglers who enable migrants stuck in Greece to travel to Italy.

Local media describe the situation along the coastal zone around the port as “explosive” as the migrant trafficking gangs  often clash with migrants trying to approach the port independently and from there to smuggle themselves into trucks and travel abroad.

Early Friday morning, a clash between Afghan smugglers and migrants ended with the injury of three – one of them in serious condition with a stab injury very close to his heart.

The victims were able to identify the attackers via their profile pictures on Facebook. Police arrested three of the attackers a couple of hours later. Both victims and attackers were Afghans.

Citing coast guard and police sources, media report that the inflow of migrants in the areas around the port has dramatically increased in recent days.