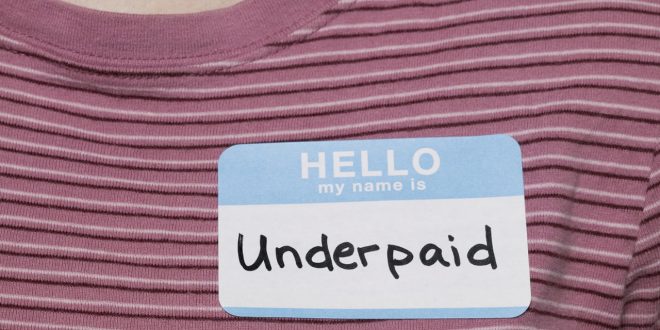 Reforms with serious side effects. A new society class has emerged in Greece of the economic crisis: the Working Poor. Skilled women and men, mostly university graduates, who work their way through with bad paid jobs.

In an exclusive report, German weekly Der Spiegel, refers among other stories of Greece’s working Poor also to the one of  Stelina Antoniou, 24, a university graduate who has a job as bartender at the Royal Theater in Thessaloniki. She works three days per week, often up to 12 hours per shift, earns €240 net per month.

“At least I do not have to think how I will spend the money I earn – it is just enough to bring food on the table,” she says.

She has studied Greek language and literature, as since there is a hiring stop for teachers in the country’s schools “the only job I could find was at this restaurant. This is the job and the money you are offered in Greece nowadays, if you are under 25 years old.”

She shares a flat with a 22-year-old friend who earn a similar salary while she works as maid. The two put their money together and start paying bills. Their top priority is the heating bill.

The young Greek woman belongs to a social group that has dynamically emerged in the past few years as no other: the so-called “working poor”.

One-third of those in the private sector now earn so little that they can barely live on it – that’s more than half a million people. They receive less than 376 euros per month for their work, which is less than 60 percent of the average wage. Almost nine percent of employees have to be satisfied with even less than 200 euros. The risk of counting to the poor even with a steady job is greater in Greece than anywhere else in the European Union.

But even the people who earn a little more, increasingly face difficulties. Because the cost of living has increased significantly in recent years. By comparison, in Berlin, prices for everyday consumer goods are just 14.5 percent higher than in Athens – although the purchasing power in the German capital is 117 percent higher.

It is the state that has contributed to the increasing cost thanks to reforms: tax loopholes were closed, the Value Added Tax has increased as well as the fees for land acquisition.

Another source of development is the liberalization of the labor market, which Greece’s lenders have repeatedly called for since the onset of the financial crisis. Since then, the Parliament has passed a whole series of laws that have noticeably softened the protection of workers. More labor laws are being planned, soon the Parliament should decide on a tightening of the right to strike and assembly.

The problem is that liberalization has often had the opposite effect of what was intended. For example, the legislation had lowered the minimum wage by 22 percent to 586 euros, while the threshold felt even lower for those under the age of 25.

This, it was hoped, would tackle youth unemployment, which marks a lonely peak in the EU. The result: In 2016, 47 percent of those under 25 were unemployed. At the same time, a class of workers has emerged allow anything to happen with them because they know they will be quickly replaced if they defend themselves.

The possibilities of the employers, on the other hand, have increased. They can refuse overtime pay as well as holiday pay. They do not have to fear any consequences if  they formally declare full-time employees to be part-time workers in order to save on social security contributions, just to name a few examples.

Material deprivation is just the one problem. The status of the working poor also prevents many employees from living a self-determined life. Many have no choice but to continue to live in the children’s room of the parental home – with no prospect of starting their own family.

But although they are affected in such large numbers, they hardly play a role in public perception. They appear in the statistics, from time to time an article in the press causes a stir or there is a political advocate, who promises some tailwind for his career.

However, the big outcry by  the “Working Poor” is missing – because this would also reduce the chances of a poorly paid job. And a bad paid job is still better than no job at all.

PS There may be an outcry when time and age comes for Greece’s Working Poor to start their own family. Or they will follow their friends’ path and migrate abroad. Or the crisis will be over. But then again, the crisis will be over, yet, the salaries will remain low. IMF’s Lagarde called it “competitiveness.” Be competitive against your own survival.