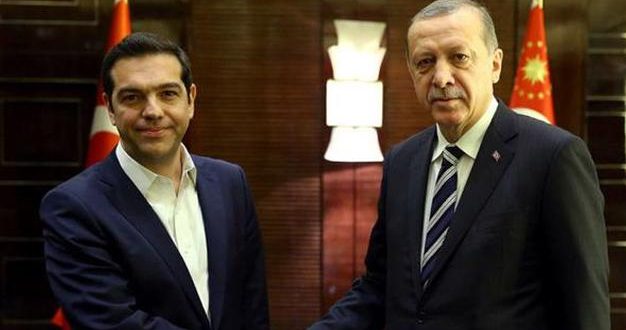 The official visit of Turkish President Recep Tayyip Erdogan to Athens is reportedly scheduled for Thursday and Friday, December 7th and 8th 2017.

According to Sunday newspaper real.gr, the date of the visit have been finalized via the usual diplomatic channels.

Erdogan will meet with President Prokopis Pavlopoulos and Prime Minister Alexis Tsipras. Joints statements between the Greek and the Turkish side are on the program as well.

However, the program of Erdogan has not been finalized yet, and the crucial question whether he will also visit the Muslim miniority in Thrace, in North-Eastern Greece is still open.

However, the program has not yet been finalized, and it is a crucial question whether the Turkish President has asked to visit the Muslim minority of Thrace. It is a common practice of Erdogan to visit Muslim minorities and so he did during his visit a couple of years ago.

Bilateral relations turned sour over the weekend, when the Turkish deputy prime minister visited Thrace and the forbidden “Turkish Youth Union of Thrace” and called the Muslim minority “Turkish citizens.

The visit to the Youth Union was the reason for Prime Minister Alexis Tsipras to refuse to meet him in Athens.

It was not the only provocation in recent days, though. Ankara claimed it had the right to forbid Greek Armed Forces from conducting military exercises within their own territories, sent a helicopter to fly over the islet of Imia.

It is an awkward practice to try to boost good neighboring relations through provocations, especially before the official visit of its top leader. But this is the only ‘diplomatic’ way  Ankara knows in order to set the agenda before Erdogan’s visit.

But who invited Erdogan to Athens? According to some Greek media, he personally invited himself to Athens. “I’m coming to Athens,” he allegedly told Greek Foreign Minister Nikos Kotzias when the latter visited Ankara a couple of days ago.

Apparently he needs a supporter as Turkey’s relations with the European Union and Washington are not at their best.