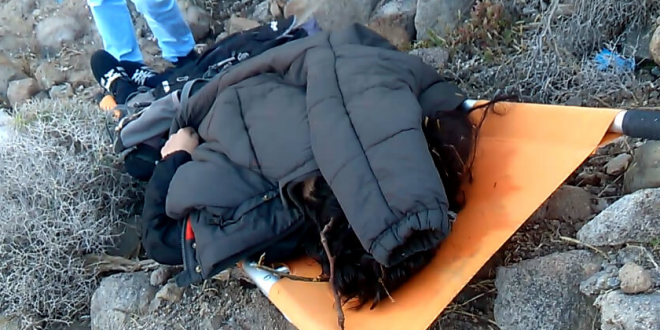 The bodies of two children and one adult male that were washed ashore on the island of Lesvos ten days ago belonged to a Turkish family fleeing persecution by the Erdogan regime, claim a Turkish lawmaker and a human rights activist.

The claim comes by Turkish opposition MP from the Kemalist Republican People’s Party (CHP) and a Human Rights activist.

“A Turkish family of five has drowned after a boat capsized in the Aegean Sea, off the western coast of Turkey, main opposition Republican People’s Party (CHP) İstanbul deputy Akif Hamzaçebi has confirmed,” write a few Turkish media.

The Turkish MP and activist use the same picture of the body of a child washed ashore ten days ago.

According to a report tweeted by the deputy, the victims were being sought by the Turkish government over their links to the Gülen group, which is accused of masterminding a coup attempt in July 15, 2016. They were reportedly en route to Lesvos, a Greek island in the northern Aegean Sea off the coast of Turkey. 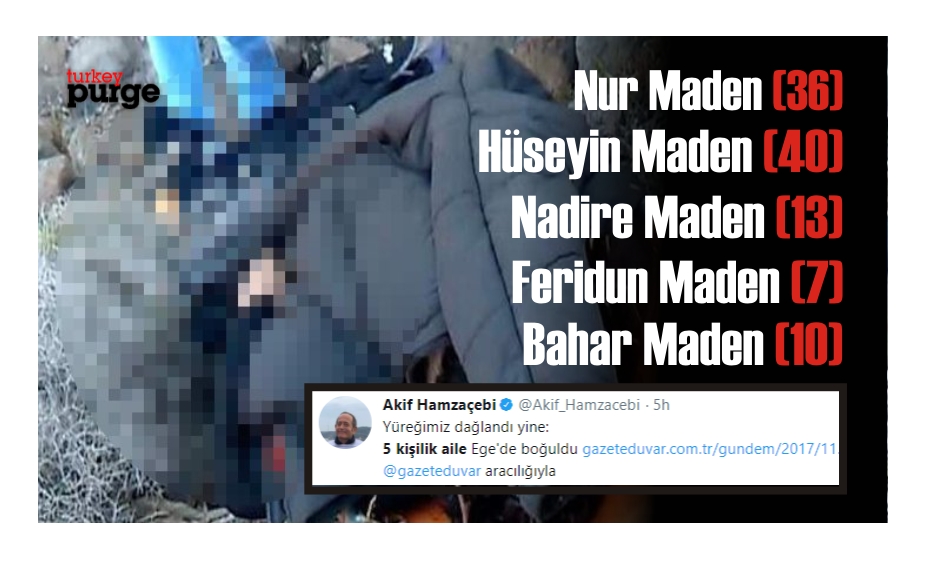 One by one the bodies of a boy, a girl and one adult were washed ashore on the north-east beach of  Madamados on the island of Lesvos on November 10 and 11. Initial reports estimated the girl’s age as between 12-13 years old and the boy more or less on the same age. The third body belonged to an adult.

Greek authorities stood before a mystery as there had been no reports about any boat carrying refugees and migrants from Turkey to Greece to have sunk in the area those days.

Many suggested that the bodies belonged to refugees, autopsies were contacted, the case was forgotten. But the mystery remained: where did the bodies come from.

Now the case seems to have been solved in a most tragic way.

I am not in a position to write who conducted an investigation on the victims and how it became evidence that the bodies belonged to this specific family. Automatic translations do not make much of a meaning on the case especially with regards to the investigation. Maybe relatives gave information that they have been missing any traces from the family?

However, TurkeyPurge.com has stressed in its report that “iIt has become common in the post-coup Turkey that the government cancels [FETO]Gulen-linked peoples’ passports, falsely registering them as lost or stolen, and leading Gulenists to attempt illegal departure from the country.”

The Gülen group denies any involvement in the failed coup.

After the failed attempt, Turkish government has initiated a witch-hunt against the followers of the Gülen group. More than 128,000 people have been detained and 58,000 were put in pre-trial arrest since July 15, 2016. Those imprisoned included hundreds of academics, students, writers, journalists and housewives.

Many seek to flee Turkey and come to Greece to seek asylum. Several hundreds Turkish citizens have done so. They mostly use illegal means like crossing the Evros river in the natural border between Greece and Turkey in the North. Or they just take a small boat and set sail to unknown waters with risky outcome…

UPDATE
On Thursday, Nov 23rd, Lesvos media lesvosnews.net writes that an ID card was found in the pocket of the adult body. The name was “Satilmis Maden” born in 1979.

Citing today’s Turkish media, lesvosnews reports that the family was from Kastamonu at the Black Sea region. the father was a physics teacher and the mother a kindergarten teacher. they were both fired in October over alleged links to Gulen’s organization and they were about to be persecuted.

The family’s relatives told media that they decided to flee Turkey to Lesvos. They were asked to pay some 5,000 euros to smugglers to the journey. As the did not have the money,the father bought a wooden boat for 1,000 euro.

The last contact to the family was beginning of November when they told the relatives that they were “sailing to Lesvos and they were so close that they could see the lights.”
/div>