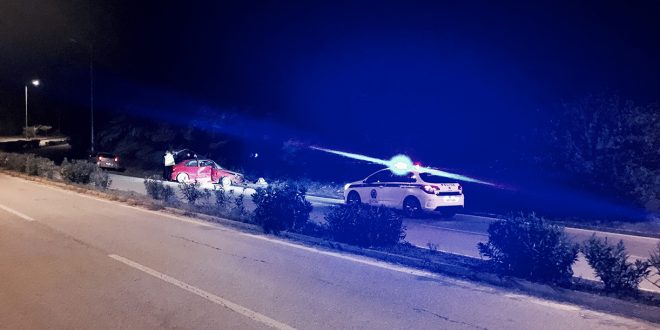 Greek authorities say four people have died after a smuggler’s car carrying eight migrants drove off a 90-foot cliff during a police chase in northern Greece.

Hospital officials say the other four migrants and the Pakistani driver of the overloaded vehicle were injured, one seriously, in the accident late Tuesday.

Police said Wednesday the accident occurred near the town of Kavala, east of Thessaloniki, when the driver ignored police orders to stop on a highway, turned onto a smaller road and lost control of the vehicle. Some of the migrants had been stuffed into the trunk, writes associated press.

The names and nationalities of the migrants were not immediately known.

The car was carrying the migrants west from the Turkish border, which they had illegally crossed.

The majority of migrants were young men who had reportedly paid the smuggler to bring them from the Greek-Turkish border to the mainland.

According to local media Kavalapost.gr, the operation to pull the bodies form the car lasted more than one hour with fire brigades and strong police force trying to save lives.

The accident occurred at 9:20 pm on Tuesday near Nea Peramos Kavala.