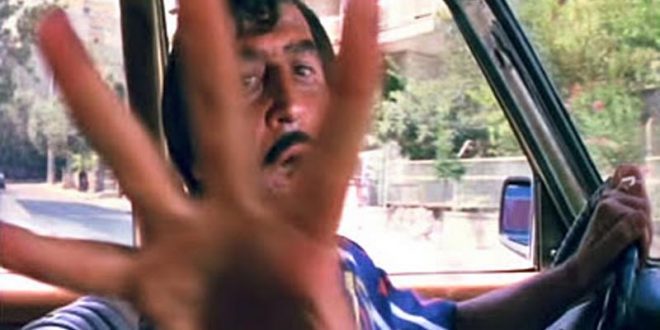 Greece’s Transportation Ministry will penalize the most traditional gesture among Greeks and especially among Greek drivers: the mountza. The meaningful -even if insulting – sign of non-verbal communication, a reaction in case another driver had violated the traffic code or he has just disturbed the motorists’ relaxed journey because as we know  Greek driver is the king of the road, of any road and highway. Even pedestrians are subject to a handful of ‘curse’ for the same reasons as above.

The new Traffic Code designed by the Transportation Ministry has four main pillars:

Number 1. has to do with the “socialistic’ policy of the government as the rich will pay more.

Number 2. has a clear target to increase revenues. Number 3. is to make ‘fines’ affordable for all.

But Number 4.? Why should the Greeks’ national sports be penalized?

According to sources close to Transport Minister Christos Spirtzis, the fine for mountza will be included in the category of offenses for “anti-social behavior”. In the same category will be also other offenses with regards to gestures and the fines imposed will depend on the …risk!

I have no idea, what risk for the traffic a harmless, silent mountza can cause but I hear the fine will be around 50 euros.

Fined will be only professionals like truck, bus and taxi drivers.

The rest of Greek motorists, the non-professional drivers, will continue to open  their five fingers and curse the other driver “to be blind”.

I dare note that the ministry believes that the mountza-gesture by non-professional drivers does not contain any risk as this curse has never have come true, anyway.

A Greek driver who respects himself normally ‘sends’ a mountza with the short but powerful sentence “Here, you jerk!”

Penalizing the mountza is not included in the bailout agreement, so we cannot claim, “foreigners want to alter our Greek traditions” or  that “reforms target the eternal Greek culture,” or that “the North-Europeans’s secret plan is to erase our much respected habits and impose theirs in the cradle of civilization.” 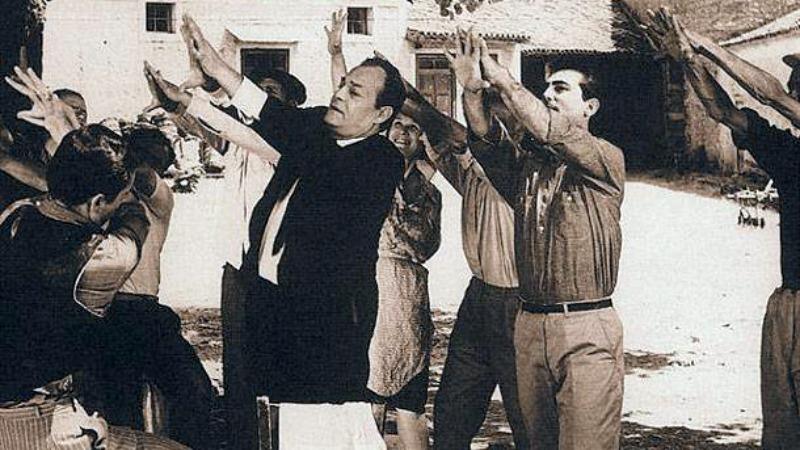 So, what’s the point of penalizing the mountza? Teach rude professional drivers to be polite and expose good manners only?

I suppose, taxi and bus drivers could ask their passengers to send a nice round mountza and avoid the fine.

One more provision of the new Traffic code is to fine motorists who throw a cigarette over the vehicle window.

How will the Ministry manage to locate and fine the mountza or cigarette throwing drivers is a miracle.

According to latest information, the Ministry does not plan to penalize the most common verbal insult so from driver to driver, the “malakas!” [jerk!]

PS Instead of penalizing the gesture which roots go back to ancient Greece, the Transport Minister should better check why all the automatic machines across the Tram tracks are out of order.

pictures are screen shots form Greek films in the 50’s.