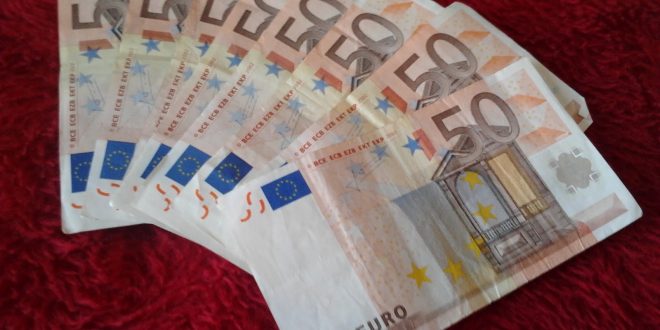 The bonus is described as “youth solidarity” allowance and is expected to be distributed by the end of the month.

Eligible are unemployed aged 18-24 who are registered as such at the Labor Organization OAED by October 31st 2017 and remain in the same status up to date.

The Ministry estimates that 55,000 people will benefit from the extra money, while the total amount of 20,000,000 euros is to be allocated for this purpose. The funding is coming from primary surplus of OAED.

All the beneficiaries have to do is to update their data in OAED website and give an IBAN.

The money is expected to be booked in the beneficiaries bank accounts by December 31st 2017.

Young unemployed receive no unemployment allowance of 360 euro if they have never worked before in their life and have paid social contributions.

Unemployment among youth (15-24) remains high although it fell below 40% at 39.5% in September, for the first time after 2011, the second year of the bailout agreements and austerity packages.

Early December, the Greek government distributed the so-called “social dividend” to low-incomers and low-pensioners. However, many were disappointed as they found out that they did not meet the strict criteria such as “less than 14 euro income form interest rate”,  “not being co-owner of a bank account” or “not be registered as guest to a household.”

The crasser example was the case of a neighbor with a pension of 500 euro. She  could not receive the social dividend as she was co-owner to her sister’s bank account who on her part had more than 14 euros from interest rate per year. I don’t know how much the lady has in the bank, but her earnings could be 15 or even 16 euro. Nevertheless, the neighbor does not own her sister’s money, she is co-owner for security reasons.

An unemployed man could not receive the social dividend because he was registered as guest in his mother’s home. they both live on the woman’s pension.

According to some media report, more than half of those who applied had not met the criteria. Although the deadline for applications has expired, the government decided to give a second chance to aspiring beneficiaries and changed some criteria.

PS social dividends and Xmas bonuses give a breath to thousands of low income households and young unemployed. However, apart from doing a social policy, it is high time, the Greek government changes some laws like over-taxation in order to facilitate the job creation and descent salaries. Ops! It is not ease. The government is committed towards the lenders and it will have to find other ways to reach the same level of revenues. Guess, what is the alternative.