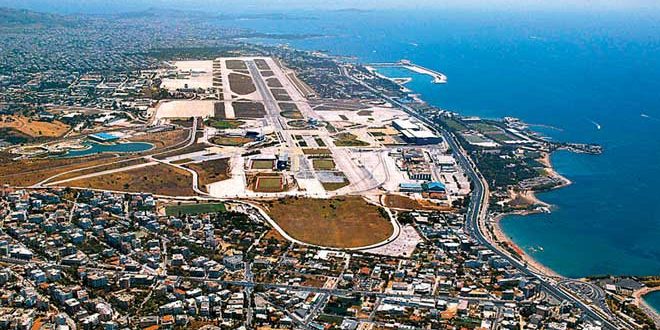 A presidential decree giving the go-ahead to the development of Hellinikon south of Athens was signed by four ministers in charge of the investment on Friday, in the presence of Prime Minister Alexis Tsipras.

The decree will need to be reviewed by the Council of State “within 2017, exactly as foreseen in our original plan,” Tsipras said in a tweet announcing the signing.

“Today we won a first great bet of speed and efficacy,” Tsipras also said in his message on Twitter. “We overcame difficult obstacles and are moving on. Works will begin by summer and by the end of 2018 we they will be in full development. An emblematic investment begins, and it will not be the only one,” he added.

The development premises of old Athens airport Hellinikon is a project by by Hellinikon Global SA and Lamda Development, which submitted their the Integrated Development Plan (IDP) of the Hellinikon – Agios Kosmas Metropolitan Pole plan to the Hellenic Republic Asset Development Fund (HRADF) in June 2017.

The green light for the project has suffered several delays due antiquities, classification of part of the area as “forest land” as wells as objections to the height of skyscrapers that would “alternate the skyline of Athens.”

With the Presidential decree all objections seem to vanish in the air and skyscrapers will keep their original plan of 200-meter height.

The 8-billion-euro investment will include residential communities, hotels, shopping centers, family entertainment venues, museums and cultural venues, health and wellness centers, significant space for sports and recreation. It will also include a modern business park and will regenerate the entire coastal front, according to Lamda.

It is also expected to create 10,000 permanent jobs during the construction period and 75,000 jobs during its maturity.