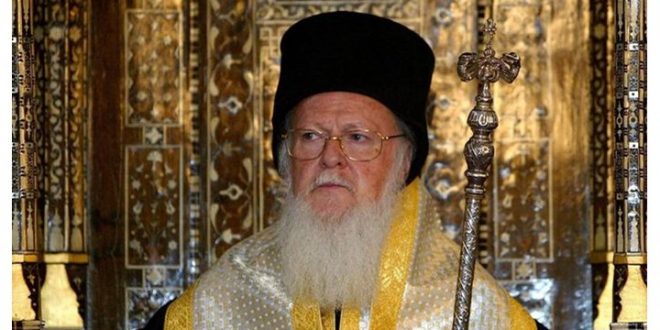 December 26, 2017 Politics, World Comments Off on Ecumenical Patriarch Bartholomew urges US to “preserve the status quo of Jerusalem” 208 Views

Greek Orthodox Ecumenical Patriarch Bartholomew expressed his support to the preservation of the current status quo in Jerusalem and urged the United States to reverse its decision to recognize the city as the capital of Israel.

Speaking to the group of visitors at the Ecumenical Patriarchate in Istanbul on Christmas Day, Bartholomew referred to the plight of refugees and the the Palestinian people and said “people in the Middle East have enough problems, they do not need additional ones.”

He underlined that all Christians in Jerusalem support the preservation of current status quo in Jerusalem.”

The Ecumenical Patriarch expressed the wish that 2018 will be the year for peace for Palestine, Syria and the whole Middle East.