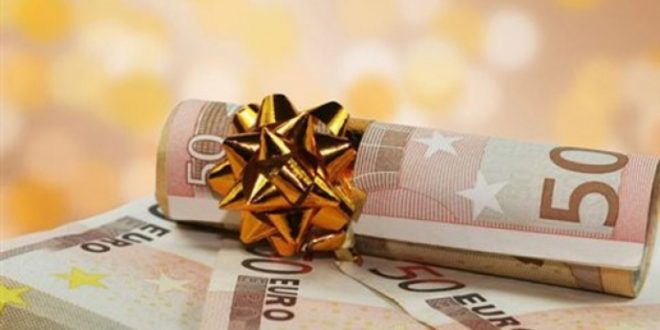 Some employers made their threats come true: they fired employees who refused to return the Christmas bonus. This unprecedented case occurred in Larissa, Central Greece.

Five workers filed complaint to the local Labor Inspection department saying that they were fired because they did not comply with the employer’s demand to return the Christmas bonus.

According to the complaint, the employer had made it clear and in time that the work contracts of who who would not return the Christmas bonus would be canceled.

Five workers, students in part-time contracts, decided to defy the threat, kept the bonus and consequently lost their jobs.

Two rebel-employees were fired before the end of the year, a third dismissal is pending. The employer did not name the reason for the dismissal as citing the not return of the Christmas bonus would be illegal and subject to a fine by the Labor Inspectors.

The fired workers say that the reason for their dismissal is obvious as those workers who return the full or the large part of the amount of the bonus continue to work in the local business.

According to state ERT TV, the complaints about such practices in Larissa alone are “dozens”. The said business had also assigned a kind of  “bully” who would accompany the workers to the ATMs in order to get back the employer’s share of the bonus.

Meanwhile, local community and associations of professionals in Larissa seem to know very well at least two companies of the companies involved in the malpractices, with one of them being a cafe-chain and another one to be a big restaurant in the city.

It is not clear how the Labor Inspectors will address this problem of clear anti-labor practice that violates the Labor Laws of the country.

Right after Christmas workers in a few Greek cities complained that their employers had demanded that they return the extra money they received as required by law. It is reportedly mostly restaurants, fast food, retail shops and cleaning services that demand the bonus back using the most effective threat in times of high unemployment and very few job opportunities: return the Christmas bonus or get fired.