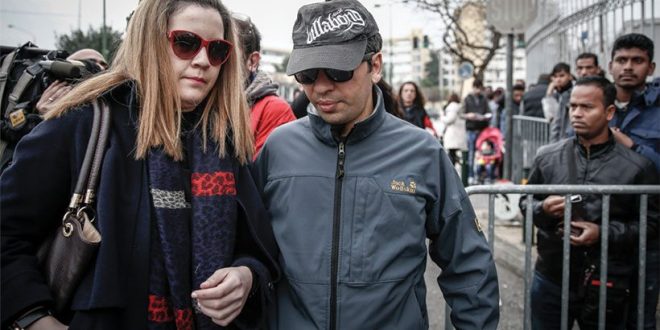 Briefing reporters on a Cabinet meeting in the capital Ankara on Monday, Deputy Prime Minister and government spokesman Bekir Bozdag reiterated Ankara’s request that Athens extradite to Turkey eight ex-soldiers who fled to Greece the day after the failed coup.

Whoever is involved in a coup and flees abroad must be extradite, the deputy PM said adding that the issue is very important for solving bilateral problems through the dialogue.

“It is an extraordinary wrong decision, it was a decision in support of putschists it was decided in the Appeal court. We are waiting the putschists soon. Whoever is involved in a coup must be returned. Turkey and Greece are neighboring countries. There are serious problems with Greece like the problems in the Aegean. Such problems must be solved through dialogue.” Bozdag said.

His statement came just hours after a court in Athens suspended the granted asylum given to one of the Turkish soldiers, saying it will make a final decision on Feb. 15.

“The suspension is an important decision, of course, we welcome this,” Bozdag said.

According to Turkish Anadoly News Agency, Bodag said that “the extradition of these putschists will contribute to better relations between the two countries.”

In order to confirm ..its good intentions, Ankara sent fighter jets that violated 33 times the FIR Athens on Monday.

One should tell Bozdag that the court on Monday only temporarily suspended the asylum to Turkish soldier until judges meet on 15. Feb to examine the request submitted by Greek Migration Minister.

Last week, Greek Justice Minister offered to Turkey to have the 8 Turkish soldiers tried in Greece. At least, it was a nice gesture although in vain from the very beginning.