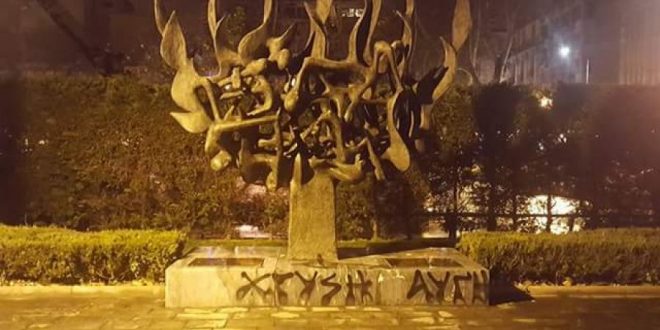 Unknown perpetrators vandalized the Holocaust Memorial with slogans of rights-extremist Golden Dawn in Thessaloniki on Sunday night. With a spray they wrote the name and the logo of the political party and neo-nazi organization. 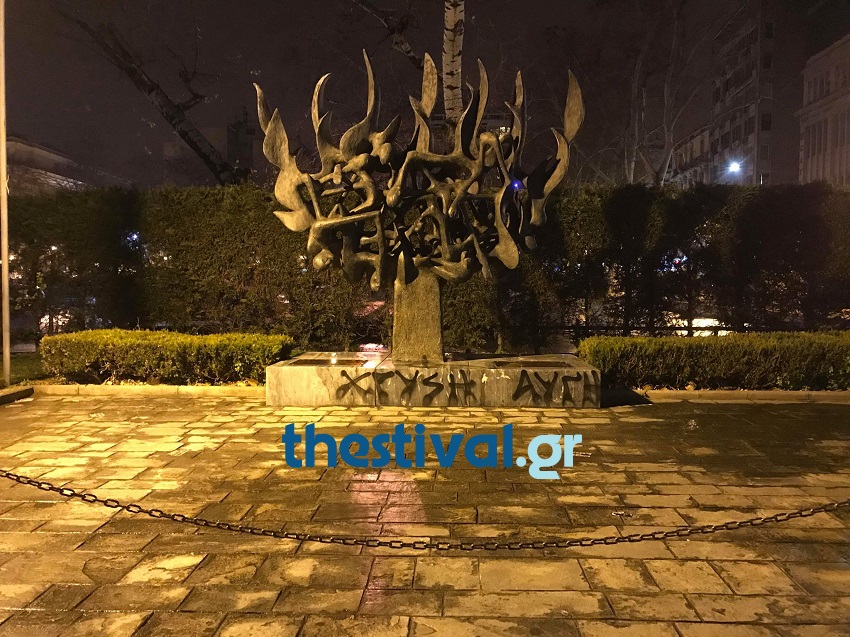 According to local media, members of Golden Dawn marched to the party’s offices after the Macedonia-protest on Sunday.

It is not the first time the Memorial is being vandalized.