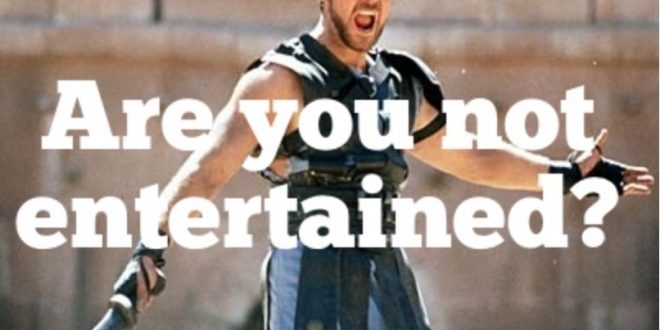 February 6, 2018 Greece, Politics Comments Off on Novartis-Gate sets Greece’s political arena on fire as those allegedly involved strike back 526 Views

The revelations of Novartis-Gate and the publishing of the names of two prime ministers and eight ministers from New Democracy and PASOK have set the Greek political landscape on fire. One after the other those former ministers and prime ministers denied any involvement with statements to the media, some spent hours in front of microphones of radio and television. One or two tried to discredit the witnesses as the case file is based on their testimonies, and one even threatened the three protected witnesses.

It is especially main opposition party, conservative New Democracy, that vehemently rejects all bribery allegations and sees also a conspiracy behind the joint investigation by Greek and US authorities. Did the FBI allied with the Greek corruption prosecutor to undermine ND chances to win in next elections? No, the aim of conspiracy is even worse! To distract the public agenda form the mass protest against Macedonia on Sunday!

“All these that obviously show an unacceptable attempt by the government to meddle in the investigation process, appear entirely ‘by chance’ to happen one day following a protest by hundreds of thousands of Greeks over the unacceptable handling of the (FYROM name issue) by the government,” ND said in a statement issued short before Monday midnight.

ND accuses the government of  meddling into the investigation process over the Novartis bribes as the government spokesman paid a visit to the prosecutor of the Supreme Court on Monday just hours before the scandal became public.

New Democracy speaks of “violation of the institutional operations and says “the public is witnessing an unprecedented event in a democratic country, of the justice minister and his alternate briefing the prime minister on an ongoing judicial investigation, which the constitution prohibits.”

Former Health Minister, Adonis Georgiadis, whose name is on the alleged list of the 8 ministers claimed to be involved in the scandal, threatens to file lawsuits against the Justice Minister and the Corruption Prosecutor if it is found out that she informed the Justice minister about the case.

On its part, the government sees nothing but panic in the opposition. Government sources told athensnewsagency on Tuesday that New Democracy was “in a panic and showing it.”

The same sources noted that the “Novartis scandal is not Greek but international, and as Greece was the country of reference for the pricing of medicines in 29 countries, it was the crucial country.”

Authorities in Greece and foreign countries are now investigating the pricing method used and “whether politicans have been bribed at the expense of patients and the country’s health system,” the sources added.

“There can be no intervention in the work of justice after the drafting of the case file,” the sources said.

In an extraordinary meeting of the Plenary, the case file is to be submitted to the Parliament around 3 pm local time on Tuesday. A pre-investigating Parliamentary committee has to be established with a request bearing the signatures of at least 30 lawmakers.

The procedure to lift the immunity of the former prime ministers and ministers, who are currently active MPs is long and needs solid proof evidence.

So far, all media information regarding the Novartis-Gate is based on leakages to the press.

The “evidence in the case file points to the payment of kickbacks amounting to roughly 50 million euros,” notes amna and writes citing justice sources

The evidence is said to be based on the testimonies of 20 people, including that of three protected witnesses, former employees of Novartis.

Former Deputy Health Minister Marios Salmas (ND), whose name is also on the list described the protected witnesses as “secret witnesses wearing hoods”. He threatened speaking to skai tv Tuesday morning “even if their identities have been changed, Greece is a small country. They will be found and be punished.”

Less than 24 hours after the Novartis scandal went public on Monday evening, and Greece’s political arena is full of hungry lions and struggling to survive gladiators – although it is not quite clear who are the lions and who the gladiators, as every political party tries to secure short-term gains from the scandal. Those parties not involved in the scandal are just watching silently and so does the Greek public on the upper, cheap seats of the arena. “Another scandal with politicians and bribes, let’s see what happens in the very end,” the majority of the average Greek thinks still struggling to make ends meet.

PS as all 10 politicians have denied any alleged involvement, the case is practically closed, right?