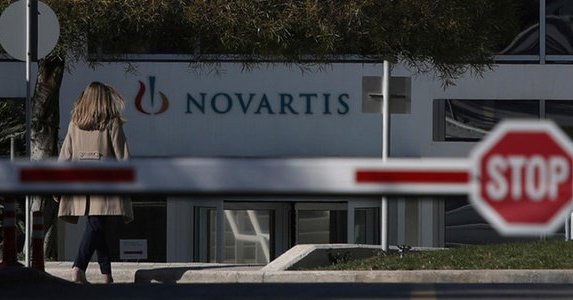 Switzerland’s Federal Office of Justice has confirmed it has received two requests for legal assistance from Greece and the United States linked to probes into Novartis and alleged bribes involving the Swiss drugmaker and Greek doctors and public officials.

The two requests for legal assistance linked to the Novartis-Greek scandal were received at the end of last year and in January 2018 and are being studied, a justice ministry official confirmed to Swiss public television, RTS, and the Swiss News Agency on Saturday.

The Greek parliament announced on Tuesday the results of a judicial investigation into alleged bribes paid to public officials by Basel-based Novartis over nearly a decade to boost subscriptions of their products at public hospitals. The ten prominent politicians linked to the bribery scandal include two former Greek prime ministers and eight former ministers. They are alleged to have been involved in approving Novartis contracts and overcharging in return for kickbacks. All deny the allegations.

Greece’s Justice Minister Stavros Kontonis last year said Novartis had likely bribed “thousands” of doctors and civil servants to promote its products. He also accused Novartis of continuing to sell “overpriced” drugs even after the country was plunged into economic crisis in 2010 and huge cuts were imposed on state budgets, leaving many Greeks without access to affordable medicine.

Novartis overcharges alone are estimated to have cost the Greek state some €3 billion euros ($3.7 billion). Overall, similar practises across the health sector cost Greece some €23 billion between 2000 and 2015, investigators have said.

The Greek branch of Novartis has issued a statement saying it was “aware of the media reports about our business practices” in Greece and that it was cooperating with the authorities, the Swiss News Agency said. swissinfo.ch

According to The Local.ch, the Swiss pharmaceutical giant was investigated by US authorities in 2014, accused of paying bribes in order to boost sales of some of its medicines, and was later fined $390 million by the US Justice Department.