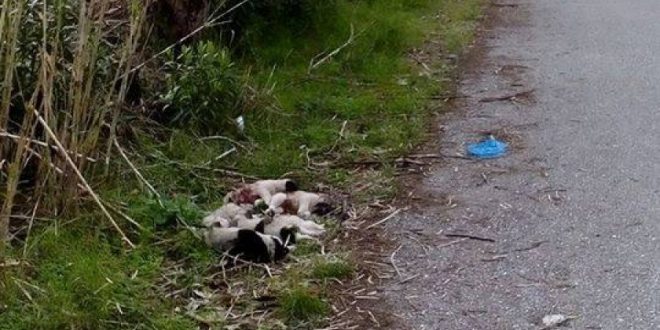 7 puppies brutally shot, left dying at the side of land road in Mesolonghi

Every time we see an incident of animal abuse, we think “we’ve seen it all.” But, No. There is always worse, as creatures who call themselves ‘humans’ will always seek the next innocent victims to satisfy their greedy and sick inner world. WARNING: Graphic pictures!

One or more monsters of humans have shot and killed seven puppies in an agricultural area of Mesologhi in West Greece and left them on the side of a land road for everyone to see the brutal murder. 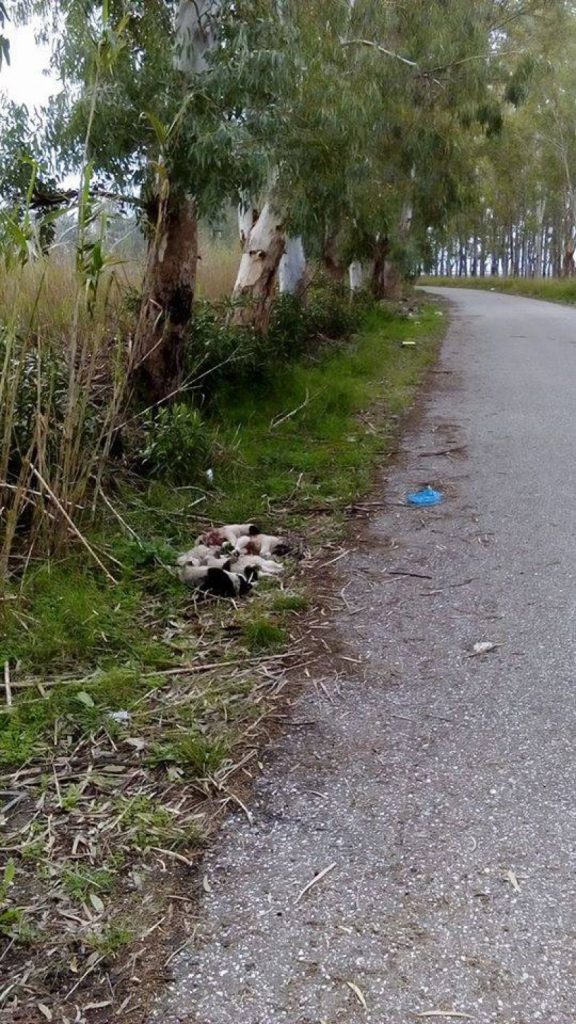 A local animal lover made the horrible discovery, uploaded pictures of the brutal murder of seven innocent souls and announced a reward for any information that will lead to the capture of the shooter. 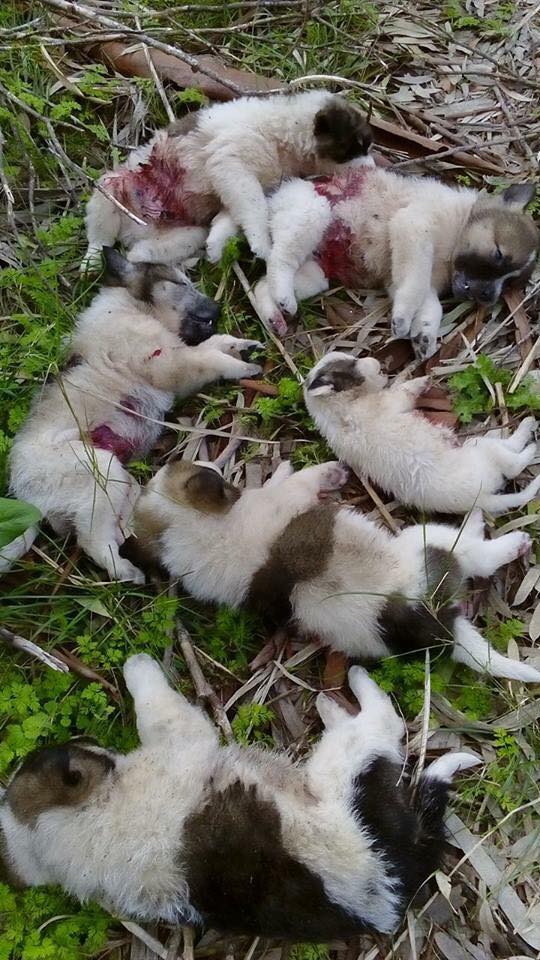 The bodies of the puppies were discovered in the area of “Motivo” factory in Kleisova of Mesolonghi in the Prefecture of Aitoloakarnania.

“The puppies are all dead, with holes full of blood in their bellies, the blood was fresh, the bodies were still warm” a member of the local animal welfare society told a Greek website.

One of the puppies was still alive, “it had move a bit aside.” Also this creature died before rescuers were able to do anything to help it.

Τhe bodies have been examined by a veterinarian, his report added to the official complaint submitted to the local police.

The injuries were most probably caused by a hunting riffle.

A reward of 1,500 euros is to be given to anyone who has information that will lead to the perpetrator’s arrest.

The pictures showing size of the incredible murder have been uploaded on social media and triggered an outrage among thousands of Greeks.

I wouldn’t be surprise if the perpetrator is a hunter who decided to get rid of his dog’s puppies. Although it seems as if the puppies were killed somewhere else and transferred to the spot where they were found. I wouldn’t also be surprise if it turns out that the shooter is a young adult desperately seeking attention. Sick. Simply sick!