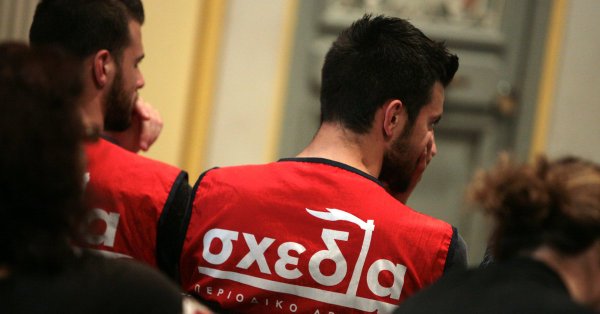 Greek bureaucracy and lenders’ pressure can and do indeed often create grotesque situations. This happened also distributors of  “Shedia” an Athens-based weekly magazine sold for the aim to help homeless people and socially isolated members of the Greek society.

Ever since its establishment in 2010, the magazine has been sold for 3 euros with half of the revenues to go to the pockets of the homeless seller and the other half going to cover the magazine cost.

But now the Greek Finance Ministry is implementing the lenders’ reforms by the book and demands that the homeless sellers have to be insured.

In real homeless life, this means that 20% of the revenues will have to go as social security contribution and another 6.9% for health care.

NGO Diogenes that publishes the magazine and supports homeless and socially excluded citizens with a series of events and activities announced that the price of Shedia will go up to 4 euros in order to cover the extra expense demanded by the Greek authorities.

The remaining €1.06 will be withheld by the organization in order to cover operating needs like  the cost of the magazine printing which takes the lion’s share but also the developing of new social projects as well as maintain the existing ones. 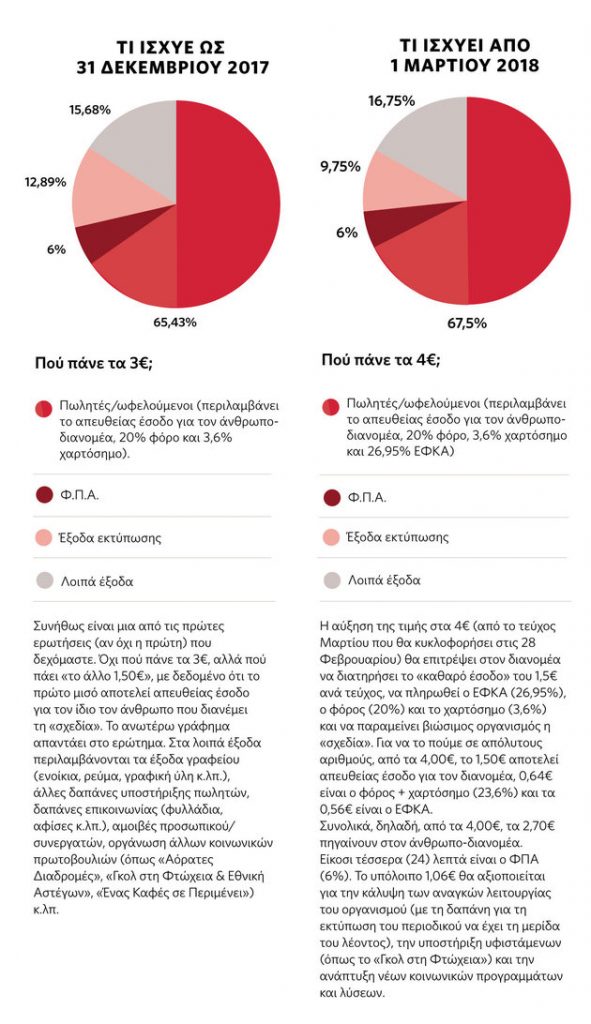 Left: tax & other distributions of revenues of the 3 euros in 2017

Right: tax & other distributions of the new price.

The measure of charging social security contributions on so-called “recipes for professional expenses” went into effect on 1.1.2018.

On the bright side of the new measure, NGO Diogenes said that some magazine distributors are happy to finally receive social security and health care. Especially the older members of the group they may even hope for a small pension as they will be collecting pension stamps.

On the dark side of the measure, many distributors feel now insecure about what will come next.

Generally speaking: No wonder prices go up and quality goes down, no wonder many prefer to migrate instead of setting up a small business here and give more than 60% of their revenues to the state.

No wonder, the vulnerable groups of the society will have to feed the social funds because nobody ever form those who looted the Greek social funds has ever found the way to prison or saw his properties and assets in secret bank accounts abroad seized.