The living and working conditions of the millions of people living in the Attica prefecture and Athens have been surveyed by Marc on behalf of the Attica Regional Authorities in cooperation with the Labor Center of Athens. The results draw –  as no otherwise expected – a grim picture of those living in the Greek capital and surrounding areas: salaries below 500 euros per month, lack of social security and health care, households unable to pay their bills and heat their homes and all these in an area with high cost of living.

The aim of the survey was the systematic collection of primary information on the recording of the existing situation in the areas of work, living conditions and trade union impact both in the workforce population and the unemployed in Attica.

The population surveyed was wage-earners in the private and wider public sector as well as unemployed, aged 18-65, in the Attica region.

1:3 works in a different field than that of their studies. Trend is increasing.

The survey has not calculated the percentage of unemployed who declare that they have sporadically worked for just a few days during their unemployment and therefore the above-mentioned figures should be considered relatively underestimated.

The cases of breach of social security rights appear to be more often in smaller businesses and apply to hiring in the last years of the crisis.

25% of those hired over the past three years are deprived of full insurance coverage. The figure does not incl unemployed and temporary workers.

Those who work part-time are deprived of insurance corresponding to their working hours or have no insurance at 38%.

According to the survey, the average monthly net earnings is 806 euros, while women and young workers earn less.

Those hired in the last 12 months said they have a salary of less than € 500 at a rate of 42.1%, indicating a clear and steady decline of earnings.

35% of employees said that for any overtime outside the agreed hours, they do not receive extra payment. The phenomenon of unpaid overtime is more common among women (37% compared to 33.7% of men).

4:10 receive their salaries with delay

The most common delay is one month.

Only 1:10 unemployed receives unemployment allowance, which is 360 euro per month and for maximum one year only.

1:2 households  said they have difficulties to pay in time bills for electricity, telephone, water, building maintenance cost and their rent.

In the category of the unemployed, the percentage of financial difficulties, which means that they can not pay their bills in due time is 60% compared to 44% of those employed.

43% said they did not have the financial capacity to provide satisfactory heating in their home.

60% of the unemployed and 34% of the employees in the private sector reported a failure to ensure satisfactory heating.

Half of the population surveyed said they are usually use public transport means.

The highest satisfaction for PTMs is reordered by users of Metro and the Urban train.

To the question “What would you like to improve on public transport, so that you prefer them most?”, The most frequent answer is the “frequency of schedules“, which is reported by six out of ten respondents (63.8%). “time accuracy of scheduled services” said 13.5%, “ticket costs” said 10.4%.

52.1% said they had no financial means to face an extraordinary expense of 500 euros

49.5% said they had no financial means to go on holiday as a family, even for one week

57% said they are unable to go to theater, cinema, concerts or buy books at the frequency they would like.

Relatively higher satisfaction is recorded in the sectors “Schools / kindergartens’ and “Purchases / Shops”.

The lowest level of satisfaction concerns the “Feeling of residents’ safety” and the “Parking spaces”.

50% say they are satisfied with the environmental conditions in their area. The lowest rate of satisfaction is recorded in Piraeus (32%) and in the Central Athens Sector (40%).

45% say they are satisfied with the health services in their area. The lowest satisfaction from Health Services is recorded in Piraeus (30%), Western Sector of Attica (31%) and Eastern Attica (34%).

The issue of crime is referred to more than any other as the most important problem faced by both workers and the unemployed, especially in the central sector and the regions of Piraeus. 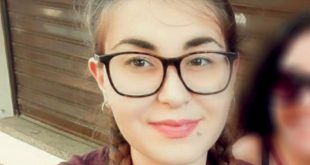 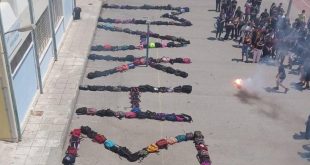 The mysterious death of a 14-year-old boy in his family home on Friday night, just …