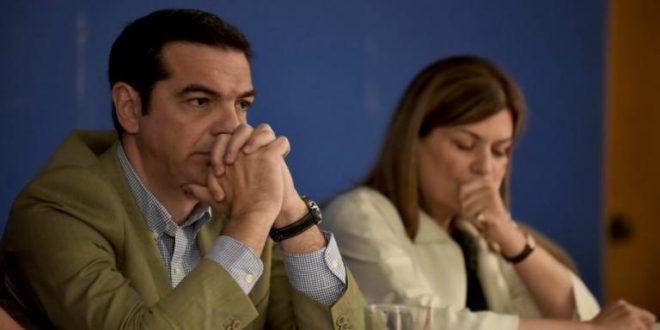 Greek Prime Minister Alexis Tsipras removed from the government Alternate Labor Minister Rania Antonopoulos after the political and social outcry over her rental subsidy.  The Prime Minister went a step further and reportedly canceled the provision according to which non-elected members of the government are eligible to rent subsidy.

“The Prime Minister accepted the resignation of Rania Antonopoulou. We thank her for the 3 years she served the country,” the Prime Minister’s office said in a short statement Monday afternoon.

In a statement issued Monday noon, Antonopoulou said she would return the money and had left it up to the Prime Minister to decide if she remains in the government or not.

Citing sources, media report that Tsipras also cancelled the provision on rent subsidy for ministers who are not members of the parliament. However, I think that the Palriament has to vote to cancel the relevant legislation.

According to unconfirmed rumors, four more members of the SYRIZA-Independent Greeks coalition government, who are not elected in the Palriament, have been receiving the rent allowance. Monday evening, government spokesman dismissed such rumors.

Rania Antonopoulou became the target of political and social criticism after press reports revealed that she has been receiving 12,000 euros per year rental subsidy although she is wealthy – in a country where a few euros in form of welfare allowances are given to the poor and the vulnerable  according to strict income criteria.

Antonopoulou’s firing has not calmed down the outrage in social media though. Some say that also her husband, Economy Minister, Dimitris Papadimitriou, should be removed from the government.

According to their tax declaration that are public, the couple has several real estates, assets and bank deposits worth more than 3 million euros.

The scandal may force Tsipras to a government reshuffle.

Amid the Novartis scandal that involves politicians form New Democracy and PASOK, the left-wing Tsipras for sure does not want to lose the so-called “moral advantage of the Left” that has -or had until now – ministers who are not involved in economic scandals.

Apart from the whole issue, the government should also impose “income criteria” to MPs who are non-Athens residents and receive rent subsidy – Just like for every other Greek citizen and although the elites may think they are the better citizens.