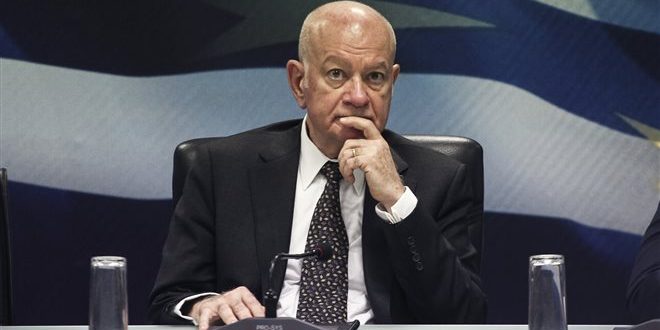 In his letter, Papadimitriou wrote he resigns for “reasons of political sensitivity.”

That fact that wealthy Antonopoulou has been receiving 12,000 euros per year as rental subsidy, a political and social outcry broke out and did not calmed down even after the prime minister fired Antonopoulou Monday afternoon.

It was also members of the coalition government asked that her husband, the Economy Minister, must go as well.

Although the prime minister’s office keeps its cards covered for the time being, a government reshuffle is considered as imminent.

It seems, however, that another important development is about to take place: cut benefits for lawmakers. It was interesting to watch this morning, journalists of state ERT TV which is very close to the government,  talking about “MPs earn too much money, have much to many benefits.”

They receive 900 euros per month for mail expenditure, for mail stamps, although the majority of correspondence it is done via e-mail,” a journalist said adding that what MPs earn per month is 5,135 euros net.”

The provision for extra benefits to MPs was introduced decades ago when it was forbidden for lawmakers to have an additional job. But this was also cancelled years ago. However, the benefits remained.

Irony of the whole issue: Antonopoulou was Minister for Social Solidarity and Unemployment…

Sadly, we have to have reached bottom after 8 years of austerity program to initiate ‘reforms’ and restore injustices within the Greek society.

One of SYRIZA reforms could be also to stop appoint couples at ministerial posts.