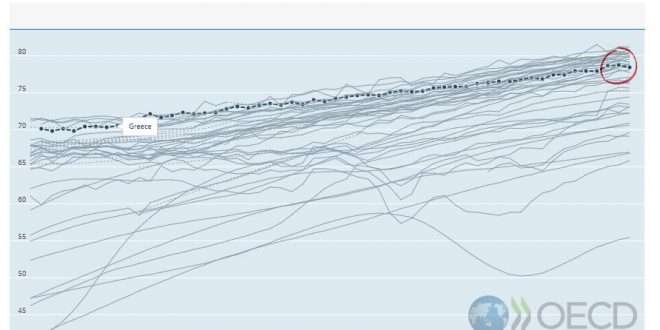 Life expectancy in Greece dropped in 2015 for the first time, says OECD

Life expectancy in Greece rose for decades but dropped in 2015, in the sixth year of economic crisis and austerity measures that brought also dramatic expenditure cuts in the health sector.

According to data from Organization for Economic Cooperation and Development (OECD), after 2014 there was a fall in Greek life expectancy to 81.1 years compared to an EU22 average of 82.6. 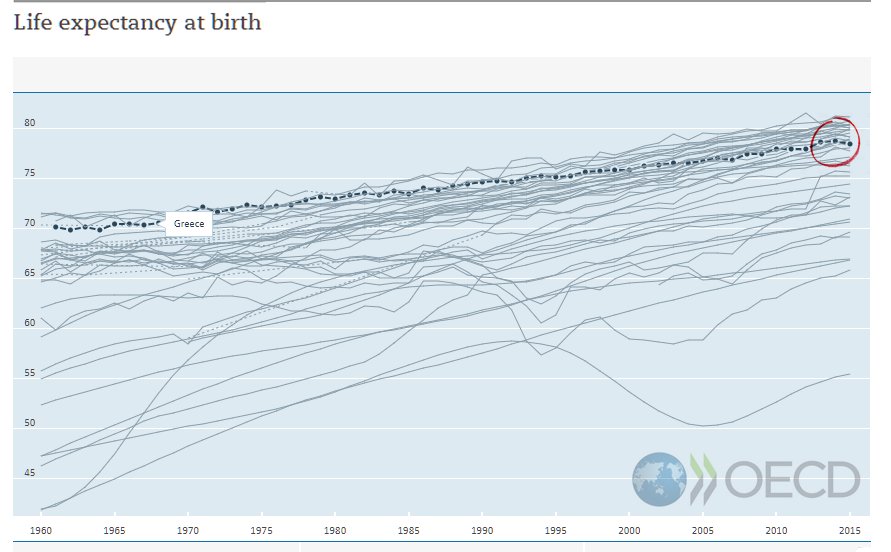 Greece could see a dramatic fall in population, as an international organization claims the country’s life expectancy is on the wane.

As other estimates put EU countries’ average life expectancy rising to 84 in the next 12 years, the Greek population could be headed for a 0.3-percent fall to nine million by 2050.

However, previous OECD findings revealed Greek women lived longer than men with life expectancy for females at 84 years, compared to 79 for men.

With unemployment over 20% and at least one million Greeks without insurance and health care, with increased self participation of insured patients to prescription medicine and thousands of drugs excluded form the prescription list, with cuts in pensions and inadequate monthly salaries, one has to think twice before seeking health care services or find the way to the pharmacy.

Many people, especially pensioners, stopped or decreased their daily medicine intake due to the ‘health care reforms after 2012.’

KTG has written in the past about pensioners who could not afford anymore to buy drugs for something essential like high blood pressure or cholesterol.

With a significant section of the population being over 65, this could see a fall in overall populations from 11 million currently to nine million in the medium-term future.

According to Eurostat data, Greece saw a population decrease of 3.2% in the time period 211-2017.

According to other data 1 out of 2 low incomers (52%)  in Greece did not go to the dentist or cancelled appointment in 2016 due to their economic situation. the average EU is at 32%.

On long-term, austerity in health care may lead to mortality increase.

Not to mention the fact that pensions are getting lower and lower or that people have less and less money available for healthy food.

Time will show – But I am not that optimistic for the Greeks’ future.

And to think that after several wars in the first half of the 20th century and economic hardships, Greeks had struggled a lot and finally managed to achieve quality in their lives.