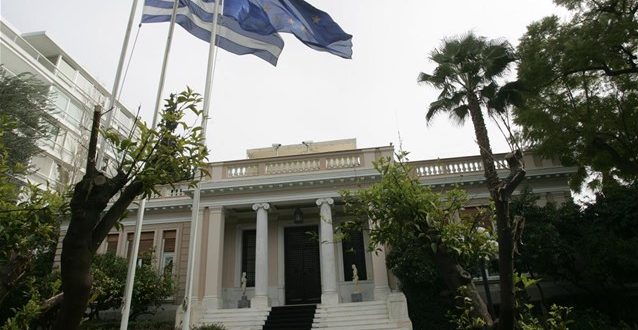 Greece turns to EU, NATO and UN on Greek soldiers in Turkish custody

March 7, 2018 Politics, Turkey-GR Comments Off on Greece turns to EU, NATO and UN on Greek soldiers in Turkish custody 404 Views

As the two Greek soldiers remain in custody in Turkish high-security prison in Edirne, Greece has turned to international organization on the issue hoping for a successful intervention. However, all the  European Union, the Commission and the NATO do, is to express hope of “good neighboring relations.”

EU Commission spokesman Margaritis Schinas: “The Commission is aware of indicent leading to arrest of two Greek soldiers, we hope for a swift and positive outcome.”

NATO Deputy Secretary General Rose Gottemoeller: “We do everything to keep in touch Greece and Turkey. Aim is to decrease tension.

On Tuesday, Prime Minister Alexis Tsipras spoke with United Nations Secretary-General Antonio Guterres and briefed among others about the Soldiers’ issue.

Tsipras reportedly asked Guterres to tell Turkey that the incident must be resolved swiftly and positively with the release and return of the soldiers to Greece.

Any attempts by Ankara to take advantage of the incident for “other purposes” will be detrimental to Turkey, Tsipras said during a government council meeting.

“It requires careful handling and patience. Turkey will understand sooner or later that any thought to take advantage of an ordinary border incident for other purposes is hopeless and will be detrimental the country,” he told ministers and officials.

“We strongly condemn the burning of our flag during a rally against Turkey organised by a racist political party in Athens on 5 March.

We demand that the Greek authorities arrest the perpetrators who committed this heinous act against our flag, and bring them to justice as soon as possible.” the Turkish Foreign Ministry said in a statement.

In another statement, Ankara that has repeatedly threatened Greece and Cyprus in recent times, dictates what the Greek President can say or not.

The Greek press has reported yesterday (6 March) that Mr. Pavlopoulos, President of Greece has made the following remarks about Turkey: “We might not have the territory that we should have had historically”… “If history compels us, we will do what our ancestors had done…”

We invite President Pavlopoulos to respect international law and our borders, and to refrain from a rhetoric which is not befitting his position, and that could cause unnecessary tension, the Turkish Foreign Ministry said.