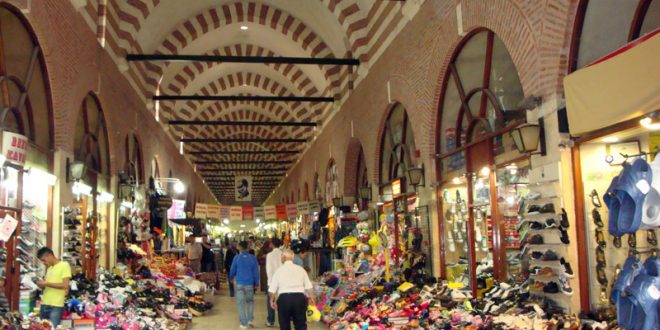 March 15, 2018 Greece, Politics Comments Off on Edirne economy suffers after Greeks declare ’embargo’ due to two soldiers in custody 642 Views

Greeks in the North have turned their backs to the attractive commercial market of Edirne – Adrianopolis – in Turkey due to the ongoing detention of the two Greek soldiers who remain in custody for the 15th consecutive day in the high security prison the same city.

Locals from the Evros and the broader area in North-Eastern Greece declared “embargo” for Turkish products and they stopped visiting Edirne which was of significant attraction due to the prices much lower than those in Greece.

Hurt from the embargo are the Turkish shopkeepers and the local economy.

“In the last 10-15 days hardly do Greeks come in our shops and if they do they do not buy anything,” Edirne merchants told Greek private Ant1 television adding “this is very negative for us.”

“There used to be 10 Greeks per day in our shop, now there are maybe two and they don’t even buy anything,” a merchant said.

“it is very difficult for us, because our economy is depends on Greeks and Bulgarians,” another shopkeeper added.

In the city of 160,000 inhabitants just a few kilometers away form the border crossing of Kastanies, estimated 1,000 Greeks per day used to visit for food purchases before the embargo. Some 4,000 Greek would visit the city over the weekends.

Many Greek tour operators who would organized the tours to Edirne have suspended the organized excursions until the two Greek soldiers are released.

“We cannot spend our money to Turkey when our children sit in prison,” the owner of the biggest tour operator in the area told Greek media last week when he announced the suspension of tours to Edirne.

So far, the Turkish prosecutor has not completed the case file, although the investigation on the mobile phones of the two Greek soldiers did not show any indication of espionage.

According to latest information by private Skai TV, the soldiers’ lawyers and the Turkish judge will most likely have a meeting on March 30th. Any further development is expected after this date, meaning that the Greek soldiers will be in Turkish prison for at least one month.