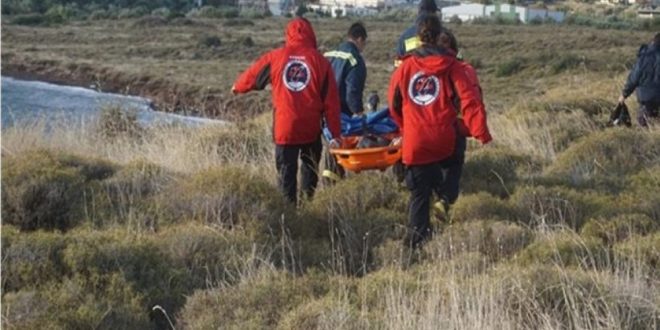 Migrant boat capsizes in the Aegean, 16 dead among them several children

March 17, 2018 Refugees Comments Off on Migrant boat capsizes in the Aegean, 16 dead among them several children 822 Views

A far-reaching tragedy with migrants and refugees occurred on Saturday morning in the sea area off ​​Poros, in the southeast of  the island of Agathonisi, Dodecanese. A wooden boat carrying people from Turkey to Greece capsized causing the death of at least 14 people, among them several children.

Two women and one man managed to swim to the beach. They told authorities that 21 people were on board.

For the majority of passengers the dream for a better future ended in the deep blue waters of the Aegean Sea.

A huge Search and Rescue operation was launched, five Coast Guard vessels, a Frontex vessel, a helicopter of the Greek Air Force,  a gun boat of the Navy and four fishing boats are participating.

The first bodies recovered belonged to a man, a woman and four children.

Short before noon, a total of 14 bodies were recovered, while three people were rescued.

According to local media, there are four people still missing.

The S&R operation continues, while in the sea area winds are blowing with an intensity of 5 Beaufort.

The bodies will be transferred to the hospital of the nearby island of Samos.