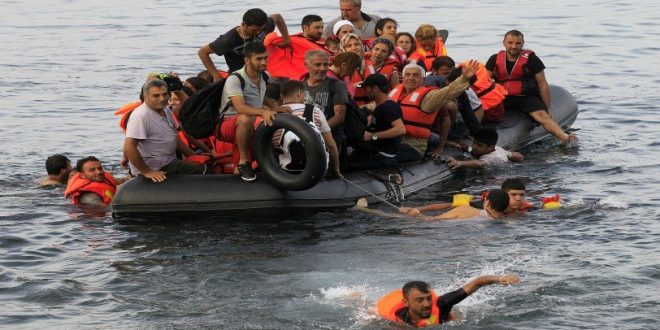 Unnamed officials in Berlin, Brussels and the EU’s border agency Frontex,blame Greece for undermining the EU-Turkey refugee and migrants deal as it moved people form the overcrowded camps on the islands to the mainland.

Data published by the German newspaper Die Welt suggest that Greece has been undermining the European Union-Turkey deal signed two years ago to stem the flow of refugees and migrants to the continent.

Citing unnamed officials in Berlin, Brussels and the EU’s border agency Frontex, the report alleges that the Greek government has moved a large number of asylum seekers from the Aegean islands to the mainland, effectively preventing their return to Turkey.

The message is that any asylum seeker who manages to land on one of the Greek islands, he can then move on to central Europe, officials told the newspaper.

According to EU figures cited by the newspaper, between March 2016 and January 2018, 62,190 asylum seekers landed on the Aegean islands, of whom 27,635, or 45 percent, were subsequently transferred to mainland Greece.

German officials told the newspaper that only a very small number of people whose asylum request had been turned down by authorities had been returned to Turkey. Greece, the same officials said, is effectively creating an incentive for migrants hoping to enter the continent which could lead to a spike in arrivals. welt.de

PS Of course. Should the plan go according to Berlin, Brussels and everyone involved, thousands of migrants should remain in the overcrowded camps in the islands and break Greece’s strongest industry, that is the tourism.