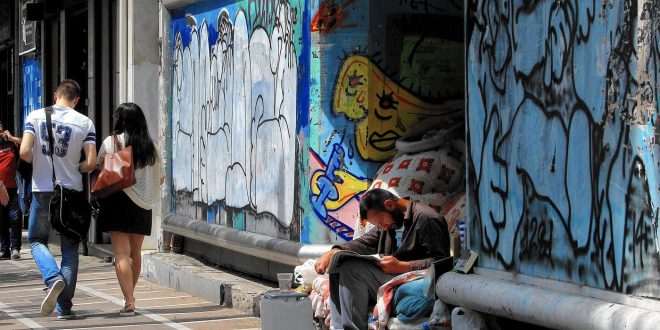 Over taxation of low and medium incomes, low wages, non existing benefits, a poor education system: these are the key words in chapter “Greece” as presented by the Organization for Economic Cooperation and Development (OECD) in its Going for Growth 2018 report beginning of the week. the international organization takes for granted the broadening of the tax-free basis that will tax also the poor.

According to the report, families in Greece with an average monthly salary of 900 euros pay particularly high taxes in return for an almost nonexistent benefits policy and a poor education system.

Meanwhile the country has the third highest tax rate in the European Union for medium and high incomes, which in the last few years have faced an ever increasing tax bill, Eurostat data show.

By contrast, the majority of OECD and eurozone countries have been constantly reducing their tax rates, both for individuals and corporations, while improving social benefits.

A closer look at the data presented on Tuesday by the OECD in its “Going for Growth” report and Eurostat indicates that Greece resembles a Scandinavian country in terms of taxation while remaining firmly in the Balkans as far as benefits and education are concerned.

Last year Greece had the fourth highest tax rate for individuals across the EU. Combined with the solidarity levy, income tax amounted to 55 percent, behind that in Sweden (57.1 percent), Portugal (56.2 percent) and Denmark (55.8 percent). On the other hand Bulgaria has maintained its rate unchanged at just 10 percent since 2008.

Greece runs counter to the rest of Europe, hiking its top rates from 40 percent in 2008 to 55 percent today, as income tax last year came to 45 percent for earnings over 200,000 euros per year plus 10 percent for the solidarity levy.

Taxation on families with children is particularly high in Greece: OECD data provide the example of a couple with two children and an average salary of 850-900 euros per month who pay 38.2 percent of it to the taxman, against an OECD average of 30 percent. In Ireland it comes to 13.6 percent.

It’s even worse for the jobless, who get a benefit of just 40 percent of the average income, against 72.8 percent in Italy and the Czech Republic. The unemployment allowance is 365 euro per month for the total period of only 12 months.

The OECD also stresses the very low quality of the Greek education system based on its PISA ranking, compared to fellow member-states.

On the bright side of Greek life, the OECD reported also of “significant measures to strengthen social protection,” after Greece implemented reforms in 2017.

The report also states that Greece has made progress in implementing the comprehensive reform of public administration adopted in 2016, which aims at reducing political interference and increasing transparency and accountability and fighting against corruption.

Regarding the electricity market, the OECD states that Greece has established greater competition in the market of electricity generation. It also said that 15 countries have recently reformed their bankruptcy laws.

Greece was also hailed for promoting since 2010 reforms in debt restructuring.

In order to combat black labour, Greece needs to reduce labour tax wedges on low-paid workers where they remain high. 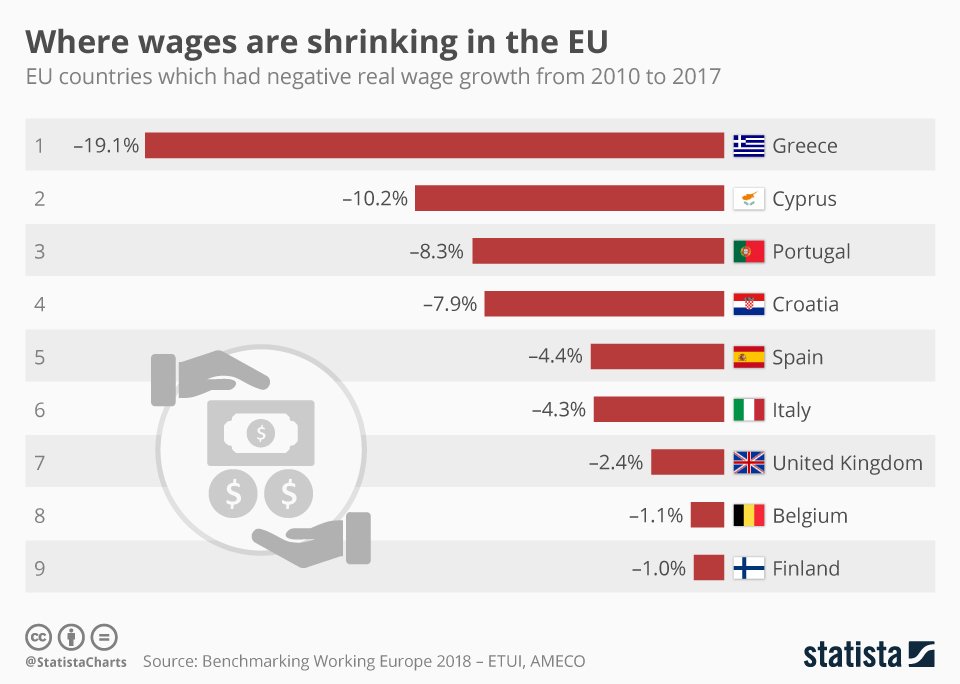 And this is just the average as usual in statistics. In real Greek life, work payments have dropped to 2-3 euro/hour with part-time and rotation contracts to grow each and every day.

Worth noting is the OECD takes for granted the broadening of the tax free basis as of next year, although this measure demanded by the IMF was linked to the achievement of the growth targets.

This is for sure a dead certain success recipe for a flourishing economy and citizens in prosperity: taxes like a Scandinavian country, wages like a third world country, benefits and education like a Balkan country