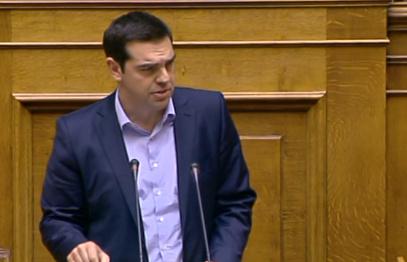 Prime Minister Alexis Tsipras, in concert with Cyprus President Nicos Anastasiades, intends to raise the issue of Turkey’s provocative actions in the Aegean and Cyprus’ Exclusive Economic Zone (EEZ) during the European leaders’ summit meetings in Brussels on Thursday and Friday, government sources said on Wednesday.

According to AthensNewsAgency, the sources also noted a statement by European Council President Donald Tusk, about a month ago, that EU leaders will strive to send a strong message to Turkey over both its actions and rhetoric.

In Brussels,  Tsipras is expected to have meetings with Tusk, German Chancellor Angela Merkel, French President Emmanuel Macron and UK Prime Minister Theresa May over the two days, to discuss Turkey, Cyprus and FYROM.

Tsipras is expected to especially emphasise the issue of the two Greek soldiers currently being held in a Turkish prison, seeking to coordinate and put stronger pressure on Ankara for their swift return. The two soldiers were arrested after crossing the border into Turkey during a border patrol, in what the Greek side says was an accidental incident caused by poor visibility in the area.

He will also outline Greece’s positions on the European prospects of the Western Balkans and the progress of Athens’ talks with Skopje and Tirana, which are crucial for the accession prospects of FYROM and Albania.