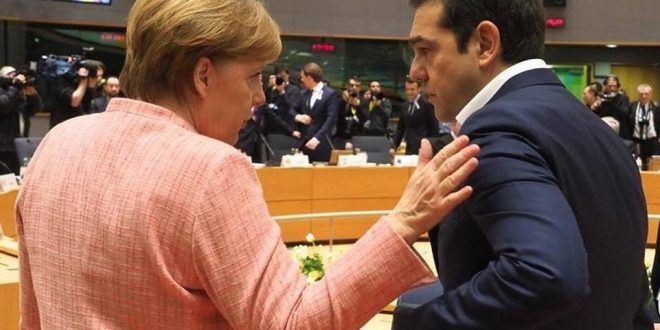 The European Council took a historical decision. For the first time, it condemns Turkey for its illegal actions in the Eastern Mediterranean and the Aegean Sea and underlines its full solidarity with Cyprus and Greece. Surprisingly, the European Council made a special reference to the two Greek soldiers in Turkish custody, and expressed its grave concern about the detention.

European Council conclusions on the Western Balkans and actions by Turkey in the Eastern Mediterranean and the Aegean Sea, 22 March 2018

Actions by Turkey in the Eastern Mediterranean and the Aegean Sea

The statement by the 28 European Union member states  at the EUCO – EU Summit meeting in Brussels on Thursday comes after Turkey detained the two Greek soldiers on March 1st and keeps them in high security prison without raising charges. The statement comes after Ankara’s  promise to prevent the internationally-recognized Greek Cypriot government from exploring for oil and gas and the continuous provocations against Greece in the Aegean Sea, violations of the Greek sovereign rights and the Turkish claims that several islands in the Aegean do not belong to Greece.

In a telephone conversation with Tsipras on Thursday, Russian president Vladimir Putin promised to intervene to Erdogan about the Greek soldiers during the Turkish-Russian Council in Istanbul on April 3rd.

So far there has not been an official reaction by Turkey.