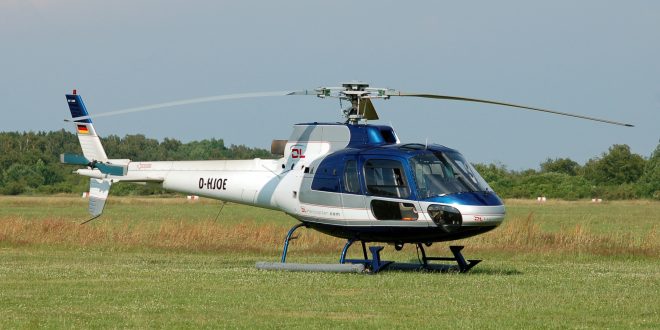 One French and one German national have been arrested for secretly filming military facilities. They were spotted flying a helicopter over the 117 Combat Wing in the air base of Andravida, western Peloponnese.

The two foreigners were flying a Eurocopter AS 350BA Ecureuil over the air base on Saturday.

The ministries of National Defense and Citizen Protection went on alert.

Greek Authorities are considering the possibility that the French and the German are agents operating on behalf of a third country. Investigation in the leasing data of the helicopter showed that the leaser was an Albanian national.

Officials in the Defense Ministry are examining the footage content the two men have gathered in order to see whether specific  areas in the wider region were targeted.

It all began Saturday afternoon, when the air forces of the 117 Combat Wing at Andravida airport spotted the helicopter just flying over  their heads.

They contacted the Civil Aviation with the purpose to identify the helicopter and confirm the flight plan it has submitted.

The helicopter had apparently submitted a flight plan to Loutraki, some 300 km away in the North-East.

A little later, the helicopter was forced to land at Megara Airport and the two foreigners were arrested, according to initial media reports.

Greek police inspection revealed that the helicopter has several recording devices such as camera etc. The helicopter remains in Megara airport.

A little later, the case became even more complicated, as other media reported citing company sources that the company has a contract with a German company that is renting two helicopters renting it. They were doing business with some French in order to take pictures from the rubble along the Ionian Highway.

The helicopter took off but has not requested for special permission. So it was forced to land and the pilots were arrested.

According to the company, the two operators were charged with espionage, but they were released on the same afternoon. According to the same source,  they will seek a special permit and will continue their work.

A German doing business with French over the rubble along a Greek highway rent a helicopter in Albania to flight to Loutraki and ‘accidentally’ find themselves 300 km away. Sadly, Greek media do not report the location from where the helicopter took off. Albania?