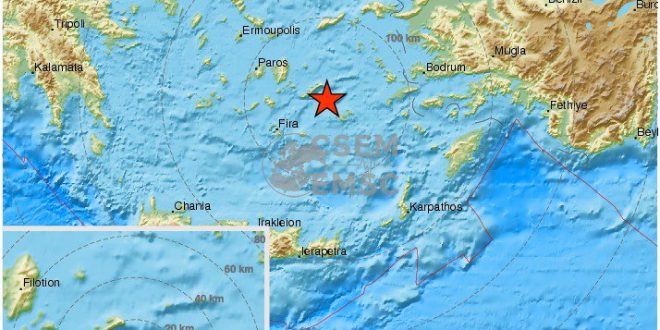 Earthquake 4.7 R rattles the Cyclades and the Dodecanese

April 10, 2018 Earthquake, Society Comments Off on Earthquake 4.7 R rattles the Cyclades and the Dodecanese 1,010 Views

An earthquake measuring 4.7 on Richer scale stroke the South Aegean Sea at 06:56 p.m. on Tuesday and rattled the islands of the Cyclades group and the Dodecanese. 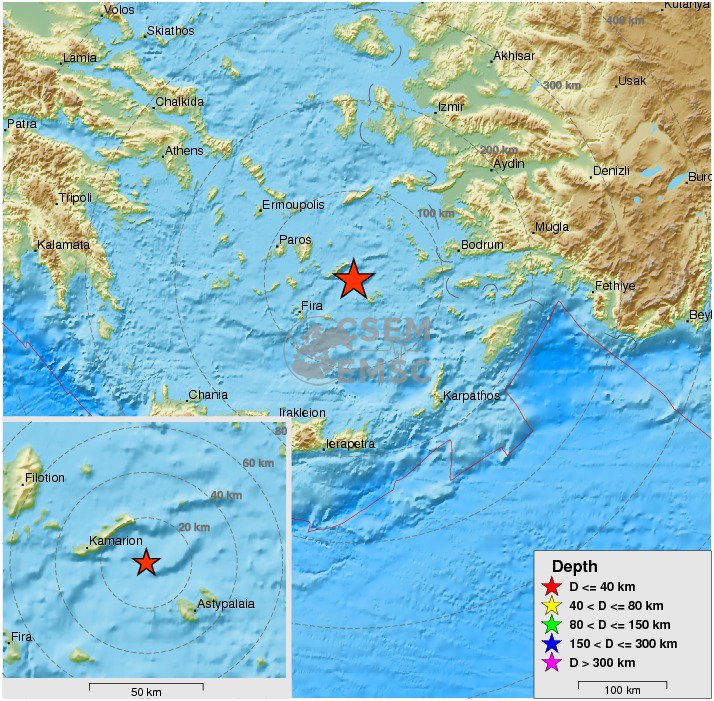 The tremor was felt not only in the area close to epicenter but also in the whole South Aegean as well as in cities and towns on the Turkish coast. 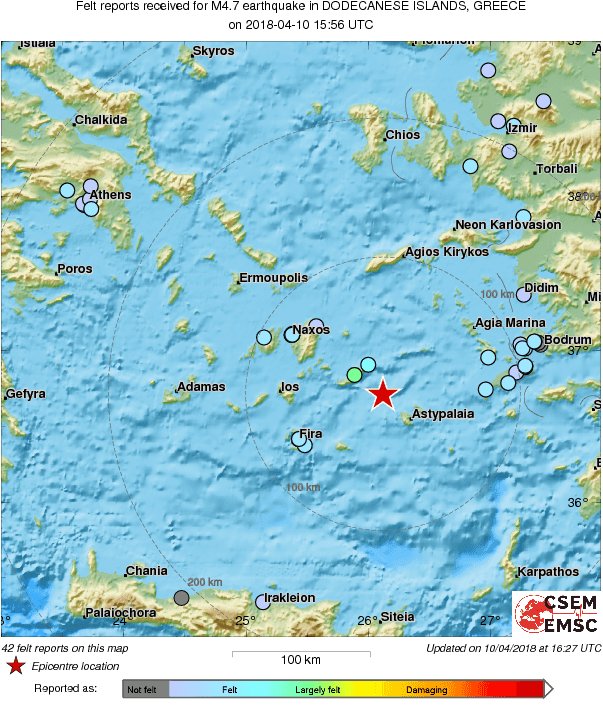 The European Earthquake Institute initially reported of 5 R, but later it revised the magnitude at 4.7 R.

It is reportedly the third earthquake occurring close to Astypalaia in the last three days. The first occurred with 2.2 R on Sunday noon, the second with 3.2 R on Monday noon. On Monday evening, an earthquake measuring 3 R occuurred in the sea area 13 km south of the island of Santorini.