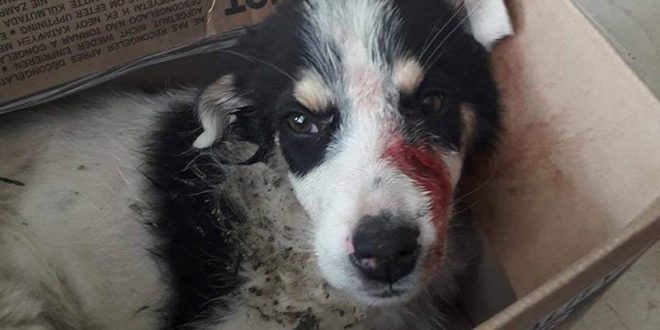 Priest arrested for hurting puppy with a crowbar on Easter Sunday

Greek police arrested a priest on Easter Sunday for having beaten and injured a puppy on the head with a crowbar. Authorities imposed an administrative fine of 30,000 euros. Due to immediate medical care the puppy managed to have survived the brutal hit.

According to local welfare organizations,  an eyewitness intervened to the brutal abuse and immediately informed the police.

It was also the policemen who transferred the injured puppy to a pets clinic with the veterinarian to have rushed to save the puppy despite the fact that it was Easter Sunday, one of the biggest holidays in Greece.

According to local animal welfare “Volunteers for Stray Protection in South Larissa”, the two policemen from the police station in Tempi put the puppy into a carton box and took it to the vet in Larissa from the village of Sykourio.

As for the 80-year-old perpetrator, locals say he is a Catholic priest, although some express doubt whether he is indeed a priest or just wearing a priest’s clothes. Police is going to investigate whether he is a priest or not.

He reportedly hit the stray puppy because it entered into his home yard.

Locals report that the man is known for  his aggressive behavior. He gave no logical explanation to police about his dead.

The man spent one night to the police station and was released by the prosecutor order the next day. A case file is being prepared.

The puppy remains in the clinic, but the little beauty will need a foster care in Larissa after she is being released. 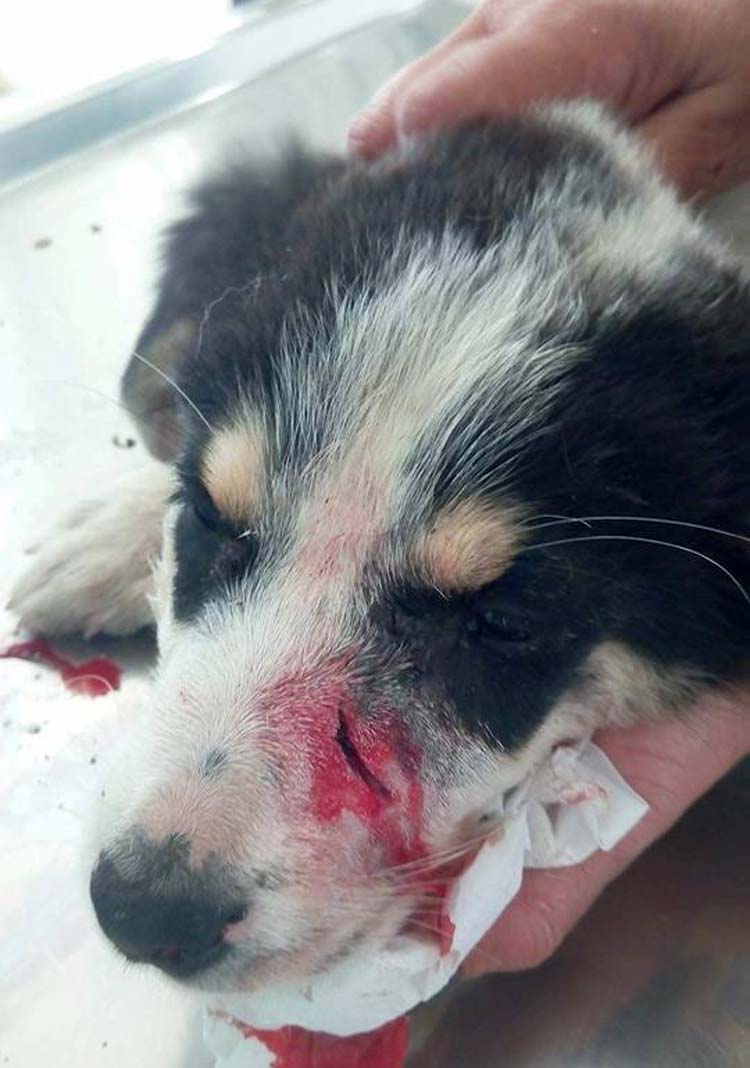 The local welfare reported on Monday that according to latest information from the vet clinic, the puppy does not show signs of concussion or inflammation. She is still frightened, however, she started to cautiously wave her little tail and seems to be in good spirits given the immense shock she has suffered.

Any donation, not matter how small or big, is greatly appreciated. Like the majority of animal welfare organizations in Greece, Stray Volunteers of Larissa on Facebook (on Twitter here ) solely depends on people’s donations.

On the first day, the bill for medical expenses was 70 euros.

The puppy will be free for adoption as soon as she has fully recovered.

PS I have to mention that this is the third animal abuse incident that has been reported on Greek television channels in the last few weeks. Even though there is no official campaign against animal abuse, I have realized that more and more Greeks are getting aware of the problem when it is reported via the TV. While psychos cannot be prevented, at least witnesses of such horrible animal abuses can be encouraged to report such incidents to police and the primitive thugs are arrested as soon as possible.