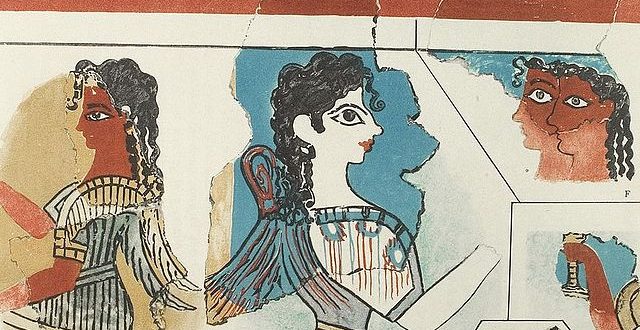 DNA analysis sheds light on origins of Minoans and Mycenaeans

During the Bronze Age, two important civilizations emerged in Greece: the Minoans and, later, the Mycenaeans. These ancient peoples were among the earliest of the so-called “high cultures” of Europe: they communicated with sophisticated writing systems, painted elaborate frescoes, and—in the case of the Mycenaeans—built fortifications so large that later Greeks believed the structures had been created by giants.

As Megan Gannon reports for Live Science, researchers recently conducted an extensive genomic analysis of Minoan and Mycenaean DNA. Their findings suggest that the two groups shared common ancestry, and that they are genetically linked to the Greeks of today.

The study, published in the journal Nature, sought to unravel one of the enduring mysteries of classical scholarship. Although the Minoans and Mycenaeans left behind plenty of material evidence, archaeologists have long puzzled over the groups’ origins.
Sir Arthur Evans, the archaeologist who found evidence of a distinct Minoan culture, believed that the group may have hailed from Egypt; others have suggested that the Mediterranean, Turkey, or Europe as more likely points of origin. The Myceneans have similarly confounded experts, as Louise Schofield writes in The Mycenaeans. Early researchers thought the culture was established by foreign invaders who spoke an early version of Greek. “However, more recent thinking tends to the view that it is too simplistic to think in terms of a single wave of Greek-speakers sweeping into the area,” according to Schofield.

Additionally, traditional scholarship has posited that the Minoans and Mycenaeans were two distinct peoples, according to Phys.org. But the new study suggests that this might not be the case.

Researchers analyzed DNA samples from 19 Bronze Age individuals. Ann Gibbons of Science reports that the remains belonged to 10 Minoans from Crete, four Mycenaeans, and five people from other early Bronze Age cultures of Greece and Turkey. The team compared 1.2 million letters of genetic code from these individuals to the genomes of 334 people from other ancient cultures, along with those of 30 modern Greeks.

In a significant revelation, researchers found that Minoans and Mycenaeans were closely related. At least three-quarters of DNA from both groups came from “the first Neolithic farmers of Western Anatolia and the Aegean,” the authors of the study write. Both cultures also inherited DNA from the peoples of the eastern Caucasus, located near modern-day Iran.

“This finding suggests that some migration occurred in the Aegean and southwestern Anatolia from further east after the time of the earliest farmers,” says Iosif Lazaridis, a Harvard University geneticist and co-author of the study, according to Phys.org.

Though the genomes of the Minoans and Mycenaeans were similar, they were not identical. Interestingly, the Mycenaeans shared four to 16 percent of their DNA with early hunter-gatherers of eastern Europe and Siberia. The authors of the study speculate that this finding points to another early migration to Greece—one that did not reach the Minoan homestead of Crete.

Researchers also observed genetic links between the Mycenaeans and modern inhabitants of Greece, “with some dilution of the early Neolithic ancestry,” the authors of the study write. The team posits that their findings “support the idea of continuity but not isolation in the history of populations of the Aegean.”

As Gibbons points out, the study’s findings are particularly nifty because ancient Greeks believed that they hailed from the early inhabitants of the Aegean. Homer’s account of the Trojan War, for instance, tells of an epic battle waged by Agamemnon—king of Mycenae and leader of the Greek troops. The heroes of ancient mythology were fictional, of course, but the genetic connections between successive Greek cultures may have been very real indeed. 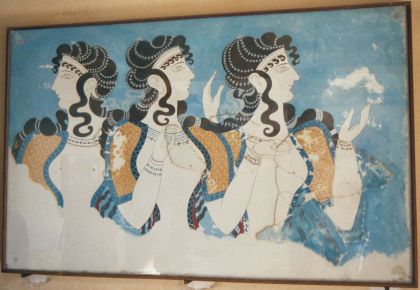 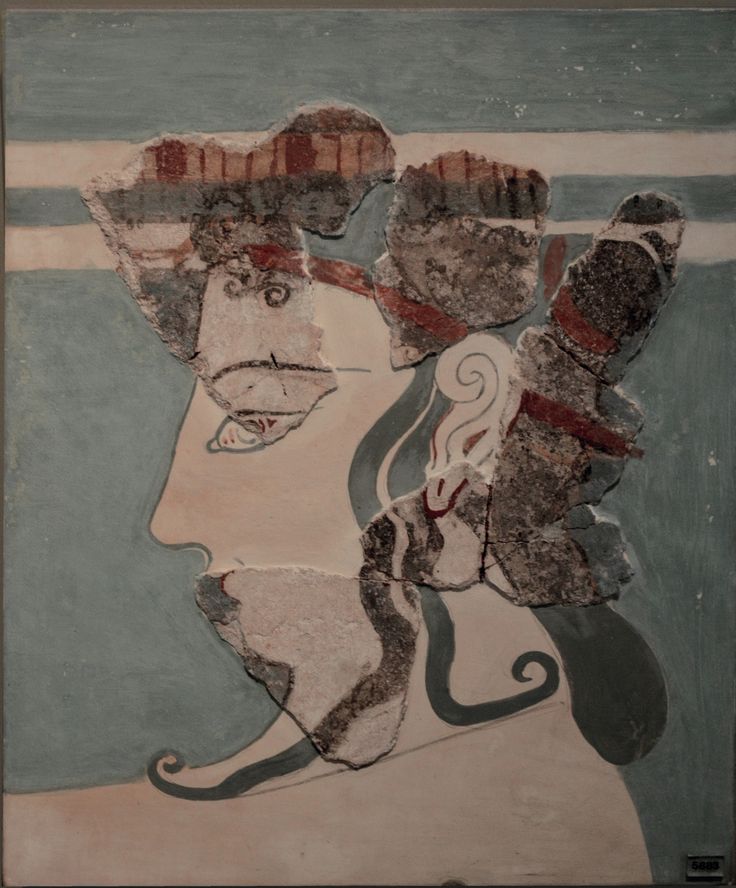 To tell you the truth when I was at elementary school 5.-6. grade I was always thinking Minoans and Mycenaeans were optically if not the same, at least relatives.