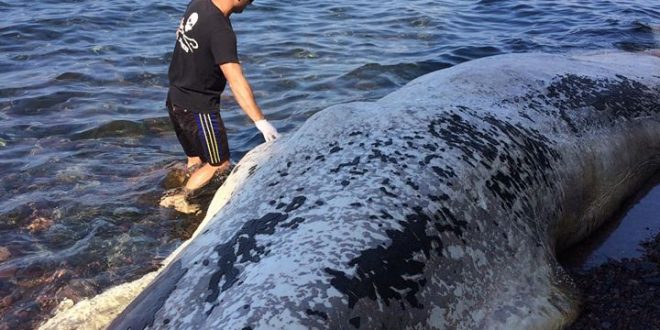 More than 30 kg of plastic, mainly plastic bags, were found in the stomach of the whale that was washed out on the island of Santorini last week. The conducted autopsy showed that the huge mammal died of a gastric shock. The whale was unable to digest or excrete the rubbish through its digestive system. The problem caused peritonitis inflammation in its intestines that led to the animal’s death, local media report.

The dead whale brings back to the spotlight the problem of tonnes of plastic landing into the waters, polluting the environment and leading to death of marine life.

The body of the 9-meter long sperm whale  – or Physeter macrocephalus as the scientific name is –  was washed ashore on Akrotiri area on the island of Santorini in the Aegean island group of Cyclades on April 10th. The body weighting more than 7 tones was in condition of advanced sepsis. 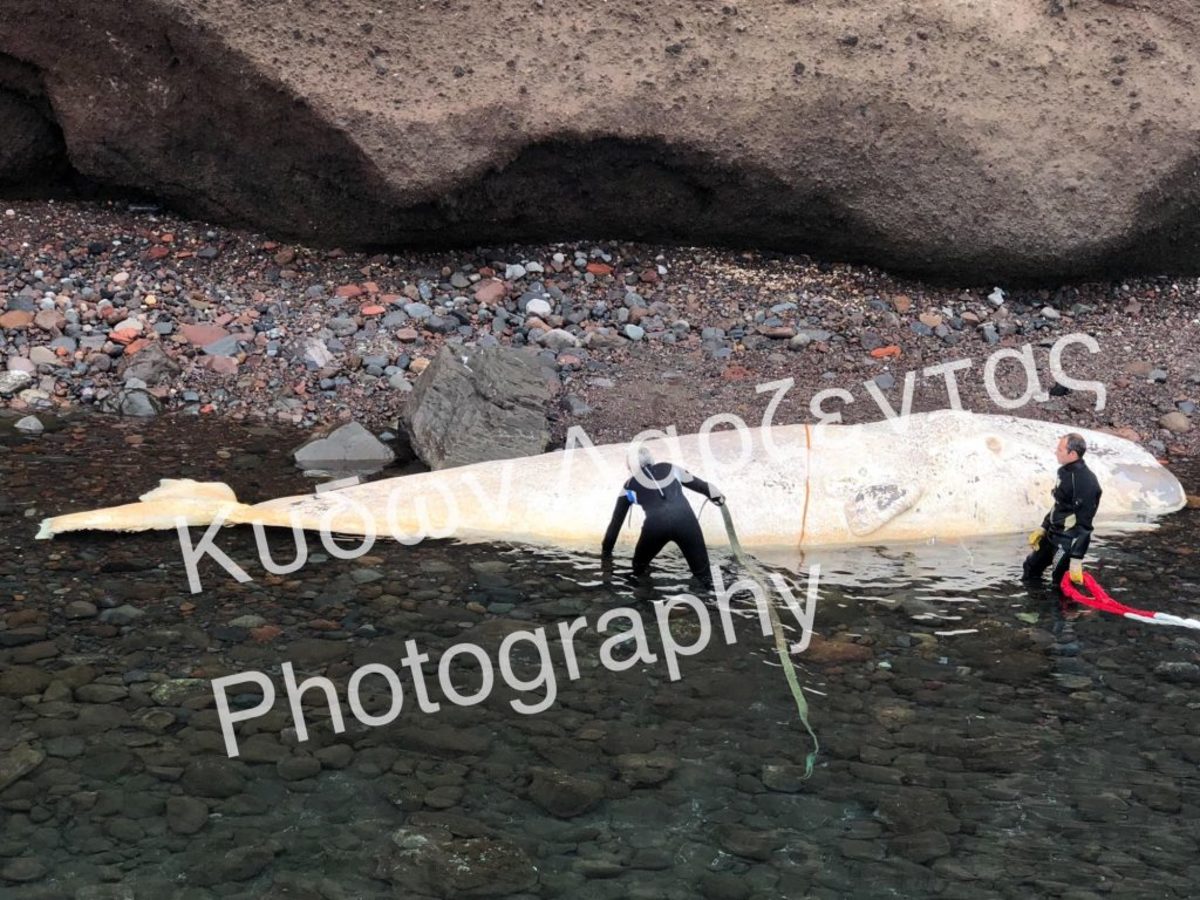 The whale body was discovered by a local diver who happened to be in the area.

Two days later, the carcass was removed with the help of a small local ferry and a crane. The operation was difficult as the heavy body was at risk of dissolving due to the heavy weight and the advanced decay. 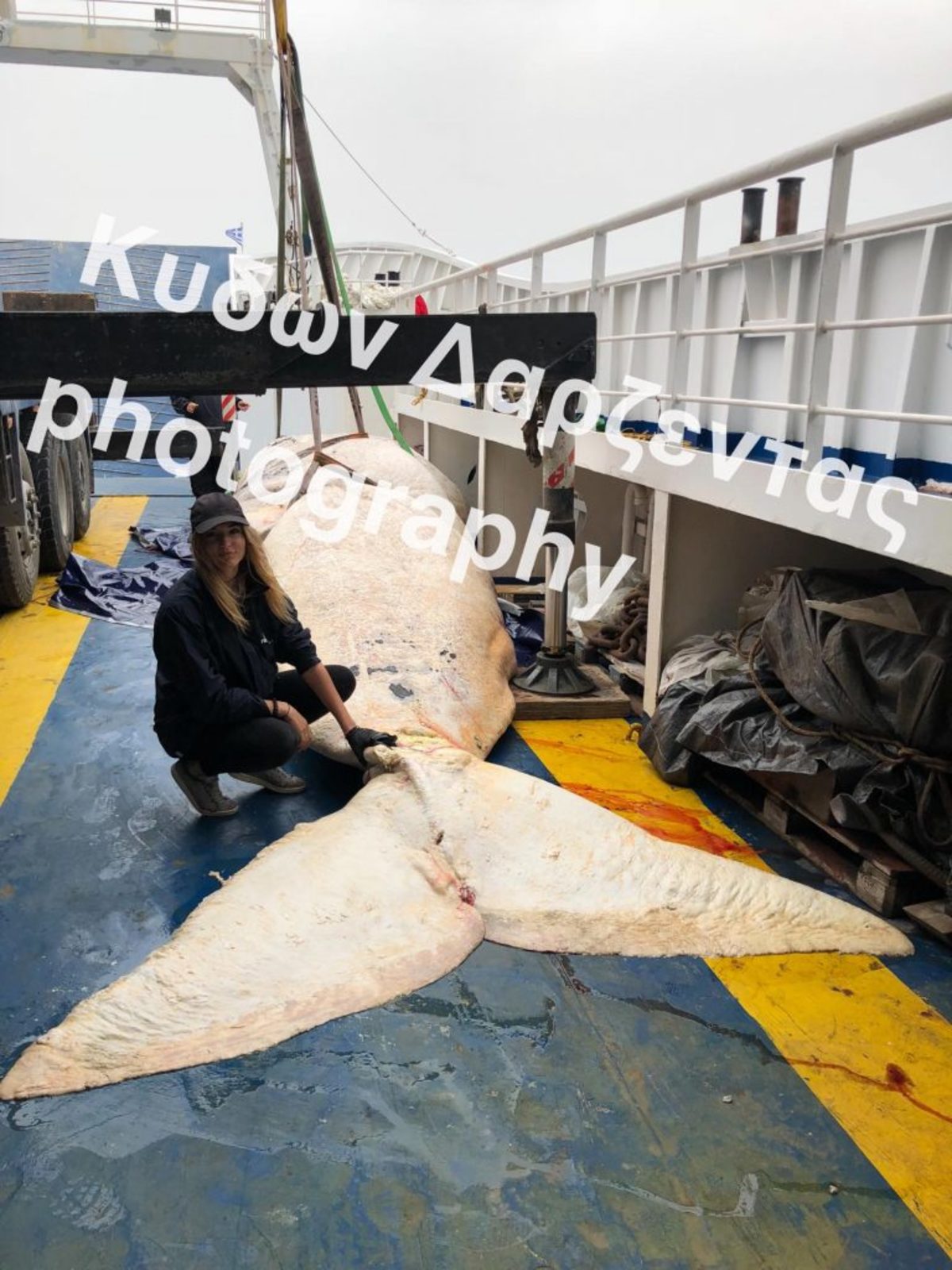 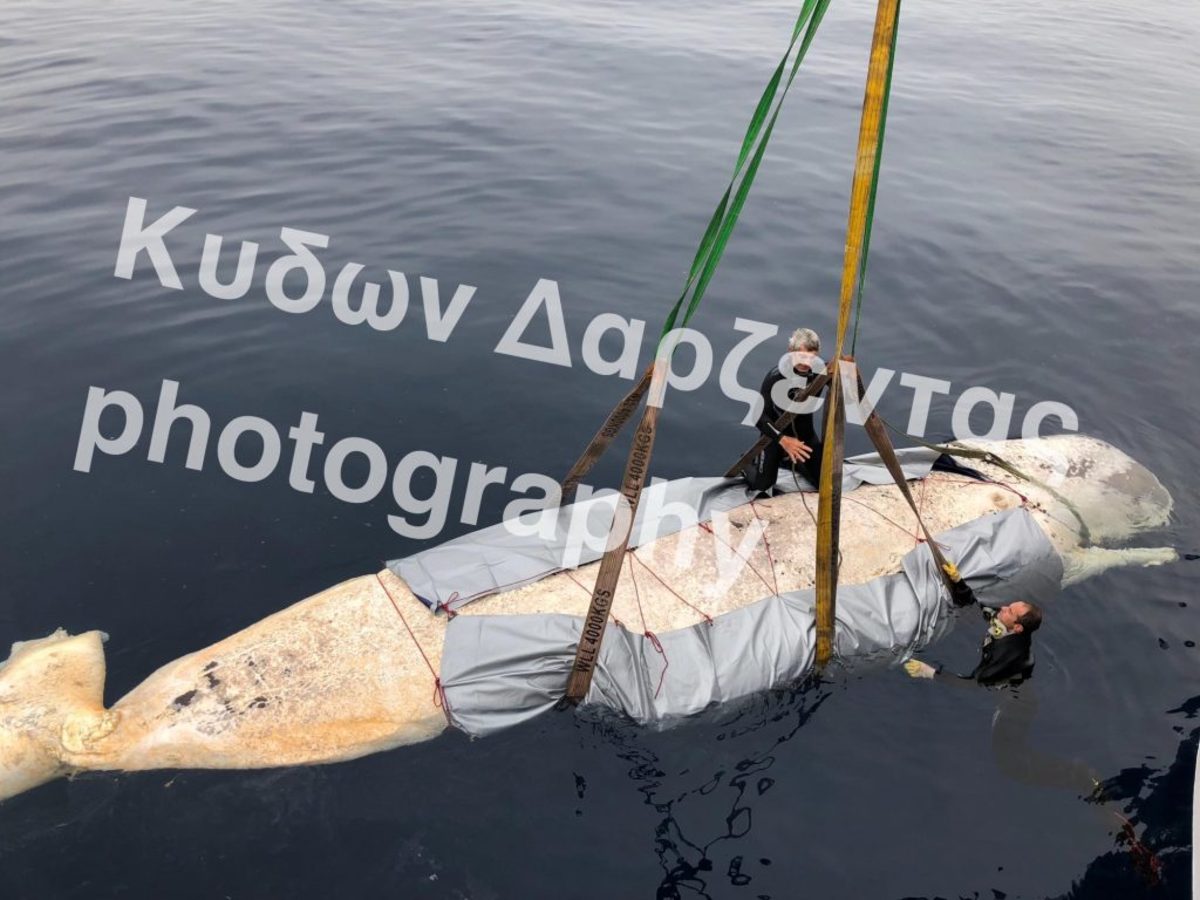 Part of the body was buried, the rest was taken for autopsy to determine the causes of the death.

Depending on the whales size, social structure, environment, species and type (baleen or toothed) whale diet can change drastically from small aquatic life forms such as fish, shrimp, larvae, plankton, crabs, krill and squid to large marine mammals such as sea lions, walruses and others.

One common technique marine mammals use is known as filter feeding in which these large animals swim around with their mouths open and filter food through their baleen bristles.

The baleen bristles act like a filter by allowing water to escape while being packed tightly enough to prevent their prey from getting out.

Some whales like the grey whales consistently eat from the bottom of the ocean.

Whales can be poisoned by swallowing litter, such as plastic bags.