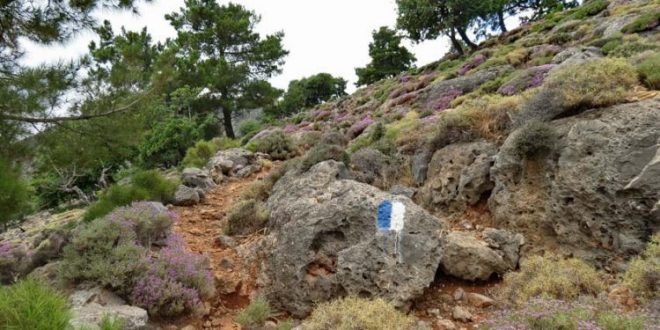 The adventure of a German tourist ended late Thursday afternoon, when rescue teams reached the woman and led her back to safety. The 50-year-old woman on a a hiking tour from Sougia to Agia Roumeli in the mountainous area of Chania on the island of Crete.

She reportedly lost her way and orientation and furthermore she suffered from dehydration as she had not taken with her enough water supplies.

Suffering under tremendous discomfort, disorientation and even hallucinations, the woman managed to call the international emergency number <112> and ask for help. However, she could not say where exactly she was.

Immediately, the local Fire Service deployed a rescue team that climbed on the mountain. Accoding to local media, residents of a nearby village spotted the tourist and helped her first with water and trasnfer to safety.

Ten days ago, another German tourist was rescued after the 73-year-old woman broke her leg while on hiking in the gorge of Rihtis in Siteia. However, the woman was not alone  and her friends called for help.