Breaking News
Home / News / Economy / WP: Greece’s economic crisis is over only if you don’t live there 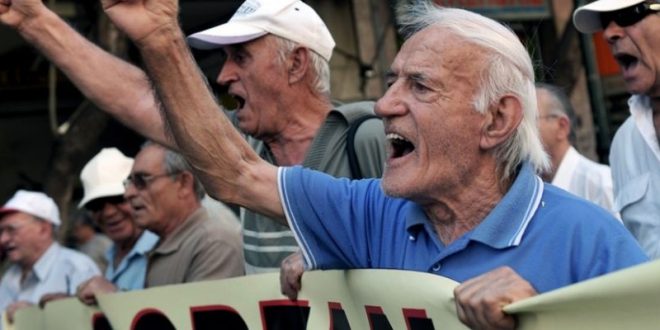 WP: Greece’s economic crisis is over only if you don’t live there

Greece’s economic crisis is over only if you don’t live there. Everyone else, in other words, might have moved on because Greece isn’t threatening to knock over the other dominoes that are known as the global economy anymore, but its people are still stuck in what is the worst collapse a rich country has ever gone through. Indeed, if the International Monetary Fund’s latest projections are correct, it might be at least another 10 years before Greece is back to where it was in 2007. And that’s only if there isn’t another recession between now and then.

Two lost decades, then, are something of a best-case scenario for Greece.

The numbers are staggering. It’s not just that Greece’s economy shrank 26 percent in per capita terms between the middle of 2007 and the start of 2014. Greece has grown only a total of 2.8 percent — again, adjusted for its population — in the first four years of what is supposedly a recovery.

The truth is that there are no easy answers for Greece. It’s true that it would probably be in better shape today if it had defaulted on all its debt and left the euro back in, say, 2009.

But, of course, it didn’t do those things, and it’s hard to justify them now. That’s because Greece doesn’t have just a currency peg but a currency union. The simple story is that it’s much more difficult to replace a currency than it is to say that it won’t be worth a certain amount anymore. You have to substitute all the money in the banks, which probably means shutting them down until you do, and, in the meantime, the resulting panic will send the economy spiraling down once again. That’s a big part of the reason Greece hasn’t left the euro. The fact that its people still think of it as both the imprimatur and guarantor of economic success is the other — and it’s not going to change.

Neither, it seems, is Greece’s slow recovery. The IMF somewhat optimistically thinks that Greece will still be 12.8 percent poorer than it was in 2007 in 2023, which would put it on pace to get back to its pre-recession peak sometime around 2030 or so.

They have made a desert, and called it a recovery. (full report washingtonpost)