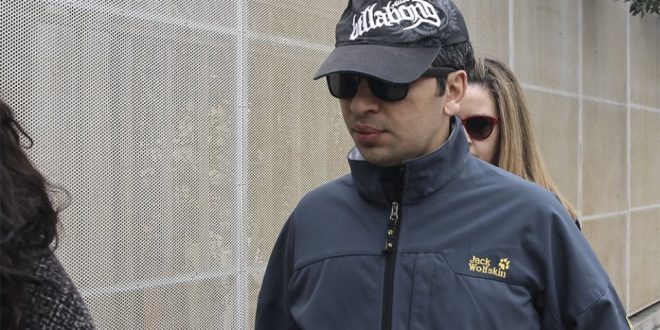 An army of policemen will safeguard on 24-hour basis the Turkish soldier who was released from custody on Thursday.  The man was the co-pilot of the military helicopter that was taken to Greece with eight Turkish servicemen onboard a day after the failed coup in summer 2016.

The pilot is subject to strict restrictions on his movements pending a decision on his asylum application. His name has not be officially disclosed but Turkish media have identified him as Suleyman Ozkaynakci.

He has been transferred to a private home at an address which remains secret. According to Greek media, authorities fear there may be some attempts by Turkish intelligence to abduct or otherwise harm the serviceman. Reason for the Greek fears are reportedly Ankara’s claims  on April 5th that the Turkish MIT has abducted 80 people, “Gulenists”, Erdogan’s enemies abroad, in operations carried out in 18 countries.  Deputy prime minister Bekir Bozdag did not revealed in which countries these operations took place, but one of them was in Kossovo.

According to Greek media, an army of 90 officers incl. snipers from police and intelligence service will safeguard the Turkish serviceman. They are deployed inside and outside his new home as well as in the broader area. Surveillance cameras and microphones are installed in and outside the home. Teams will monitor telecommunications incl electronic ones.

The case has soured relations between Greece and Turkey. Greek courts have rejected a total of three extradition requests by Turkey. Ankara claims the 8 servicemen have participated in the failed coup and need to be tried.

Greece’s judges have ruled that the eight would not get a fair trial in Turkey.

The serviceman’s release Thursday follows a Supreme Court decision last week that said he must remain at an undisclosed address and appear daily at a police station.

The remaining 7 Turkish servicemen remain in custody in a police station in West Athens as they have not been granted political asylum. However, also they are expected to be released in May after the 18-month detention expires.