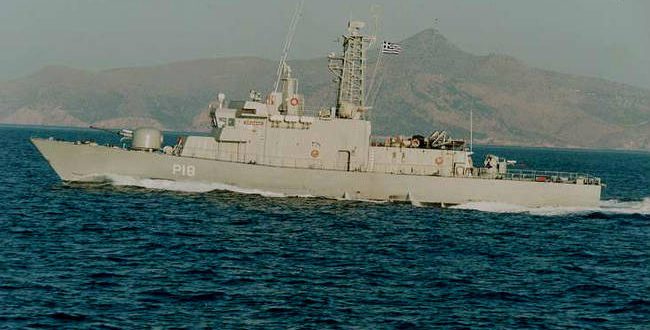 According to a statement issued by the Greek Navy, the Turkish cargo came towards the gunboat, “approached and touched” ARMATOLOS on the left side. KARMATE increased speed and made it towards the Turkish coast. It did not respond to continuous radio calls from ARMATOLOS to stop.

The Turkish cargo violated the International Law of the Sea, breaching safety rules and avoid collision, the statement said.

The Turkish cargo had also ignored visual signals and warning calls from the gunboat while it was on collision course. 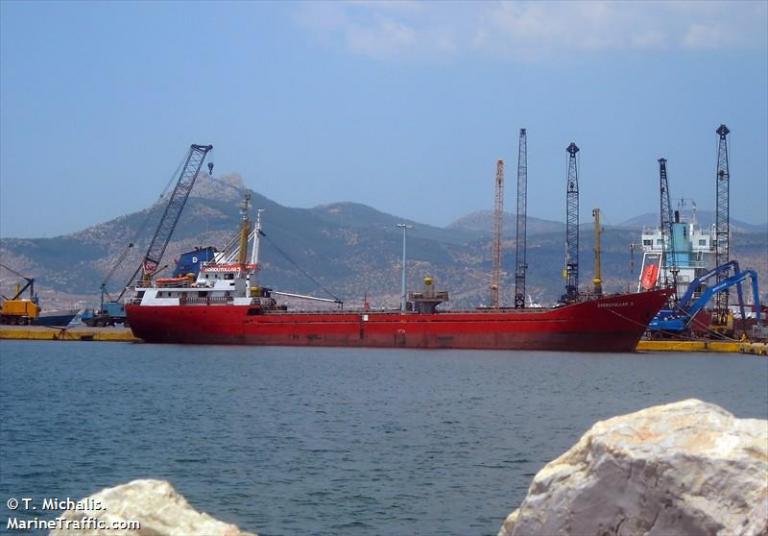 The cargo continued its route and entered Turkish territorial waters. Within 1.5 nautical mile, it was stopped by a Turkish Coast Guard vessel that had heard of the whole incident through the radio.

Gunboat Armatolos suffered no serious material damage in the middle, no crew member was injured.

A Greek Coast Guard boat approached the gunboat that continued its course.

The gunboat immediately informed the Greek Navy and the NATO.

The Navy is going to seek compensation from the KARMATE Shipping company, Greek media reported.

Hours after the incident, the KARMATE seems to be anchored off Turkish coast, at the port of Dekili. The cargo had departed the port of Izmir at 10:30 p.m. Turkish local time with destination Tekirdag port in North Turkey.

The behavior of the Turkish captain of KARMATE is considered as “suspicious”, especially if one checks with the cargo route showing it clearly deviated from its original course. 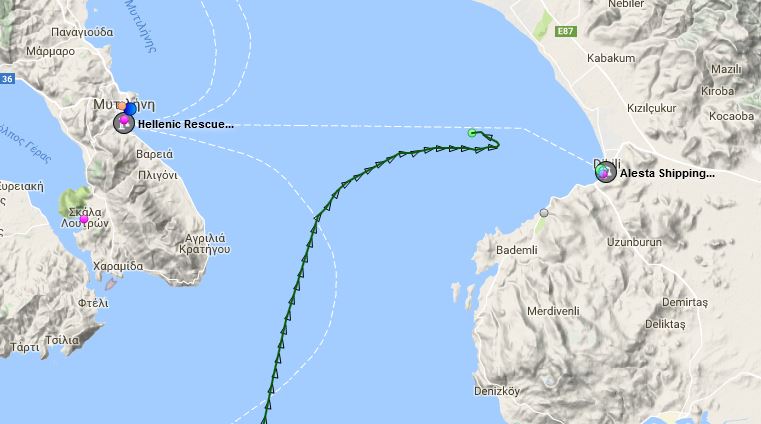 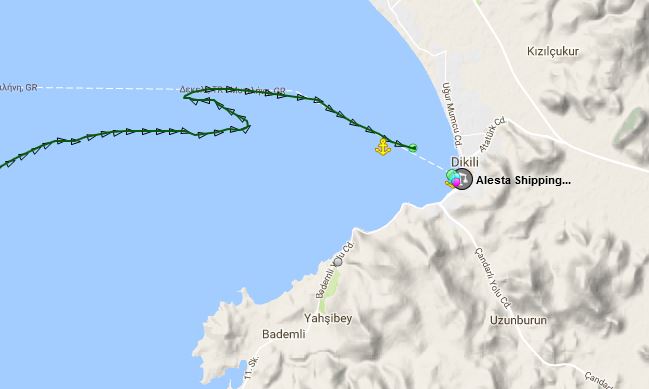 Seven hours after the incident and KARMATE’s shipping company has not issued any statement.

The incident comes amid increased tensions between Greece and Turkey with Ankara to challenge sovereignty rights in the Aegean.