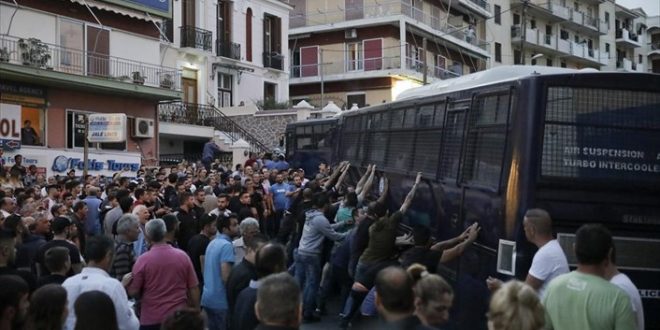 A group of some 80 far-right extremists have attacked journalists and photo reporters covering the visit of Prime Minister Alexis Tsipras to the island of Lesvos on Thursday night. According to athensnewsagency, the extremists threw stones and flares at journalists and police, targeted also locals opposing the violence. The owner of local news website Lesvos Post wrote that he was assaulted outside the Customs building at the port by “people who have nothing to do with Lesvos.”

The attacks started short after the huge protest rally in the Sapphos Square in the capital of the island, Mytilini, had ended.

Here’s video of bus rocking on Lesbos. Happened repeatedly for more than an hour #Greece pic.twitter.com/iSQjH5r00P

They were hurling flares at riot policemen on the other side of the bus. 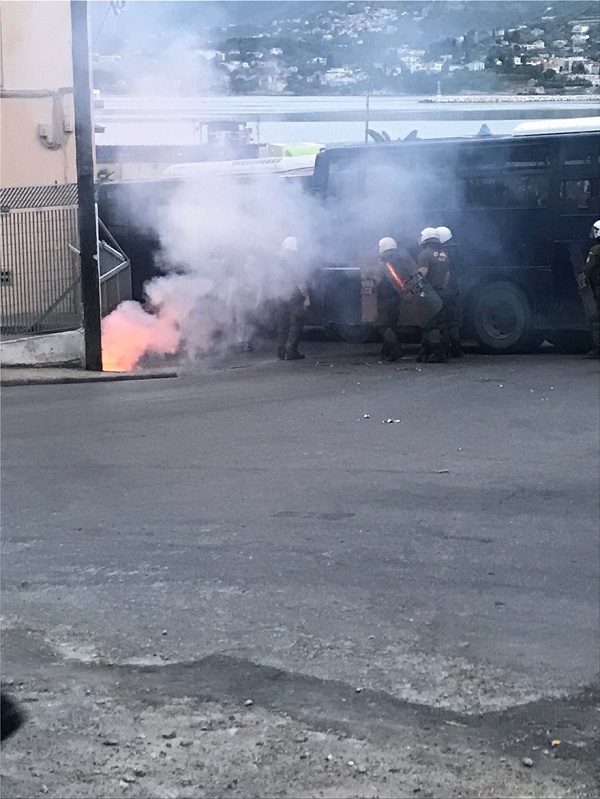 Local media report of a panic that broke out, with young and old peaceful protesters to try to hide, while a few elderly and children suffered from the chemical means, including one priest. The rioters prohibited a fire service truck to extinguish fires in garbage bins.

The extremists were reportedly some “80 young men below 20, while elderly supplying them with stones.” 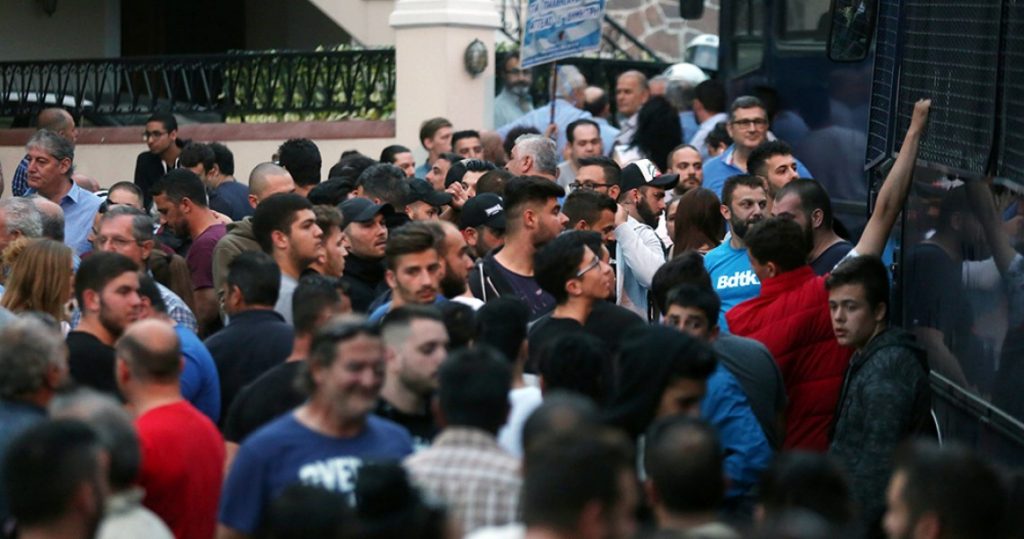 Later, a group of people tried to raid the local offices of SYRIZA.

They set garbage bins on fire, keep throwing stones at policemen until late at night. 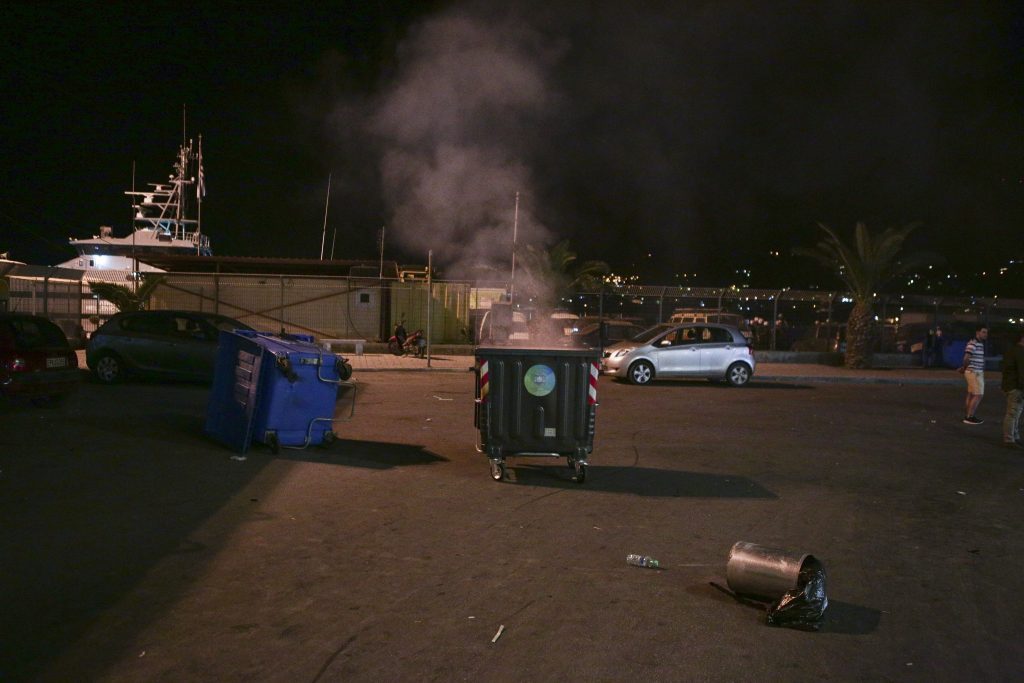 Clashes between protesters and police reportedly lasted until midnight, two were detained. 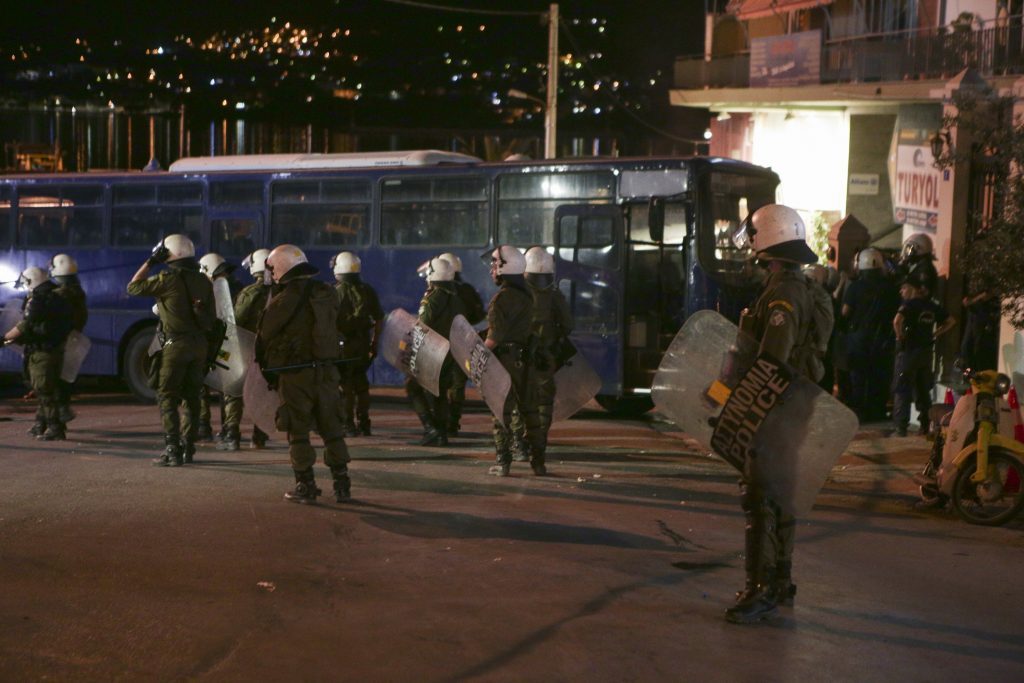 Hundreds of protesters had gathered demanding measures to ease the pressure at the overcrowded refugees and migrants hot spots but also exception from the increasing Value Added Tax from 13% to 24% as of 1. July 2018. 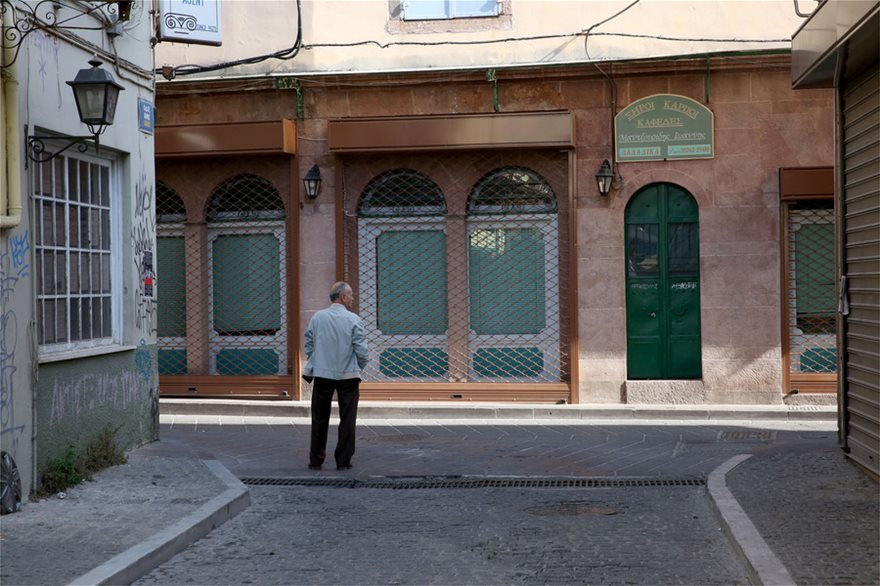 Local businessemen had launched a general strike on the day the Prime Minister was visiting the island, shops and businesses remained closed all through Thursday. 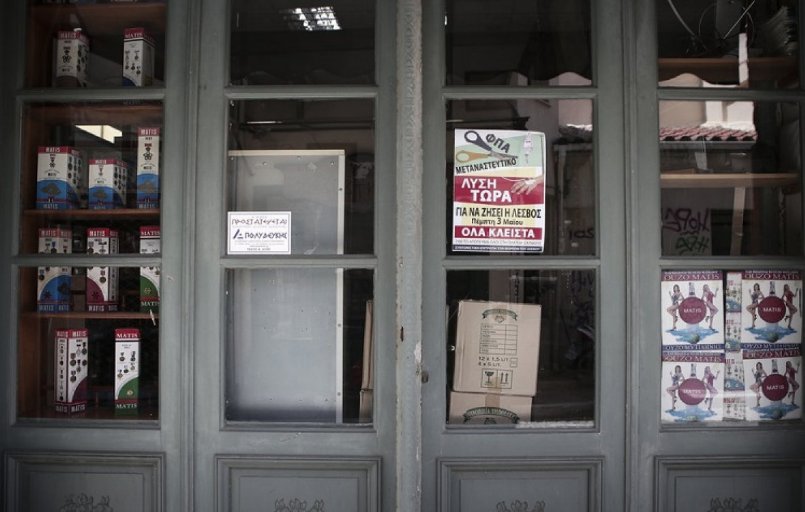 The major of Lesvos delivered a protest letter to the Prime Minister and then he joined the protests on Sappho Square, local media reported. 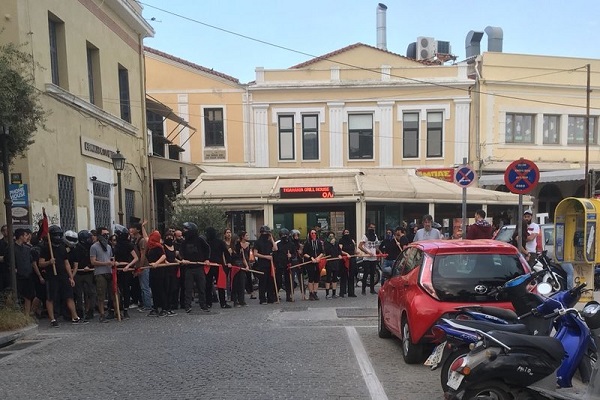 At the same time, left-wing supporters had flocked to the port demanding solidarity with refugees and migrants. 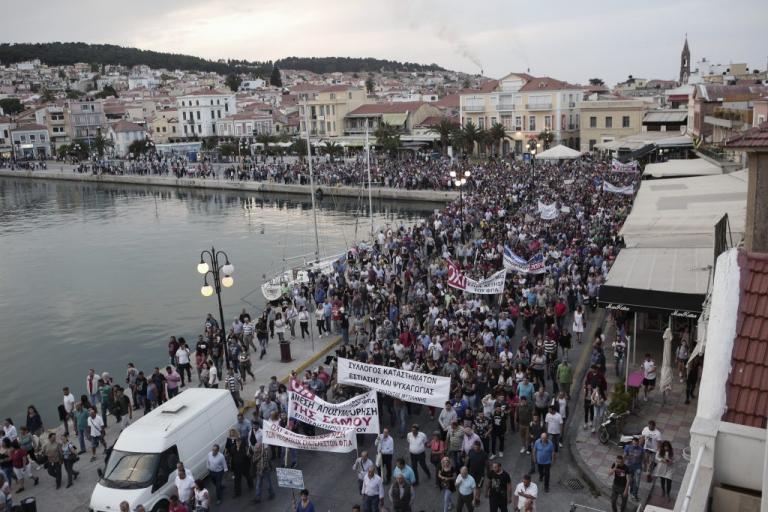 Also local authorities from the neighboring island of Chios had joined the protest demanding the evacuation of the migrants hot spots on the island.