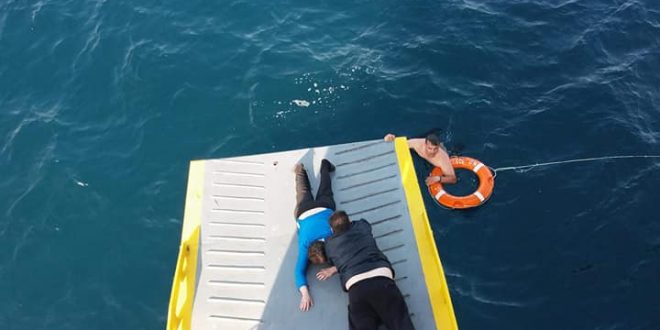 A woman was spotted swimming in the middle of ‘nowhere’, in the Saronic Gulf, 5 nautical miles south of the port of Piraeus on Wednesday afternoon. She was fully dressed. She was rescued by the crew of ferry boat Agios Nektarios that was sailing  from Piraeus to the island of Aegina. 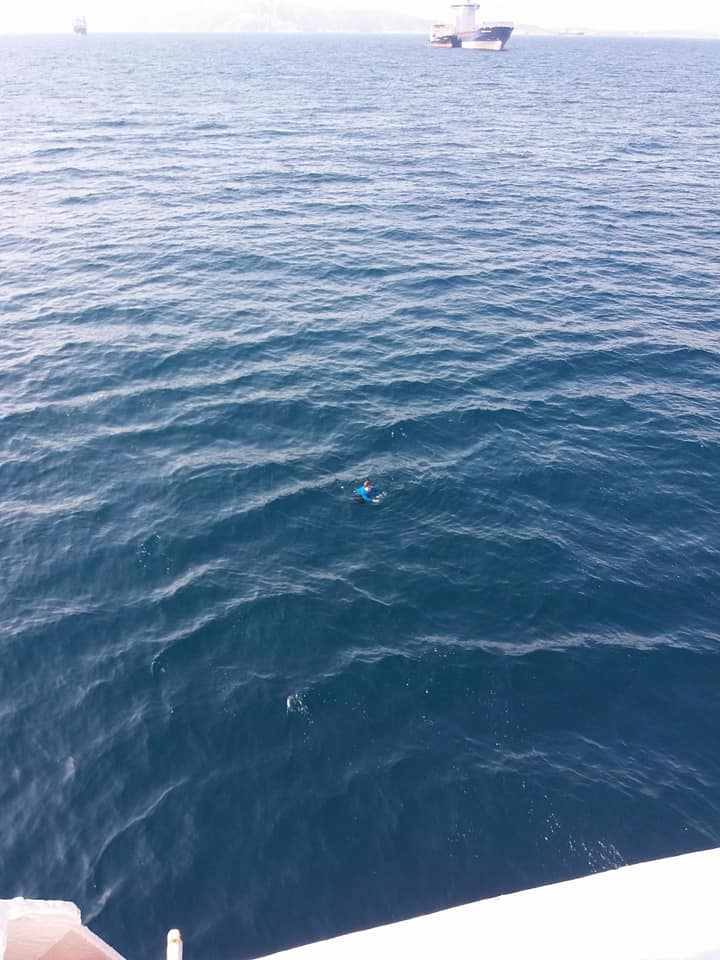 With delicate maneuvers Captain Apostolos Lazaridis lead the ferry close to the woman, the crew assisted the dramatic rescue.

The woman was not wearing a bathing suit but was fully dressed with trousers, blouse and shoes. She was not a passenger of the ferry boat. 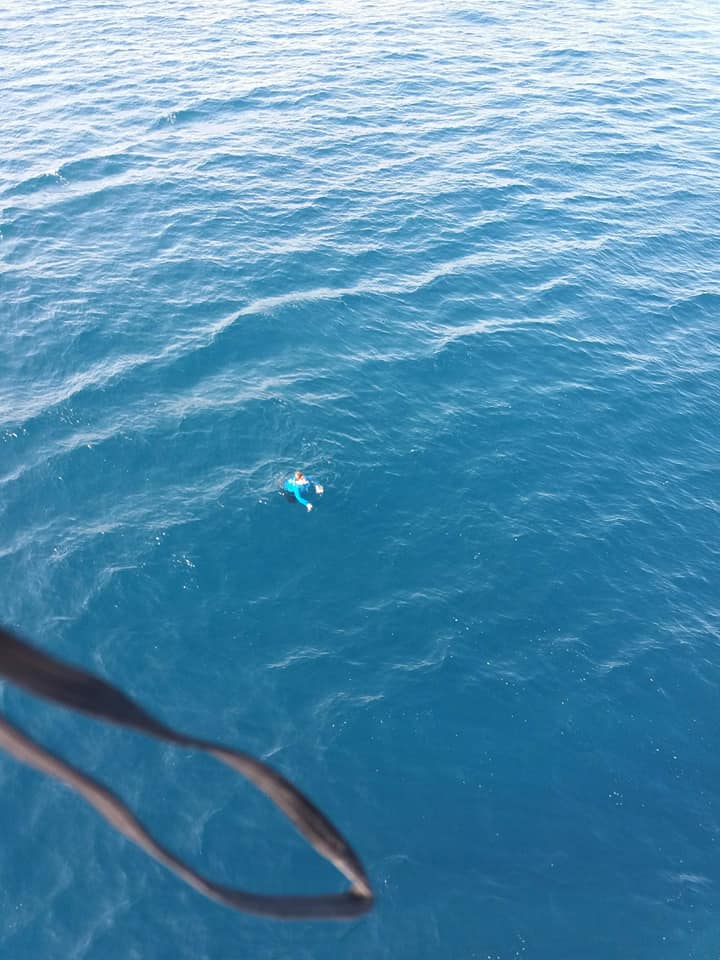 Despite the hardship the woman was in position to grab a life ring thrown by the crew. 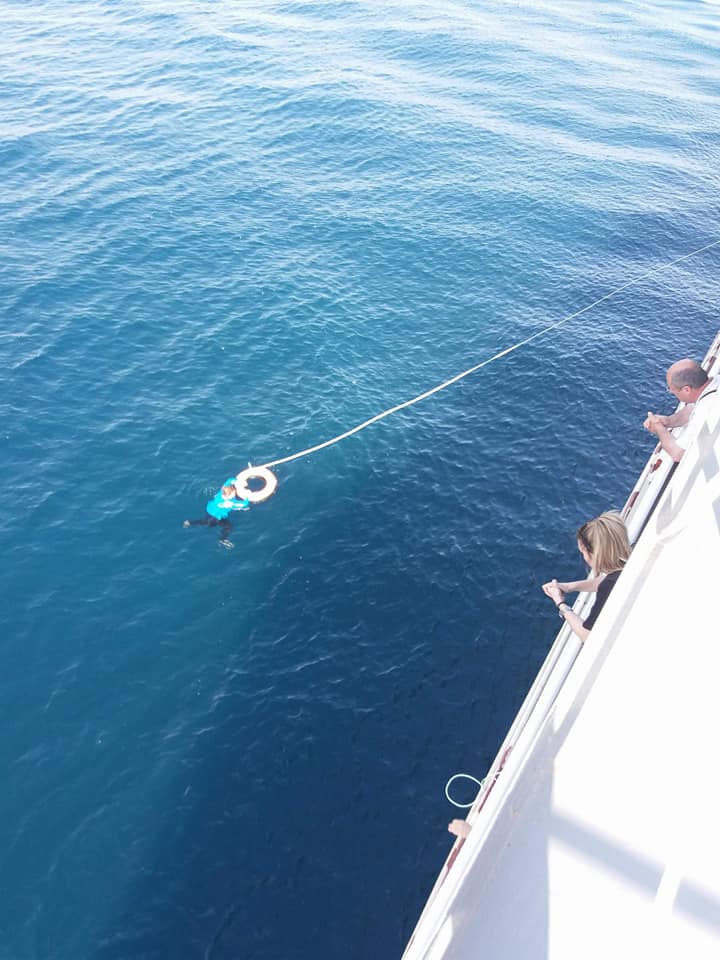 With the help of a crew member she was guided to the ferry ramp. 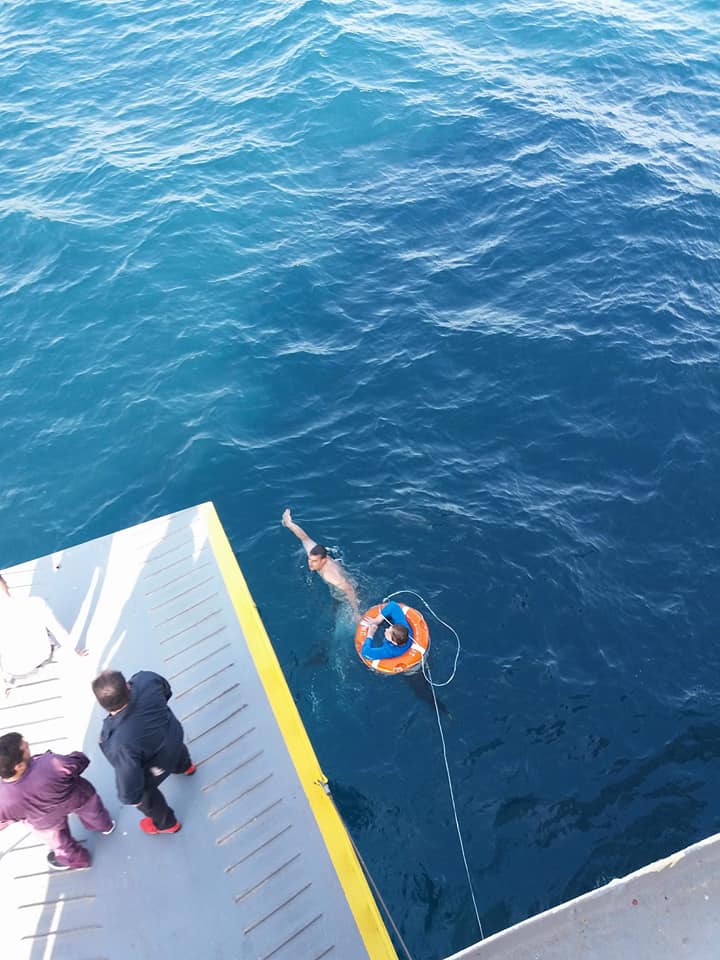 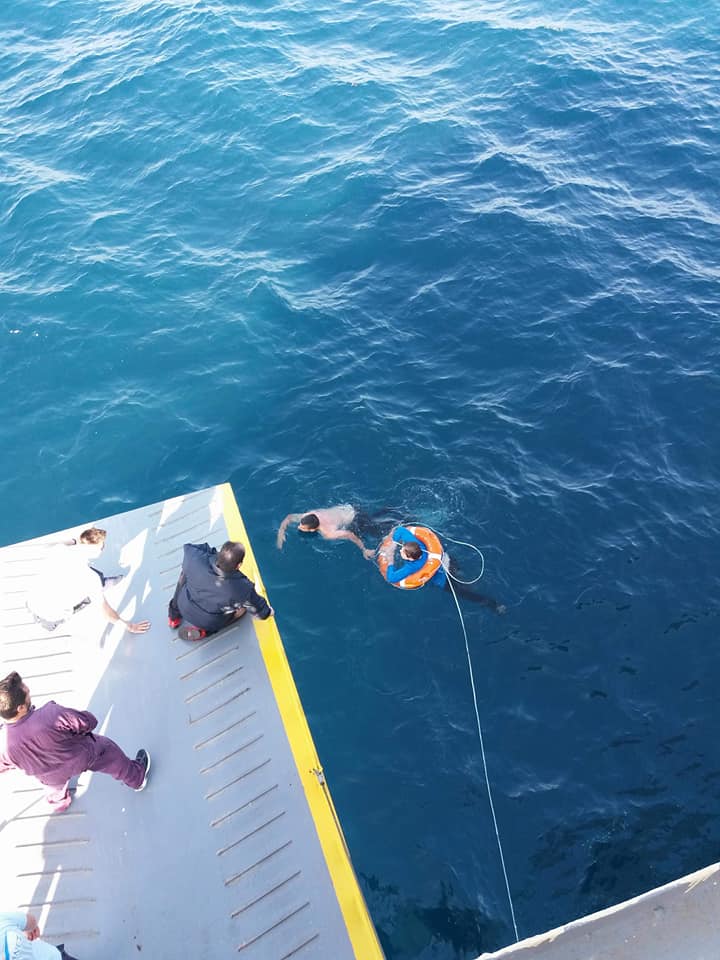 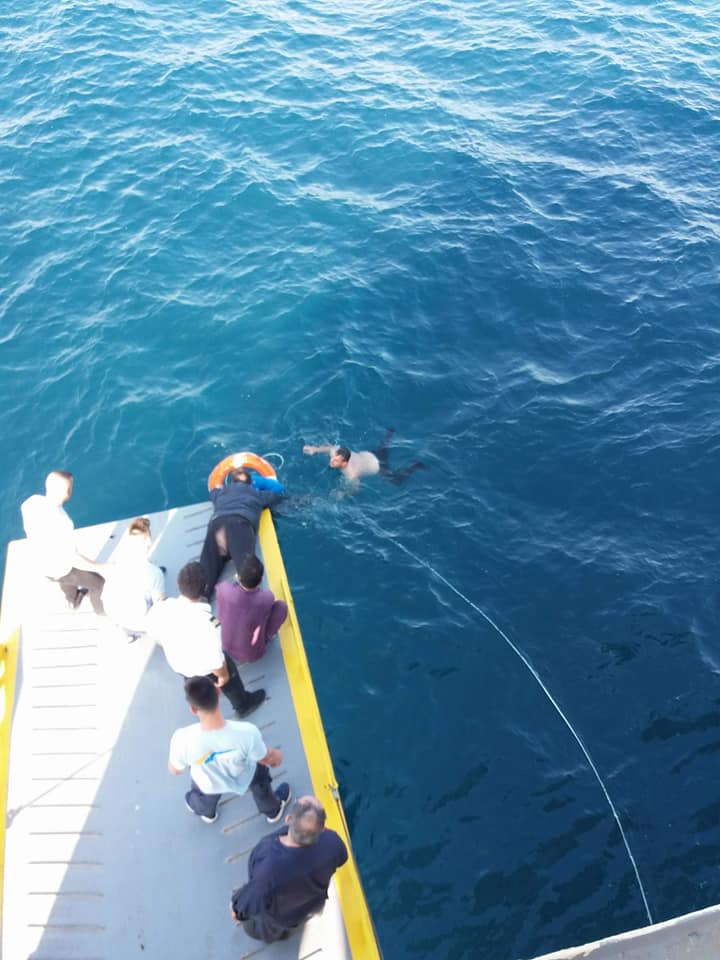 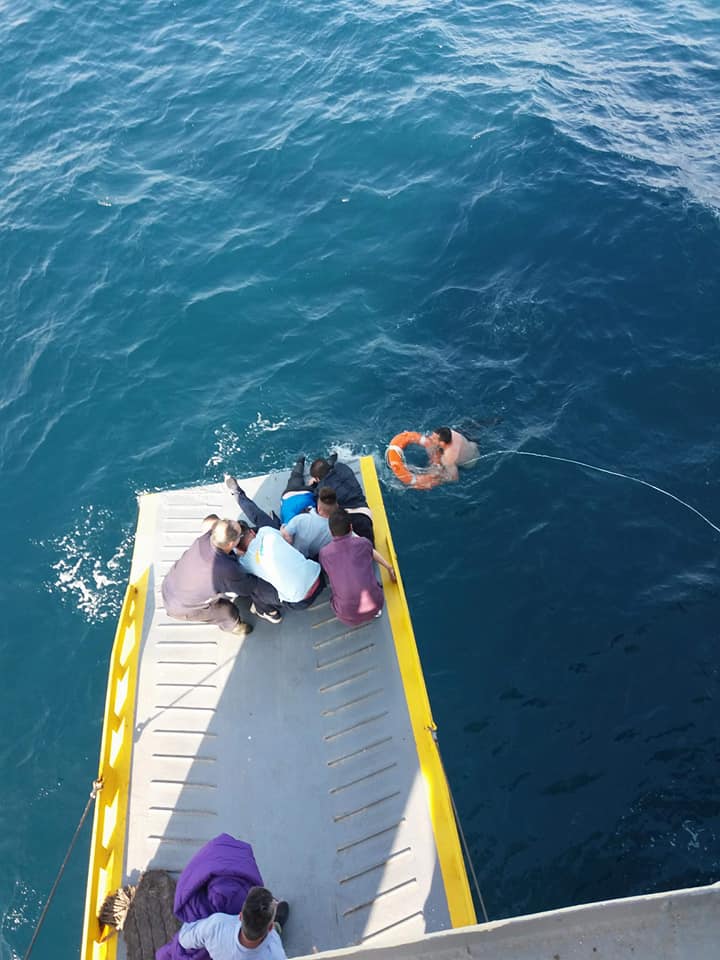 The woman was transferred with a boat and in the company of a coast guard vessel to a hospital in Elefsina. 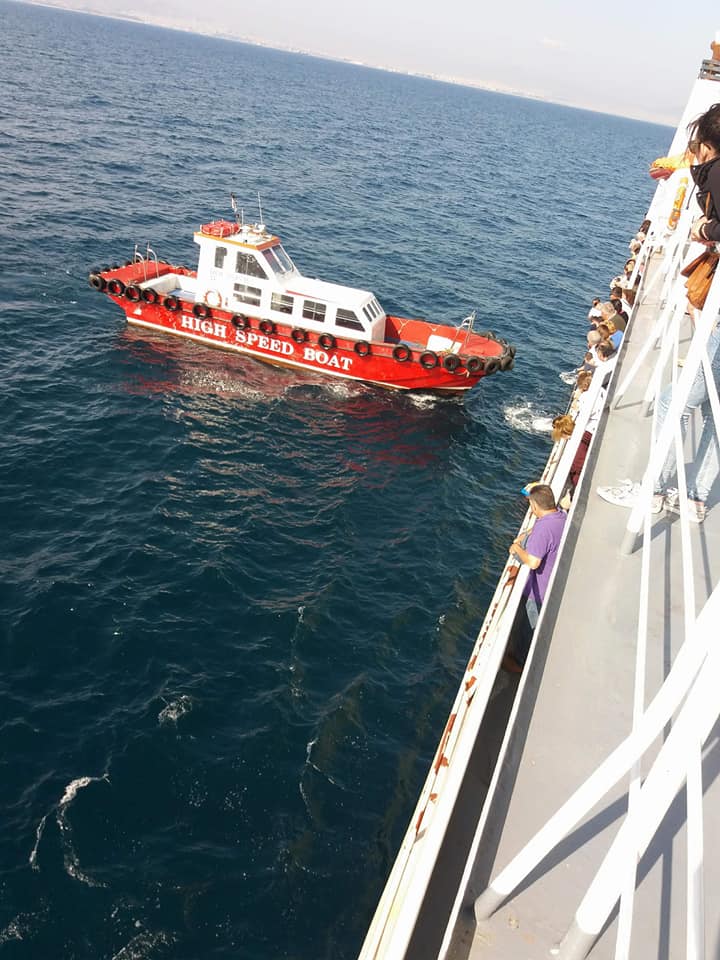 Thursday noon, and the women reportedly remains hospitalized and in a shock. 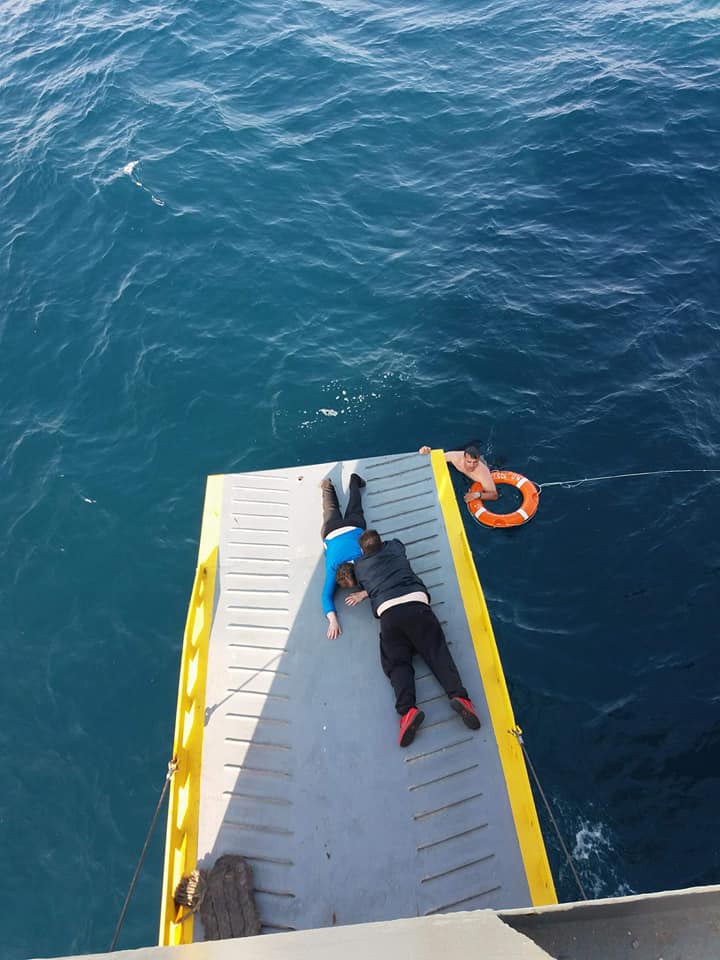 The Greek Coast Guard said in a statement that the woman was 69 years old.

No other data about her identity have been disclosed or the circumstances under which she was swimming in the middle of the Saronic Gulf.

Is the woman victim of a crime, did she fall from another ship or attempt a suicide?

The Coast Guard is investigating the circumstance under which the woman was found in the sea.

The distance between Aegina and the port of Piraeus is 14.5 nautical miles.

The pictures were shot by Sotiris Marmarinos who posted them on Facebook.