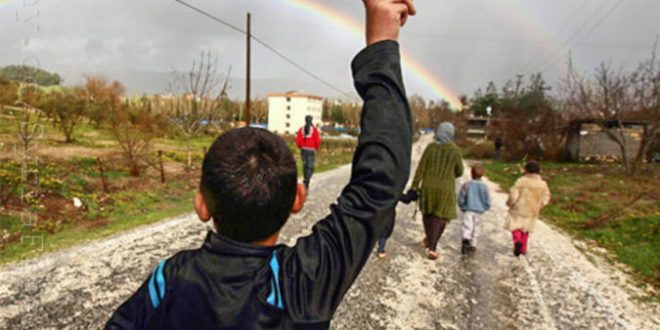 May 23, 2018 Uncategorized Comments Off on Groundbreaking initiative for unaccompanied refugee teenagers in Greece 435 Views

At a particularly hard moment for the 3,150 unaccompanied children in Greece, with more than 2,300 of them living under precarious conditions – in detention, camps or even on the street and many of the accommodation facilities being shut down – the suggestion of alternative solutions is of crucial importance.

To this end, METAdrasi, with support and funding from UNICEF, initiated in January 2018, for the first time in Greece, the groundbreaking activity, “Supported Independent Living for Unaccompanied Minors” aged 16-18, which, apart from covering their housing needs, focuses on leveraging and strengthening the teenagers’ skills and potentials, aiming at their smooth transition into adulthood and integration into Greek society.

“We cooperated with institutional entities and organizations from abroad, studied the multiple models implemented for decades throughout Europe, as well as best practices and the Greek legal framework and we have created a comprehensively safe environment for unaccompanied minors”, explains Claire Pavlaki, the project’s manager. “Our effort was substantially supported by the contribution of the Public Prosecutor for unaccompanied minors and METAdrasi’s Guardianship Network for Unaccompanied Minors, as well as the collaboration of the National Center of Social Solidarity (EKKA)”.

“The recognition of the need to implement alternative forms of care for the vulnerable group of unaccompanied children is an important step towards their protection and their smooth integration into society. The Supported Independent Living project was designed with the support and guidance of the competent authorities, in order to approach each child’s needs individually, and we hope that it will be established as the basic model for their care and protection”, added Lucio Melandri, Country Coordinator of UNICEF’s Refugee and Migrant Response in Greece.

The first apartment of the project is shared by four teenage boys, who have been living in Greece for over a year, having gone through, for several months, the harsh conditions in Moria and Vial hotspots. “I am very lucky to be living here; I have my own bedroom and my own desk. I can finally do my homework in tranquility and focus on my personal aims”, says M., who wants to study law and understands that he has a long way ahead. In his turn, A. expresses his aspiration to take psychology courses, “in order to comprehend the way people think and change the world”, as his friends say. The third teenager, P., loves football – his two flatmates call him “the next Messi” – while K. moved in just four days ago and he already feels at home. Their daily schedule starts at six o’clock in the morning, with breakfast, a bit of studying and transportation to school. In the afternoon, they take Greek and other language courses by METAdrasi’s volunteers and they participate in sports activities. Realizing that this apartment constitutes the activity’s pilot phase, the boys stress out: “We will do our best to ensure that the project succeeds, as we know that in this way more teenagers like us will benefit”.

The remarkable results on the children is the driving force that impels METAdrasi to expand the activity. The second apartment of the initiative has already welcomed the first teenager and more are expected to move in soon. reliefweb