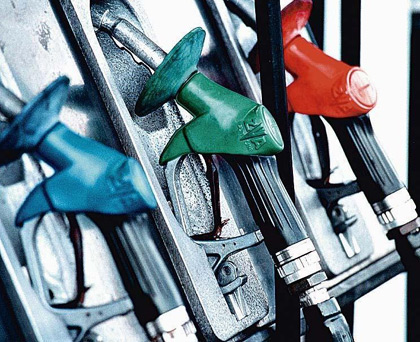 Fuel prices skyrocket, on some Greek islands reach €2 per liter

May 24, 2018 Economy Comments Off on Fuel prices skyrocket, on some Greek islands reach €2 per liter 969 Views

Unleaded gasoline has reached 2 euros per liter in some regions of Greece in the last few days, while it has been particularly expensive also in large urban areas.

In the island group of Cyclades, the average price of unleaded is already at 1.86 euros per liter, while on some islands like Sikinos and Amorgos has reportedly reach 2 euros.

It is noteworthy that there are large price differences among the Cyclades islands. Sikinos and Amrogos top the list with €2 per liter, while one finds unleaded gasoline 0.25 cents cheaper on Tinos and Syros.

According to media, the average price of unleaded gasoline is nowadays at 1.638, when it was 1.565 a month ago.

Gasoline traders justify the price increases with the turmoil in the oil international markets in the last days but also see an opportunity to criticize the government for the high taxation in the country.

The increase in gasoline will soon be rolled over to the prices of products as their transport becomes more expensive, they warn.

There are fears that high fuel costs will have an impact on tourism as well as on the manufacturing sector which is disproportionately dependent on oil.

Also, fears are already expressed that high fuel costs will have an impact on the tourism product but also on the Greek manufacturing sector, which is disproportionately dependent on oil.
The Greek Finance Ministry reportedly does not seem willing to cut taxes on the final fuel prices.

How could it? The Greek Finance Ministry sticks to its commitments towards the European lenders who demand high revenues and high fiscal targets in order to be able to have the money they lent back.

But let’s be honest. Gasoline price were always skyrocketing in Greece with the first sneezing in the oil markets, also before the bailout agreements and the high taxation.