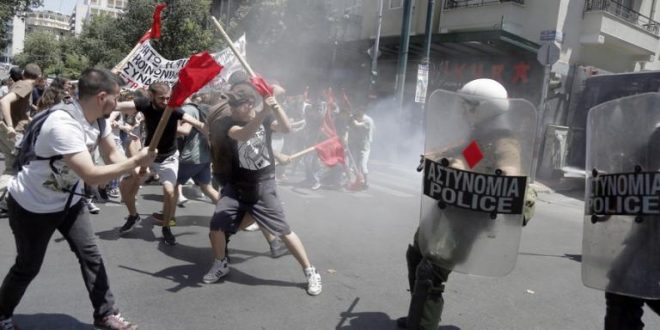 May 30, 2018 Very Mix Comments Off on Stones vs Tear gas as Greeks protest austerity on general strike day 411 Views

Stones flew through the air,  tear gas and sound flares were fired when a group of angry young protesters attacked riot police during the protest rallies on the General Strike day, on Wednesday.

A little earlier, a group of some 50 people threw bottles filled with red paint at the walls and in the area in front of the Finance Ministry in downtown Athens. the group members were wearing helmets or had wrapped t-shirts around their heads to hide their face features. 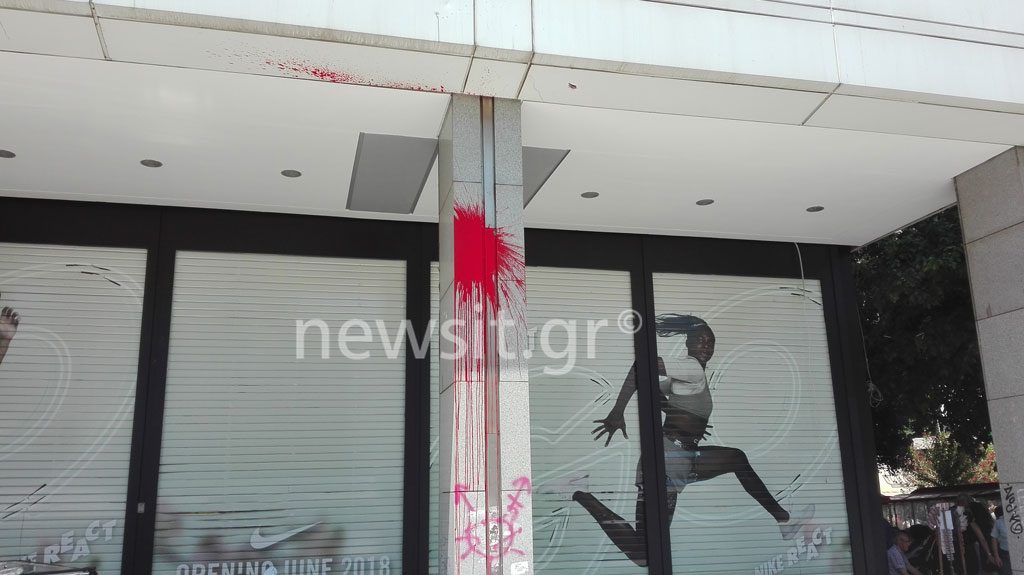 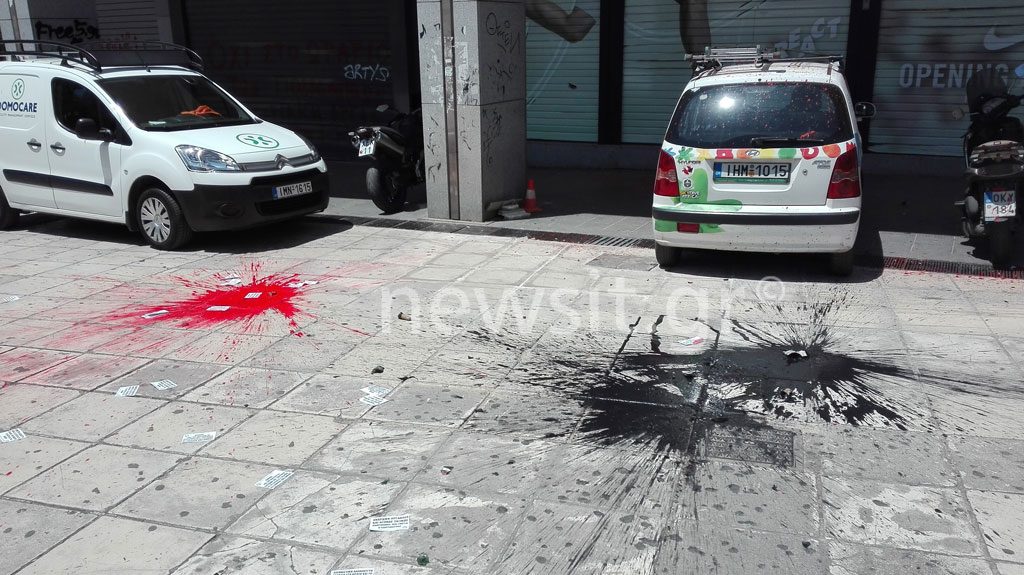 Another leftist group threw eggs and teared a banner of public and private sector unions ADEDY and GSEE. 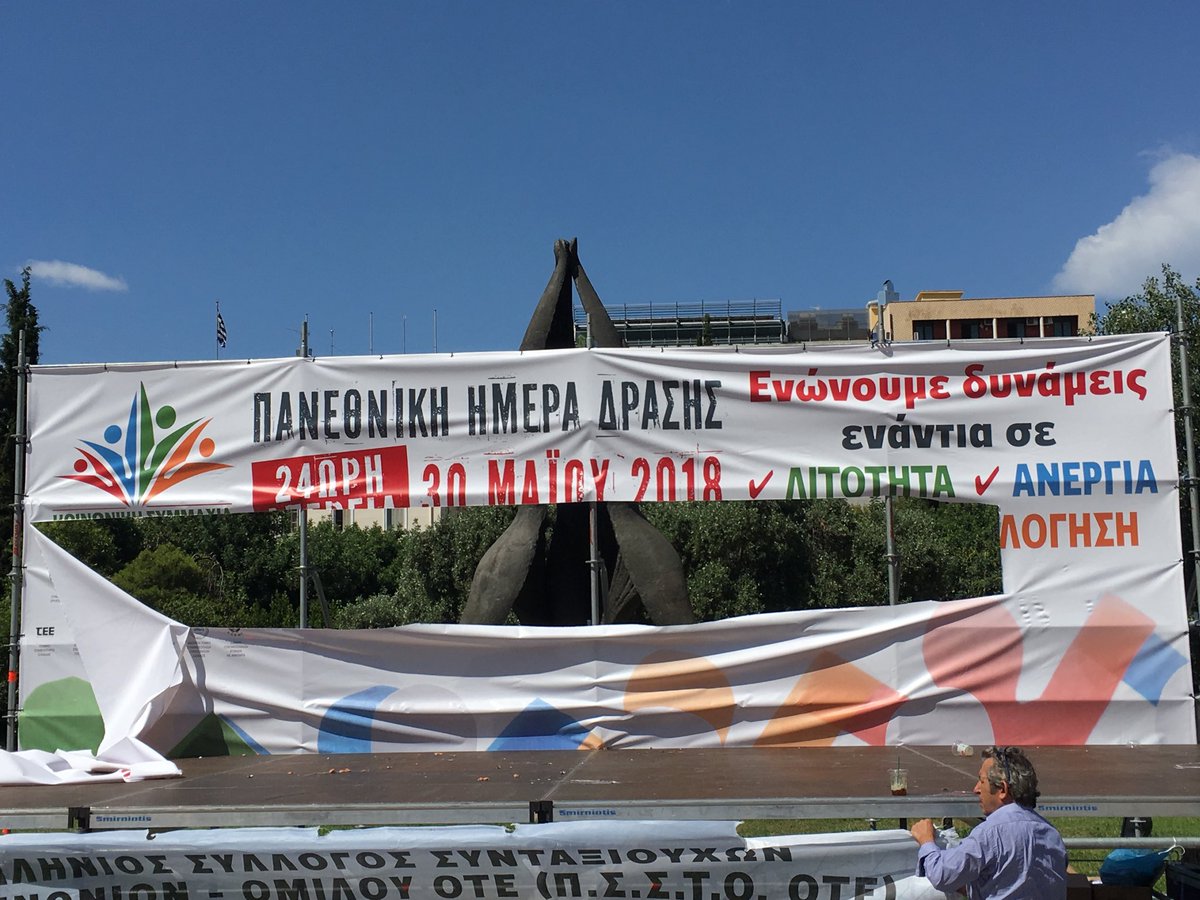 They sprayed “Bosses’ Union” on the wall of private sector union GSEE. pictures via @makissinodinos

There are some reports that the leftists threw eggs also at GSEE-ADEDY unionist.

One of unionists’ central slogans at the march rally was “Tsipras sellout!” 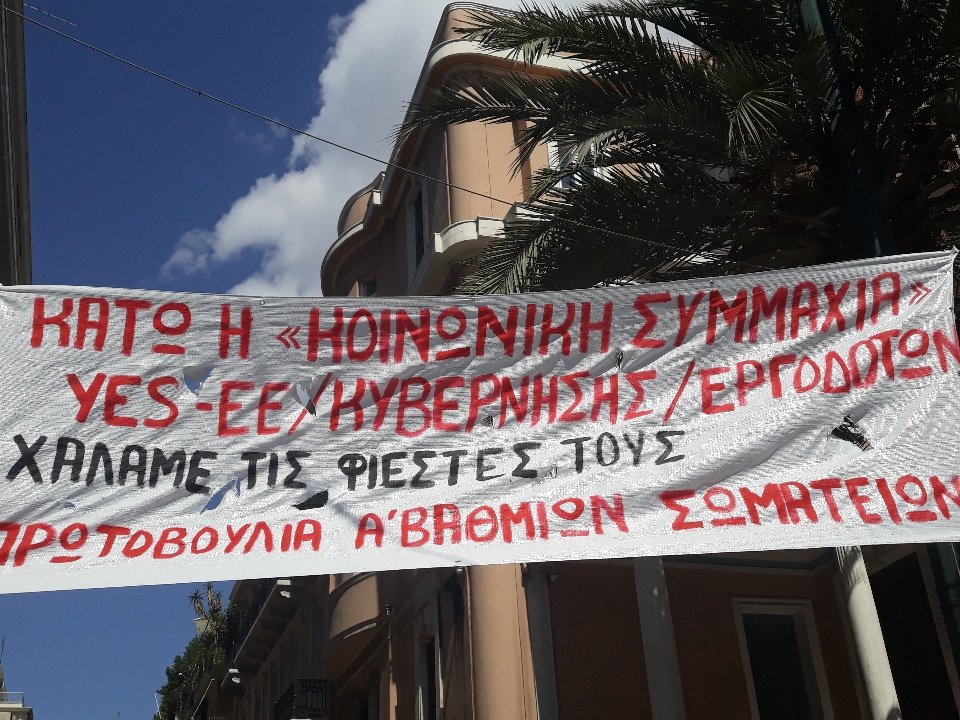 Banner by leftist Initiative of A’ instance unions: Down with the “Social alliance YES-EU/Government/Employers – We spoil their feasts.”

The 24-hour strike paralyzed Greece especially due to the strikes of workers at transportation means. Ferries remain docked, flights have been disrupted and trains have suspended operation. 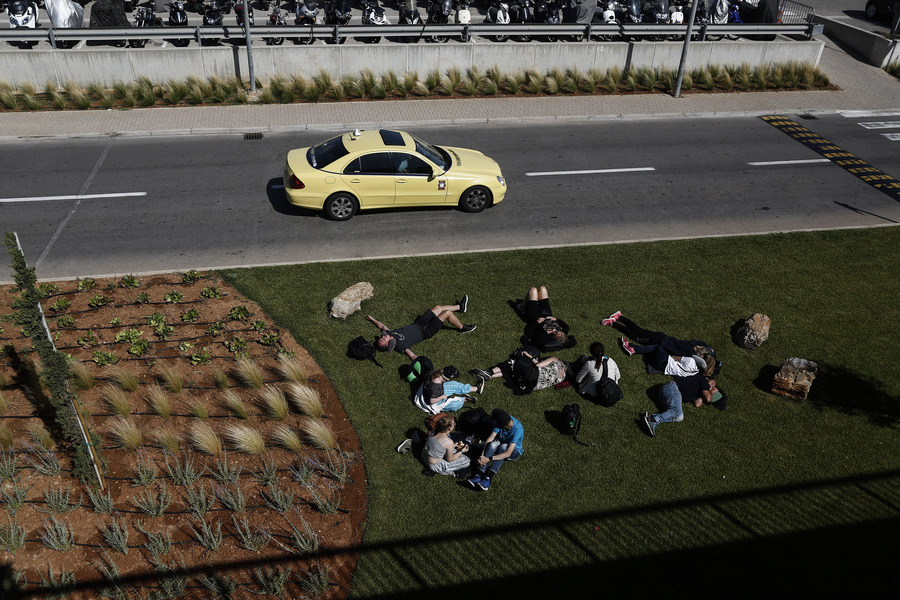